Asked today, around four months from polling, whether he was considering running in 2018, Hanna said: “I haven’t taken any steps towards [it].”

Hanna was elected to the former southern-suburbs seat of Mitchell as a Labor MP in 1997 but quit the party for the Greens in 2003 – before then quitting the Greens to run as independent in 2006. Liberal preferences saw him score a shock victory over Labor’s Rosemary Clancy – now a Holdfast councillor – but in 2010 he fell to third place in the primary vote and lost the seat to his former party.

Having unsuccessfully sought to overturn the result in the court of disputed returns, he ran again as an independent in 2014, when the seat fell to Liberal Corey Wingard.

InDaily has asked Hanna several times in the past year whether he intends to run again, and he has consistently refused to rule it out.

He was famously endorsed by Xenophon in 2006 and 2010, and the former Senator also spoke in support of his legal action after he lost his seat – when Hanna argued in court that Labor’s campaign claim he was “soft on crime” had transgressed electoral fairness.

Asked today whether he had discussed with Xenophon running for SA Best, he said: “I keep all of my discussions with political leaders confidential.”

“I’m not a member of any political party,” he added.

Hanna conceded he was “being equivocal” but said he did not “mean to imply anything”.

“That’s how it is… I’m not really commenting on it,” he said.

“I’m not ruling anything in or out.” 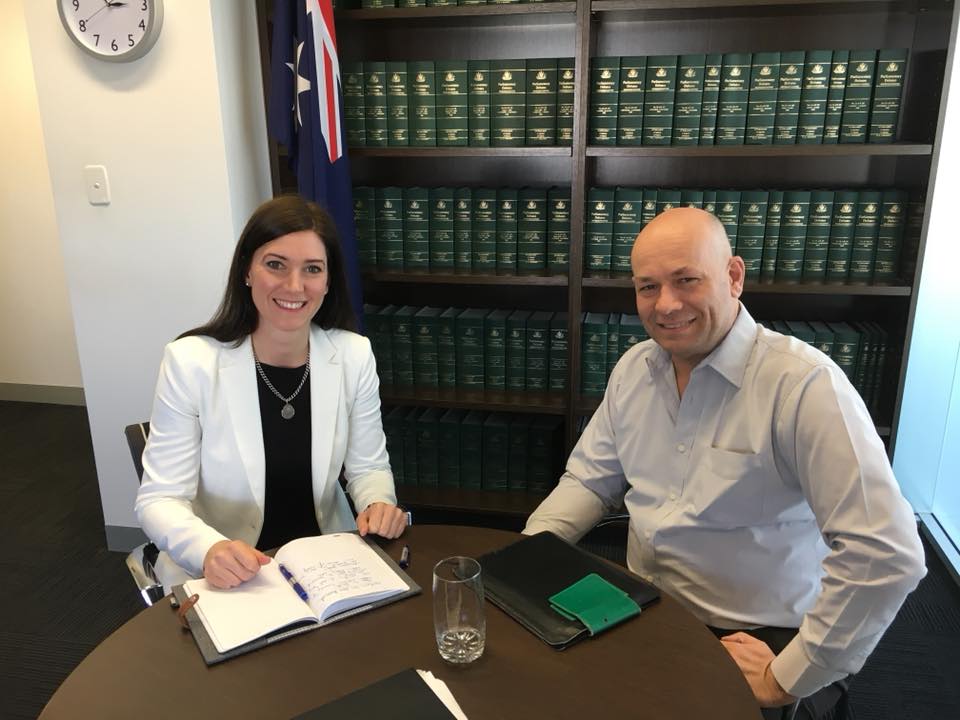 Hanna with Nicolle Flint, the Liberal MP for the federal seat of Boothby. Photo: Facebook

He maintained that if he did run, it would likely be in the new seat of Gibson, which has nominally replaced the old seat of Bright, but most candidates consider more closely akin to the old Mitchell.

“I’ve always taken the view that the Electoral Commission didn’t make the best choice when they described Black as Mitchell, and Gibson as Bright,” he said today.

The Liberal Party shared that view, with the incumbents in the respective seats – Wingard and David Speirs – opting to swap electorates for the 2018 poll.

Xenophon was equally coy today, telling InDaily he was “not going to rule [Hanna] in or out”.

“The first step is an application,” he said.

“I think Kris is doing a good job [as Marion mayor]… I’m not sure what his plans are.”

He conceded he was in contact with his former state parliamentary colleague but insisted they had not “sat down and had that discussion”.

“At the moment the priority is to get more candidates in Labor-held seats, because we want to make sure we [target] at least as many Labor seats as Liberal ones,” he said.

Xenophon maintains his fledgling party hopes to run “between 12 and 20” candidates in lower house seats, but said a selection panel was “still interviewing people”.

“We’ll have more candidates announced either at the end of this month or next,” he said.

He denied a party stipulation that endorsed candidates must cough up a $20,000 up-front candidacy fee was not an obstacle to finding suitable applicants.

“No, because I think if you’re the right candidate, those funds will be found through local fundraising and people chipping in,” he said.

“The key issue is a quality candidate – that’s the primary concern.”

He said the money went towards corflutes, support staff and other campaign material, and still paled in comparison to the amount spent by major parties in marginal seats.

Hanna agreed, saying: “To run for a marginal seat these days, I think you probably need to have $50,000 in your back pocket.” 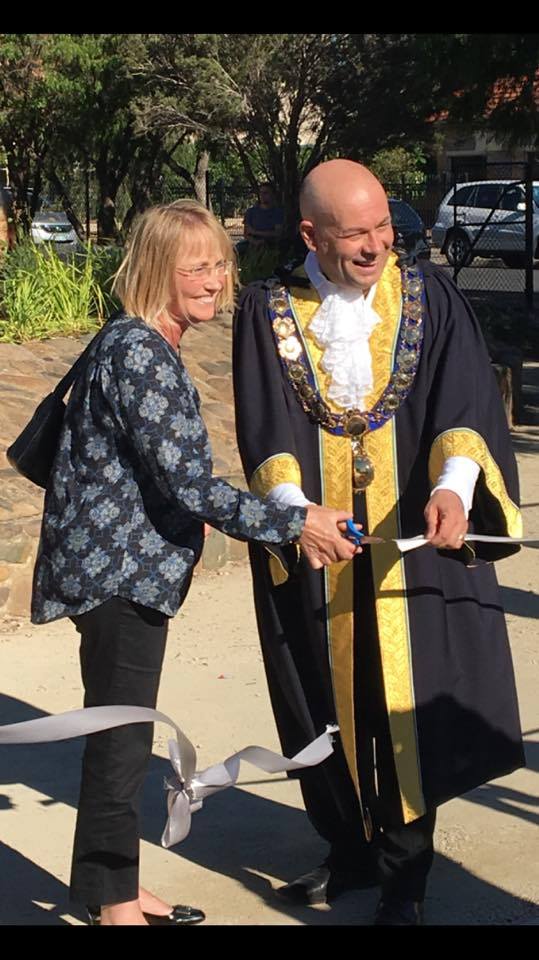 But his reluctance to commit one way or another – and the fact Labor is yet to preselect a candidate in Gibson, which has a nominal margin of just 3.2 per cent – has fuelled speculation about Hanna’s intentions.

Some insiders have even speculated he could return as a Labor candidate. Asked today whether he would rule out re-joining his former party he said he was “not ruling anything in or out”.

But it’s understood Labor will imminently announce a candidate for Gibson, with the party first wanting to finalise ousted former minister Grace Portolesi’s intentions in Hartley. InDaily revealed on Monday Portolesi was set to recontest her former seat.

She did not return InDaily‘s calls but confirmed her nomination in a sit-down interview with The Advertiser, where her husband works as a senior reporter.

Portolesi was rubber-stamped for preselection yesterday, in a state executive meeting that was brought forward after InDaily‘s story.

Portolesi’s confirmation had held up other preselections, given the ALP has a commitment to affirmative action in the selection of candidates, which can impact nominations in particular seats.

Nonetheless, many insiders expect Gibson to be a three-horse race, with Hanna joining the fray.

“I’m sure he wants to come back,” said one Labor insider.

“I’m a bit surprised he hasn’t put his hand up – I find it a bit strange. He’s in a great position as a mayor to launch his campaign [and] whatever happens he’s still mayor, so he’s got nothing to lose.”

But that is debatable, with one of Hanna’s Marion council cohorts – councillor Bruce Hull – suggesting he should show his hand given “I’ve had a public opinion about other mayors [running for parliament] that once they announce they’re a candidate they should step down”.

After a big month of comeback bids for state parliament, Portolesi’s fellow ousted frontbencher, Chloe Fox, insists she’s not about to join the rush to return.

“I think you can safely say at this point in my life I’m not contemplating a return to politics, as I’m very happy advancing my educational career,” said Fox, who returned to teaching after losing her seat of Bright in 2014.