The Adelaide City Council used to decide on almost everything twice – but this year adopted a decide-once model.

Before the start of 2017, the council would gather for a “committee meeting” on the first Tuesday of every fortnight, to decide what to recommend to its future self at a “full council meeting” the following Tuesday – so that it was often seen to be backflipping on policies it had endorsed the previous week.

Reformist CEO Mark Goldstone successfully pressed the need for change, and this year the double-dip decision-making structure was replaced with a “workshop-style” committee meeting and a single decision-making forum in the “full council meeting”.

But on several occasions over the past year, the workshop has only just managed to attract and maintain enough attendees to legally meet in public, while the full council meetings have carried on into the night – sometimes ending as late as 10:30pm.

In June, the council was forced to cancel a regular Tuesday meeting – for what was believed to be the first time in decades – because too few elected members were available to attend.

Only four councillors out of the 12 – Megan Hender, Anne Moran, Sue Clearihan and Phil Martin – have a perfect attendance record for the meetings they were due to attend last month.

North Ward Councillor Phil Martin told the meeting the council was often making decisions about the “expenditure of large sums of money” late in the evening, when they were “exhausted” – while the workshop was regularly on the “edge of collapse” for lack of attendees, or councillors wanting to leave early.

“The reason why people have no real appetite for it (the workshop-style committee) is because there is no purpose other than talking – no matter how important the talking is,” Martin said.

“At the other end, in council (the full council meeting) … people are grumpy in there, council runs very late, it is common for council to go to 9:30 at night.

“And by 9:30 at night everybody is pleased to get out of there.

“It’s decision by exhaustion (…and) those decisions involve the confidential expenditure of large sums of money – and yet they are at the end of the evening when everyone is … exhausted.”

“The fact that we aren’t engaging at committee with anywhere near as much enthusiasm and energy as we engaged (previously) is an indication that something’s wrong with the system,” she said.

Area councillor Anne Moran argued that the council’s decision-making processes would work more effectively if the meeting agendas were driven by the councillors rather than being selected by council staff.

“Councillors have lost interest,” she declared.

“It has to be relevant to our political ambitions – not a convenience for the administration.

“No system will work unless the councillors are being listened to … and their projects put before anything else, because tonight is a complete waste of time, and they have been for a long time.”

Moran has, herself, been criticised by other councillors for getting to meetings late, or leaving early – as has South Ward councillor Alex Antic.

Lord Mayor Martin Haese told last night’s workshop that criticisms of the new meetings structure had “a lot of merit in them” but “the cold, hard reality of a capital city council is (that) you have a pretty heady workload”.

Goldstone acknowledged the councillors’ concerns and said it was possible the council could return to the old double-dip system, or adopt something new entirely.

“I hear what you’re saying as council members,” he said.

“There are a number of options that have been used across Australia … we’ve put in place one of those options and there are positives and there are negatives and I recognise that.

“What we can do is undertake a review … because we now have the knowledge of the past 12 months – there’s no reason we can’t change.”

Area councillor Natasha Malani told InDaily she was absent from last night’s committee meeting because of a work function – which she had booked because council meetings generally only happen on the first four Tuesdays of every month, and yesterday was the fifth. 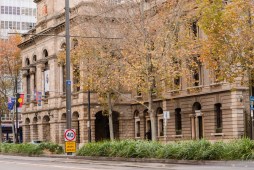 City council fails to turn up to own meeting

Central Ward councillor Houssam Abiad was absent from last night’s meeting because of a death in the family.

He told InDaily the committee meetings were “designed” to be non-compulsory and “boring” so that councillors who had questions on policy matters would have a forum to ask a large number of questions.

But he said it was “unfair” to councillors who were already well-versed on relevant policy to have to turn up – but that all councillors should attend the full council meeting if they can.

Abiad asaid he intended to move a motion at a future council meeting to remove the need for a minimum number of councillors at the committee meeting.