As of last month, about 550 (or 75 per cent) of the 738 workers who lost their jobs at the factory since Holden announced it would close its doors in late 2013  have found new work elsewhere, according to the company.

But almost one in 10 are still looking for work.

A further 8 per cent of the factory’s December 2013 workforce has moved into retirement, while 2 per cent have begun full-time study and one per cent have started volunteering.

But more than 900 of their former co-workers will join them all in post-Holden life today, as the plant closed its doors.

“This is like a family, so we want to make sure that we’re there for them,” said Getgood.

GMH had been “engaging with employers from around Australia and inviting them to tour our plant, to see first-hand the skills of our employees and identify potential job opportunities in their organisations”.

“The only reason those numbers (of re-employed workers) are as good as they are is because of the fantastic skills and talents of our people,” he said.

“They’re using them in a range of diverse industries – everything from construction to retail, horticulture, transport… it’s incredible where they’re all going.” 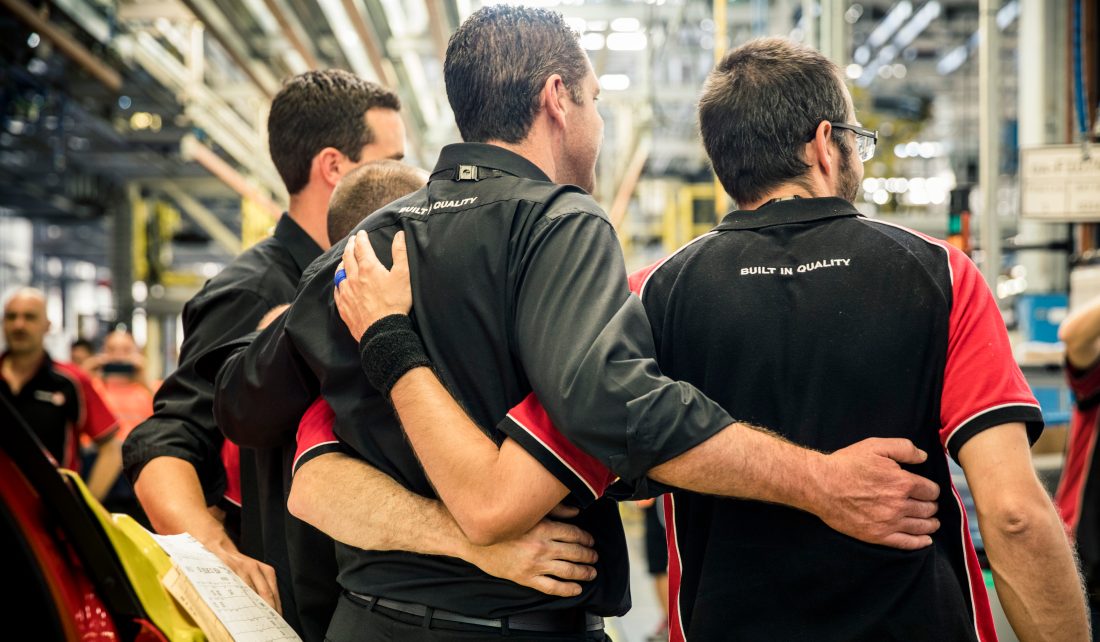 According to a statement from the company today, the rate of successful transition to employment or study had set “a new benchmark for any Australian industry”.

Getgood said Holden was receiving regular requests from other companies who had employed former workers, “saying ‘hey, how can I get more of your people?’”

“The connection we’ve got with Australia has been forged over decades, and you don’t let that go.

“The brand, ultimately, is made up of people – made up of Australians.”

Holden communications director Sean Poppitt said the company wanted to use today’s closure to celebrate the work of the plant’s employees over the decades.

“Today is about the people… a very proud day for Holden; sad, yes – emotional,” he said.

“But this is all about recognising the people in the plant behind us who’ve literally build the Holden legend over the years.

“There’s an enormous amount of pride and passion for the Holden brand… 25,000 people lined the streets of Elizabeth last weekend, which was just fantastic.”

Poppitt said Holden would continue to employ thousands around the country and that its transition centre for former Elizabeth plant workers would remain open for at least the next 12 months. 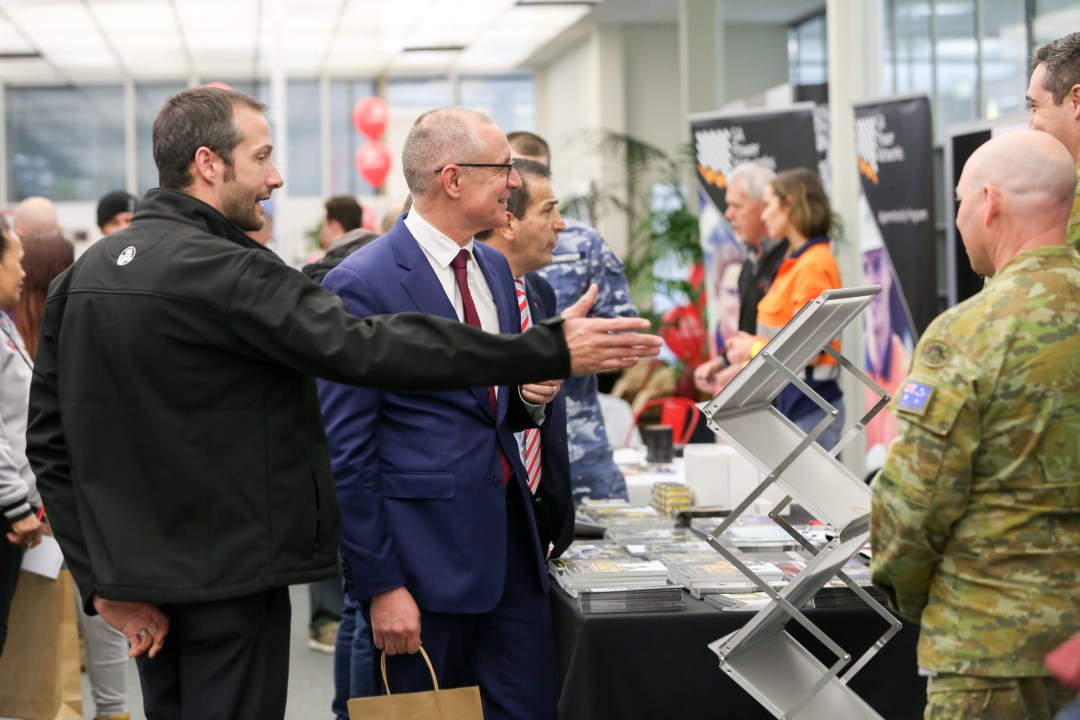 “We’re also going to retain our design and our engineering… people for the long haul.”

Addressing reporters this afternoon, Holden Chairman and Managing Director Mark Bernhard batted away questions about Holden’s reasons for shutting down in Australia, insisting today was about “celebrating, with these employees, everything they’ve achieved”.

“Let’s not go back and delve up the history,” he said.

“Let’s celebrate what we have here with the people in this plant.

“I’m not going to delve into the history – today’s about this plant and this group of employees.”

General assembly team leader Andy Reade, who joined Bernhard addressing reporters, said it was “a very sad day”, but that he and his mates would survive.

“Four years ago, a decision was made that changed our lives – we searched for answers, someone to blame, but – like Holden, we adapted,” he said.

“Today is a very sad day for me, for Holden and for South Australia, but we walk out of here with our heads held high, still full of pride and passion for the company.

He said he was studying to become a nurse.

He’s among the remaining 900 factory workers will leave the South Australian plant for the last time today.

He’s been asked over again if the federal and state governments should have done more to save the company and to save the car manufacturing industry but it’s a discussion Smedley chooses not to join.

That’s partly for his own wellbeing.

“There’s no point in being angry about it,” he said

“When the announcement was made, yes, it hurt. But I’m just moving on.”

Smedley has worked for Holden for the past 16 years and while he has already secured a position in the defence sector, he chose to stay to the end.

“Being in a leadership role, I wanted to be here to see the last car built,” he said.

“If I left earlier it would have felt like the captain deserting the sinking ship. It didn’t feel right to leave.”

But that doesn’t mean he didn’t take the announcement to heart.

“You felt like you’d been kicked in the guts. It was horrible,” Smedley said.

“But people pulled themselves back together very quickly.

“At least that gave people certainty. At least we knew we had four years of employment and plenty of time to progress to something after Holden.” 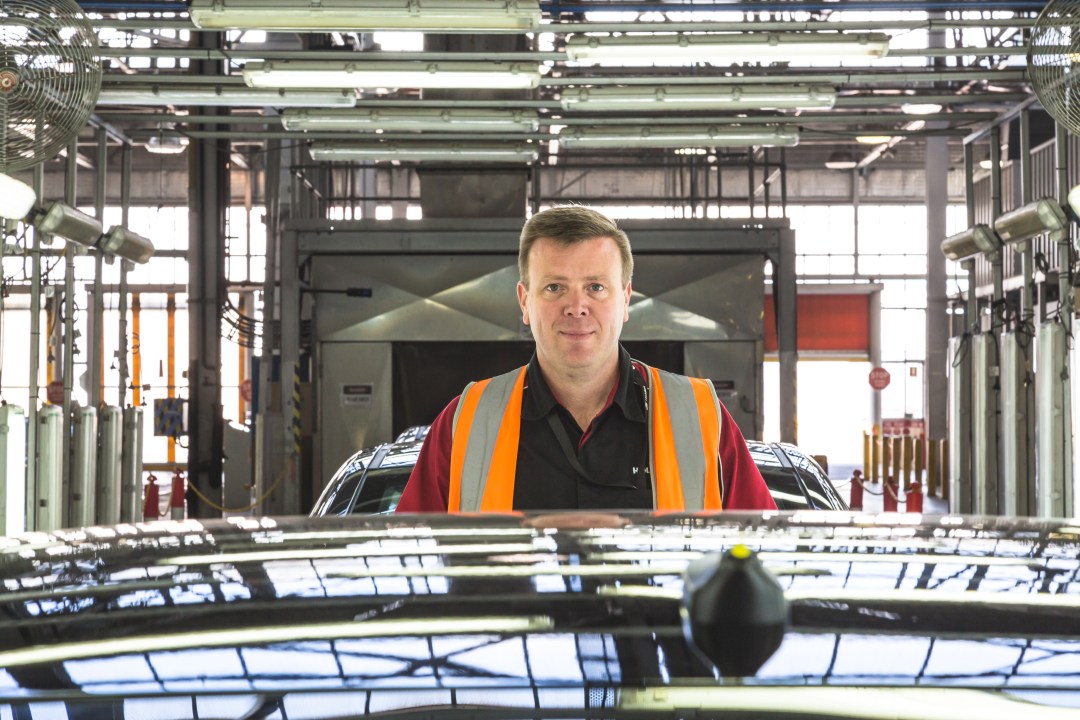 His family, including his three children, will follow next year.

He says he will miss his colleagues at Holden who he said had an incredible passion for the work they performed.

“If we’re not Holden fans, we’re car fans. Building cars is what we love,” he said.

He also looks at his forced change of job as a life lesson for his children.

“I’ve come to learn it’s just a part of life in Australia,” he said.

“It’s been a good opportunity to show my kids that if you want something in life you may have to go and chase it.”

He said the hardest part of Holden’s decision was going home to tell his wife and children he was going to be out of a job.

“It was pretty tough. We had a pretty good idea what was going on but it was very nerve-racking,” he said of the announcement.

“Then having to take that news home was really tough to deal with.”

He said he’d been lucky to find what he believed was the right job for him to continue his career development but admits it might not be so easy for others.

Allison said it could be tough for anyone wanting to stay in Adelaide’s north where the job market was challenging, to say the least.

Among the ten per cent of GMH workers yet to find a new role is production line worker Heather Sinclair.

It’s a double whammy for her family because her partner also works for Holden and also faces an uncertain future.

But instead of searching for work in Adelaide, the pair will head for Queensland, hoping for a fresh start but still unsure what they will do.

Sinclair said that like most of her colleagues she was initially shocked by Holden’s decision to close its assembly operations.

“We’d hear the rumours but we all hoped it wouldn’t happen,” she said.

“When they actually made that announcement we all stood dumbfounded, hoping it wasn’t actually real.”

Telling her children was also “a bit scary”.

“I think we hadn’t really absorbed it properly to start with. It was kind of surreal,” she said.

“But when we actually got that end date, that’s when it got real.” 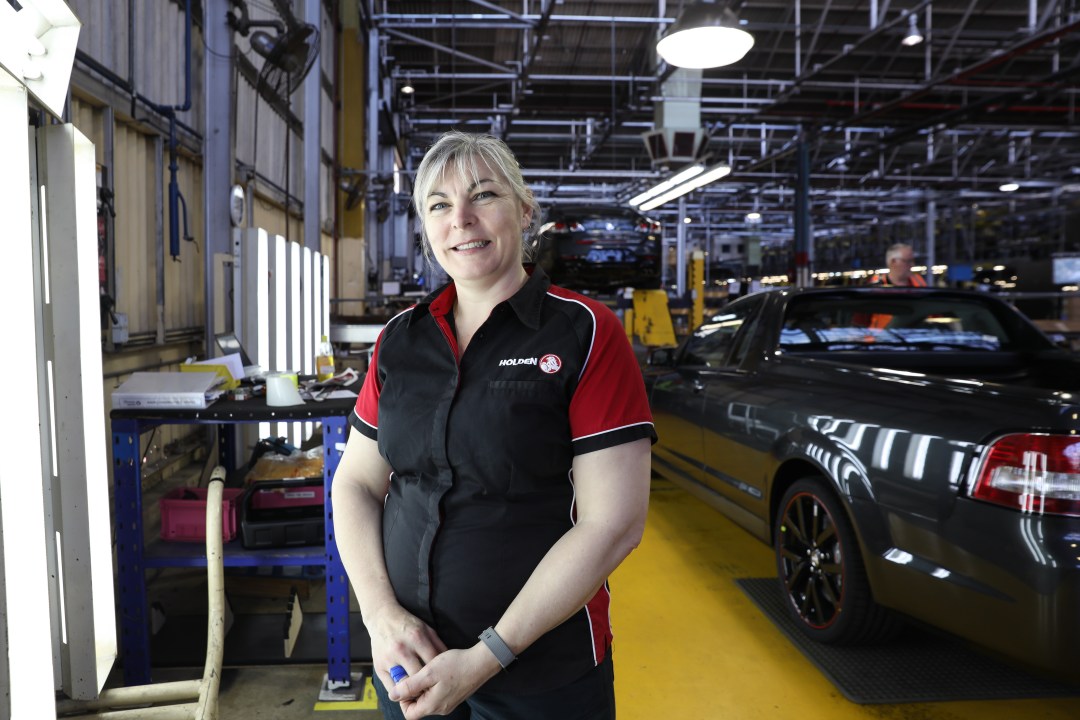 Sinclair has worked at the Elizabeth factory for the past 14 years but her partner is a 30-year veteran.

Their move to Queensland is partly the desire for a change and partly for health reasons because she suffers from asthma.

But she’s also mindful of the just how difficult it’s become to find work in the area. 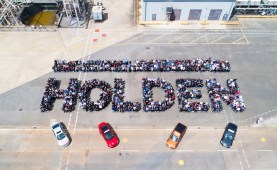 "Holden gave me everything I have"

“I look at all the houses going up for sale, you see this change that’s happening,” she said.

“I guess that’s the worry in the northern suburbs about not having the employment here.

“We’re all fighting for the same jobs.”