The Alstom Citadis 302 streetcars are being shipped to Adelaide, with Transport Minister Stephen Mullighan saying the Government saved more than $6 million from its budgeted $15 million on the purchase because they had been originally built for a bulk order in 2008 before being deemed surplus to requirements.

He said they had been part of a 70-car order for use in Madrid by Mintra/MetroLigero, but were placed in storage on arrival and never used.

“The State Government… has been able to negotiate an exceptional deal and value for taxpayers with the three new trams costing less than $9 million,” he said in a statement.

“The trams, stored in Madrid, have never been used in service, have been maintained to a high standard and are in as-new condition.” 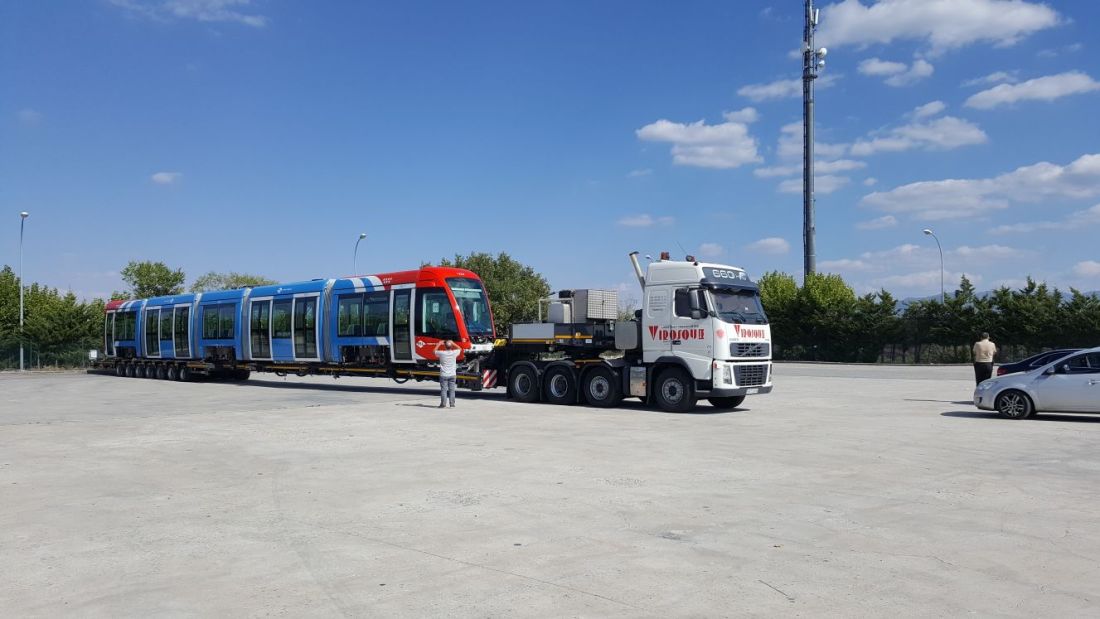 A tram being loaded for shipping.

He said Transport-appointed engineers had “thoroughly inspected the trams” before the purchase was finalised.

Adelaide already has six Alstom Citadis 302s in service, and Mullighan said “expanding our fleet with the same type of trams will also deliver efficiencies, productivity and operating cost benefits”.

They are due to arrive in Adelaide by mid-December and will “significantly increase capacity on the existing network as well as deliver new services on the Government’s $80 million tram extension along North Terrace to the East End and to Festival Plaza”, Mullighan said.

The extension works are the first stage of a broader expansion, with future stages planned through Kent Town to the eastern suburbs, as well as to Prospect and a larger city loop.