Infrastructure Minister Stephen Mullighan today announced waste management company Veolia had been chosen as the successful tenderer, but the company will pay only around $7 million for 20 hectares of the 407ha parcel of land – partly offset by the Government committing $2 million to upgrade road infrastructure around the site.

Veolia Group – with its subsidiary Integrated Waste Services – has a five-year option to buy up to 182ha more of the land on site, which it says would see the development of “an environmentally efficient logistics and employment precinct including Veolia’s new SA head office, a nation leading ‘Energy from Waste’ facility and metropolitan Adelaide’s largest solar farm”. 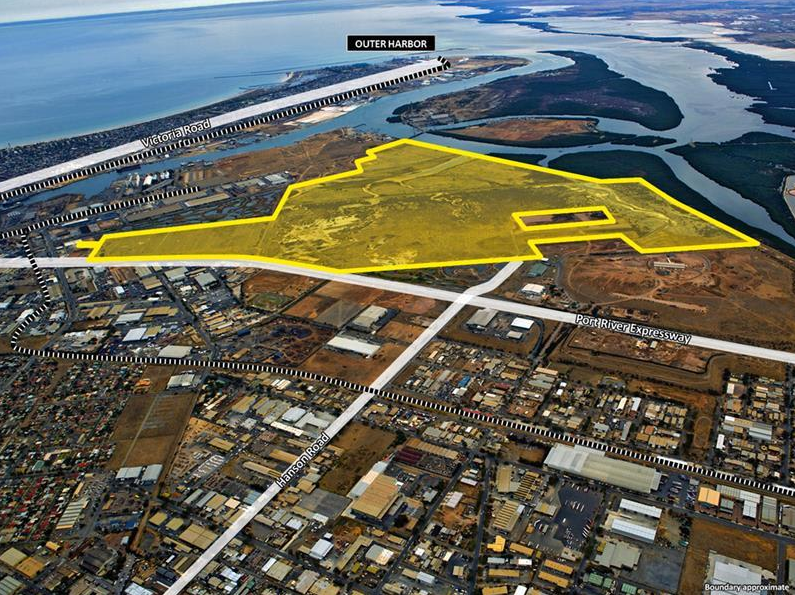 An aerial image of the Gillman land up for tender.

The minister concedes much of that is contingent on the further land sales eventuating, of which there is no guarantee.

But he was pushing the positives today, for a site which has seen successive failures, from the abandoned Multi-function Polis to the recent scandal of an unsolicited bid pushed through to a deal despite opposition from the Renewal SA board, and which has since been roundly criticised by both the Supreme Court and the Independent Commission Against Corruption.

“It’s a really good thing for the state that something’s happening at Gillman,” he said today.

“This is the first land sale at Gillman for many, many years, with a company putting a stake in the ground and making an investment… we hope that has a spillover effect in this precinct that will be good for jobs and good for industry.”

Opposition spokesman David Pisoni said he was “pleased that there’s a start, but it’s four years behind simply because of the bungling of this Government”.

“The Government didn’t go through proper process, and South Australians have paid for that,” he said.

Premier Jay Weatherill, who personally intervened to help facilitate the disastrous deal with consortium Adelaide Capital Partners – which pulled out of the sale last November – has previously defended the planned ‘oil and gas hub’ as a boon for jobs.

But Mullighan conceded today any “big jobs spur” from the new deal would be contingent on “those future stages” of the land sale, of which there is no guarantee.

“This is about getting a successful land sale, providing the opportunity for significant development – that’s what we’re most pleased about seeing here,” he said.

Weatherill, and his Treasurer and fellow ministerial proponent of the original deal Tom Koutsantonis, were both notably absent overseas today, but Mullighan insisted the Premier had not been kept away from the subsequent process.

“Not at all – this is a Government decision,” he said. 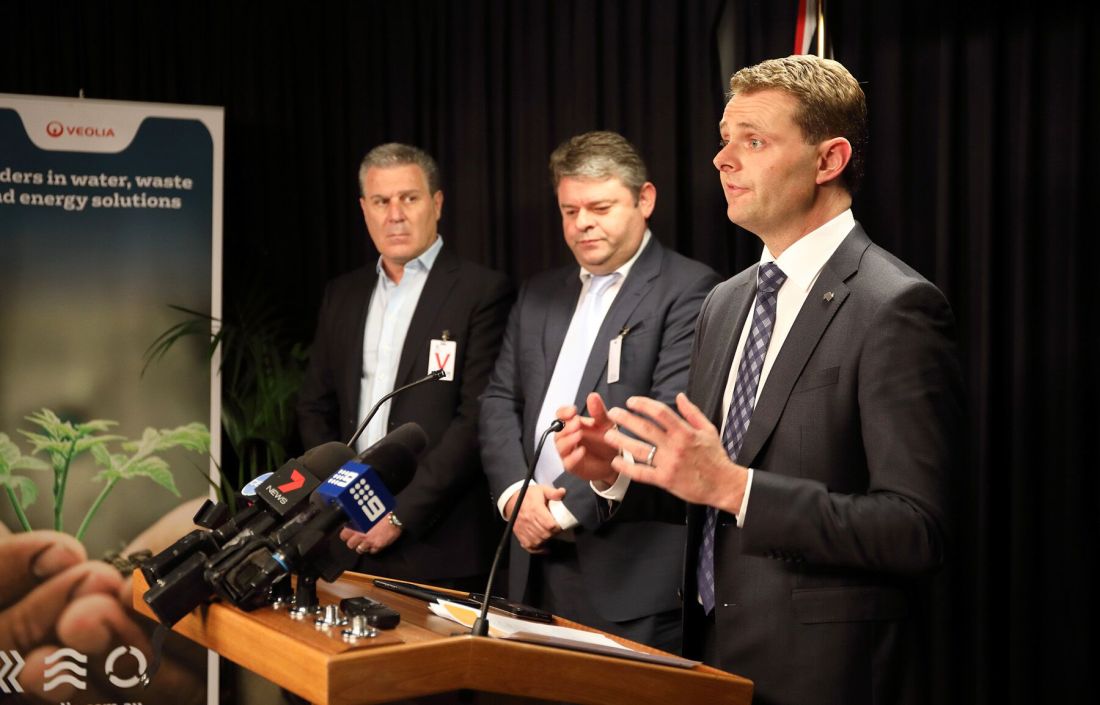 The tender submissions closed in February, but Mullighan said the delay in announcing the deal was not conspicuous.

“As you can appreciate, being extremely thorough and not leaving stones unturned was extremely important for the Government,” he noted.

Eyebrows were also raised after the ACP deal collapsed when Weatherill described the Government as “proud owners of some swamp”, but Mullighan defended the downbeat rhetoric.

“Oh no, unfortunately it’s not Leabrook,” he observed.

“It does require an enormous amount of work.”

Both parties were coy on the price of any future land sales, but Mullighan conceded “we think it will be along the lines of what we’ve managed to achieve for this first 20ha”.

“It’s not exactly a comparable transaction,” he said of the original $100m ACP deal for 400ha of land.

“The former company was offering to buy a much larger tranche in one piece.”

Veolia Australia and New Zealand executive general manager Laurie Kozlovic said he sees “the broader project as showcasing our company’s capabilities in water, waste management and energy to create what we think will be the state’s leading industrial eco-precinct in that area”.

But he wouldn’t be drawn on Veolia and IWS’s previous court challenge to the ACP sale – after the Government signed off on the original deal without going to tender – which provoked a stinging assessment of the deal by Justice Malcolm Blue.

“From our perspective we only want to talk about the future,” he said.

“This project is a further commitment to our ongoing investment in SA and to helping make this state a global leader in environmental best practice.”

IWS CEO Joe Borelli said while the nature of the deal had a different structure to the ACP sale – which he said valued the land at around $30 per square metre – the current arrangement worked out at around $5 a metre more, so “it’s a financially better deal for the state than what was first offered”.

“This was by far and away, we thought, the best proposal in terms of what was being offered for SA,” Mullighan said.

He said Veolia was chosen “based on a number of factors including strongest development vision, strongest experience, expertise and financial capacity”.

Note: The first paragraph of this story originally referred to “at least five hectares”, rather than “at least 20 hectares”. This was a publishing error which has been corrected.