The State Government and Adelaide City Council announced in July they were “accelerating” an audit of city buildings to identify any used of ACP (aluminium composite panel) cladding – the same type blamed for the spread of London’s Grenfell Tower fire, which killed at least 80 people.

But concerns about cladding were previously raised in Australia after a blaze tore up the 21-storey Lacrosse Apartments building in Melbourne’s Docklands in November 2014, causing more than $6.5 million of damage.

In the fallout of that inferno, Duncan McFetridge – then the Liberal Opposition’s spokesman for Emergency Services – wrote to the Government noting “inappropriate combustible aluminium cladding being used on high rise buildings in the Melbourne CBD”.

“Can you advise me whether there are any concerns with high rise buildings in Adelaide and if so what steps are being taken to ensure that these buildings are not at increased risk of disastrous fires?” McFetridge wrote at the time.

He was told authorities were “monitoring the situation and awaiting outcomes” from a Victorian Building Authority review.

In his response at the time, Housing Minister John Rau emphasised compliance was a matter for councils, with the Commonwealth responsible for stopping “the importation of faulty products”, and appeared to dismiss the notion of a detailed audit on existing buildings because “the only way to identify if external wall cladding is compliant is to undertake destructive testing, which requires the relevant council to seek a court order”.

To date, no such destructive testing has been done.

McFetridge – who quit the Liberal Party this year after losing both his frontbench role and preselection – told InDaily he was concerned action had not been taken sooner.

“I alerted them to the issues two years ago… I would have thought then they would have started doing some more serious inquiries,” he said.

But the Government says it sought information from councils at the time about “any concerns regarding non-complying ACP”, and “no building safety issues were notified as a result”.

A spokesperson for Rau, who is on leave, told InDaily in a statement today that “responsibility for regulation of building safety falls largely on local councils and private certifiers”.

“In 2014 [after the Lacrosse fire] the Minister for Planning issued a Building Advisory Notice which reminded the building industry and local councils of the need to be vigilant of non-conforming building products when assessing development applications against Building Rules and to closely scrutinise any information provided,” the statement said.

“Following the findings from the Victorian Building Authority regarding the Lacrosse fire in Melbourne, the Minister wrote to all local councils in SA, asking them to immediately notify DPTI of any concerns regarding non-complying ACP, and to exercise their existing statutory powers to ensure the safety of buildings in their local government areas.

“No building safety issues were notified to the Department as a result.”

The statement says the Government deemed further action was warranted after the Grenfell fire “in the interest of public safety”.

“The Minister instructed [his department] to lead a comprehensive building audit of ACP cladding with local councils, the MFS and CFS [but] under the Development Act, authorised officers from councils cannot undertake destructive testing without a warrant from a Court, unless the circumstances require immediate action to be taken,” the spokesperson said.

“No such circumstances have been identified.

The statement emphasises that “to date, no buildings which represent a safety risk have been identified”.

“If at any stage a building is identified as presenting a risk to safety the State Government, the relevant local council and the MFS (or CFS) will take immediate action,” it said. 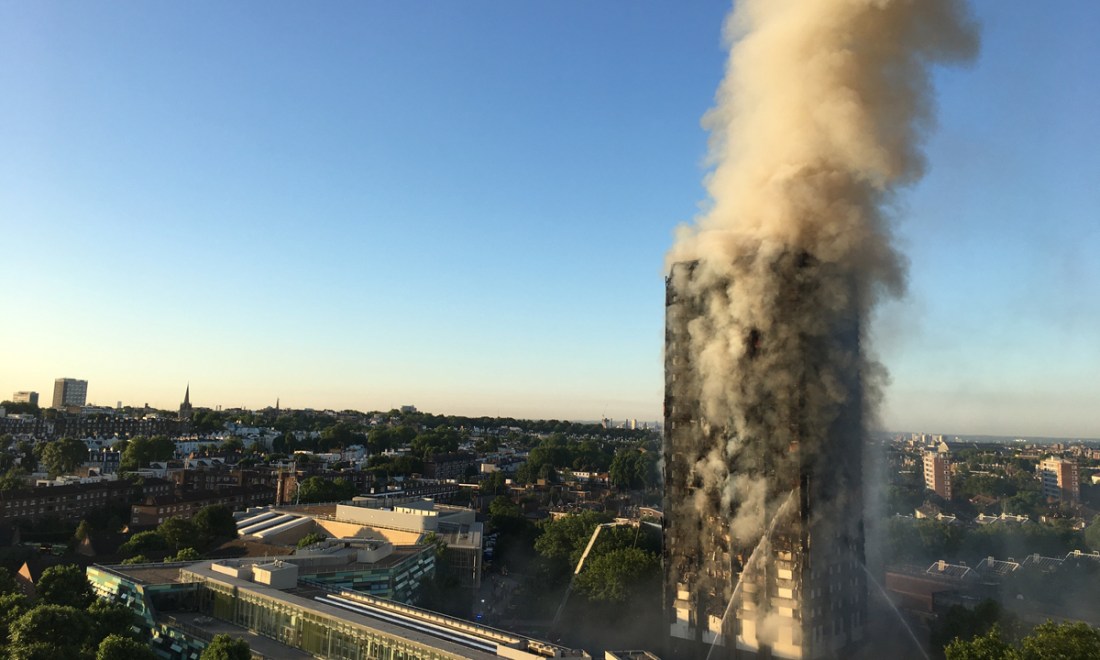 Authorities revealed last month that they had moved into the “second phase” of their audit, having earmarked some 77 city buildings – including the revamped Convention Centre, Adelaide Oval and the new Royal Adelaide Hospital – for further investigation.

However, Rau emphasised at the time the audit on 4500 buildings in Adelaide’s CBD revealed no safety risks, and that 38 of the buildings earmarked “appear to have very limited or quite isolated panelling”.

His letter to McFetridge, dated 18 July 2015, states that for new buildings constructed in SA the Development Act holds that “the approving authority” – a certifier or council – is responsible for ensuring the right materials are approved for use, with the manufacturer responsible for building “in accordance with the approved documents”.

The council, as inspecting authority, “is responsible for ensuring that the builder constructs in accordance with the approved documents”.

“However, following construction, the only way to identify if external wall cladding is compliant is to undertake destructive testing, which requires the relevant council to seek a court order for appropriate testing to be undertaken,” he wrote.

“In a broader context, the importation of faulty products is a matter for the Commonwealth.”

Nonetheless, he told McFetridge he would be “working to ensure that the Australian Building Codes Board and the Building Ministers’ Forum consider and respond effectively to the findings of the current investigations, and that any required changes to national regulatory frameworks are made promptly”.

“At present the [Planning Department] is monitoring the situation and awaiting outcomes from the Victorian Building Authority,” he wrote.

McFetridge also received a response from the Adelaide City Council’s then-acting CEO Stephen Hains, who assured him relevant buildings were inspected by Surveying Officers in line with the council’s Building Inspection and Development Compliance Policy.

However, it added, the policy “does not reference specific materials, such as aluminium/polyethylene cladding”.

Nonetheless, it insisted officers ensured “all items approved are built in accordance with the [National Construction Code] and [state Development Act]”.

Melbourne’s Metropolitan Fire Brigade established in its review of the Lacrosse fire that it started accidentally on the building’s eighth floor from a cigarette that had been disposed of incorrectly.

Excessive storage of materials on the balcony “allowed the fire to grow to such an extent that it ignited the external cladding”.

The MFB commissioned the CSIRO to test the external cladding for compliance, and it was confirmed the cladding – Alcobest – did not comply with combustibility requirements for a high-rise building and helped contribute to the spread of the blaze.

Last month, Rau emphasised ACP panelling was “not in of itself illegal” nor necessarily dangerous.

“South Australians should not be alarmed at the use of aluminium composite cladding on buildings in the CBD,” he said, adding that “certified ACP cladding products are safe, when installed in accordance with the National Construction Code”.

McFetridge told a parliament estimates hearing in July that the cladding for the new Royal Adelaide Hospital was provided by Yuanda Australia Pty Ltd, who also supplied the Perth Children’s Hospital, of which an audit found there was not “sufficient evidence to demonstrate that the Haidabond panels met the deemed-to-satisfy provisions of the National Construction Code”.

Metropolitan Fire Service chief officer Greg Crossman told the same hearing that the NRAH’s cladding had been identified as “Alpolic wall cladding”, which was not the same as Haidabond.

“There is a code mark and a certificate of conformity, so we are extremely comfortable that the cladding used on the NRAH building does conform with the national construction codes,” he said.