A concerted campaign by the SA Police Association prompted a Government backflip in February last year, restoring full compensation provisions for police officers injured in the line of duty.

However, the deal was put in place through an enterprise agreement, rather than an amendment to the Return To Work Act, which maintains a two-year cap on income maintenance and a three-year cap on medical expenses for all workers, unless their injuries are deemed “catastrophic”.

But the Government is poised to sign off on compensation exemptions for a raft of other frontline workers, including firefighters, ambulance officers and emergency service volunteers – and has already done so for public hospital nurses.

Emergency Services Minister Peter Malinauskas confirmed to an estimates hearing in July that “if the Government were going to provide an additional entitlement to police officers, it would be reasonable that that entitlement also be provided to other emergency first-responders”.

But Malinauskas told InDaily the arrangements would be made on an ad hoc basis, with the Government ruling out broader legislative change – the preferred option of the relevant unions.

“You can’t just take what happens to police and apply it as if it happens to fireys,” he said.

“What we’ve negotiated for police is specific to police – but the principle remains the same.” 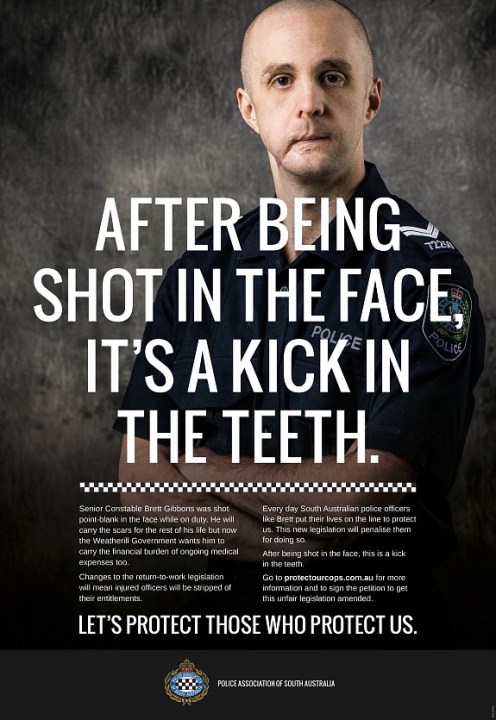 A Police Association ad used in the union’s campaign against the Return To Work provisions.

Ambulance Employees’ Association general secretary Phil Palmer told InDaily the union was currently “negotiating directly with the Attorney-General for a clause in our agreement”.

“We’re close to getting an agreement, but we’re not there yet,” he said.

“I’m confident we’ll get something that’s good for our members.

“What it will do is provide income and medical support beyond what the Return To Work act provides.”

The union’s latest enterprise agreement, finalised in recent months, contained a clause maintaining that the compensation matter must be negotiated and inserted into the existing pay deal.

Palmer said the amendment would be on the basis that ambulance workers operate in an “uncontrollable and unpredictable” environment, but insisted that going forward “we’ll be seeking a more durable remedy, either through the Return to Work Act or the Healthcare Act”.

“We believe there needs to be legislative change,” he said.

“Our view is that all workers deserve what we’ll get – but I don’t look after other workers.”

That’s a view echoed by Australian Nursing and Midwifery Federation secretary Elizabeth Dabars, whose union gained its own exemption to the workers’ compensation provisions as part of the EBA the Government agreed to last December.

“It would be nice to have it in legislation and covering workers more broadly,” Dabars told InDaily.

“We’d still advocate for the two-year cut-off to be wound back for all workers… we did get some improvements but the issue is still one we’re continuing to monitor.

That’s a concern, too, for frontline volunteers who don’t operate under an enterprise agreement.

Malinauskas told InDaily the Government had agreed in principle to provide Return To Work exemptions for CFS and SES workers injured in frontline duty, but “the only thing that’s been a bit tricky is finding the legal mechanism to be able to provide that entitlement to our emergency service volunteers”.

He said the Government was awaiting legal advice but intended to “have a policy with authority of cabinet to provide them with those additional entitlements”. 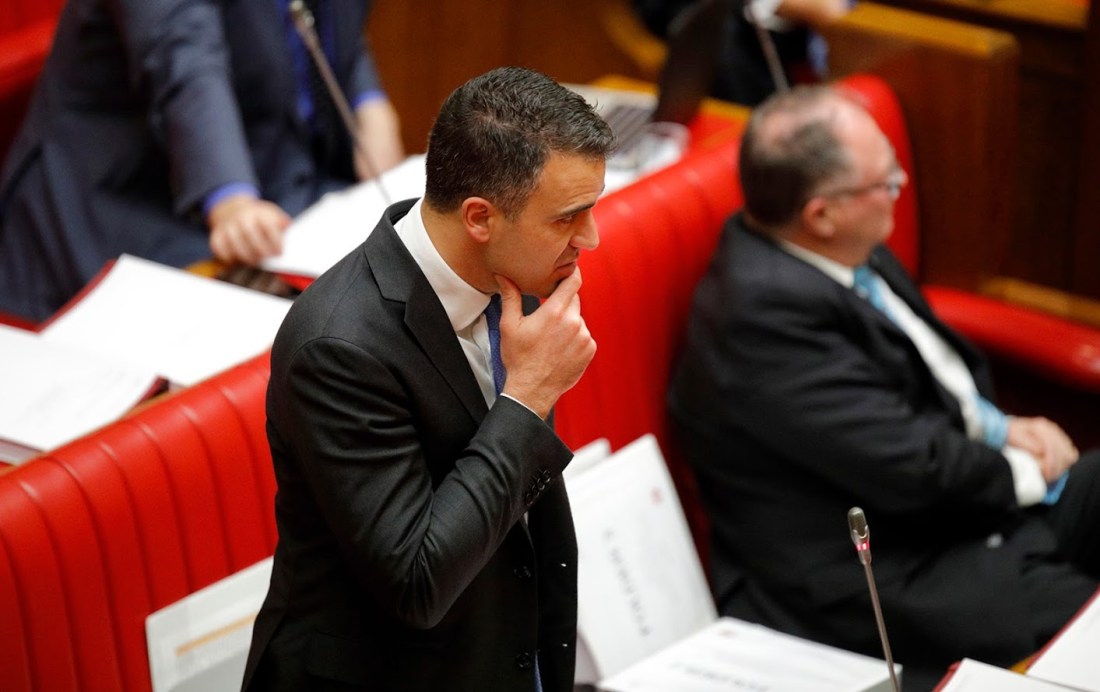 It’s understood issues relating to Return To Work also form part of a standoff between the Public Service Association and the Government, which InDaily revealed last week was teetering on the brink of industrial “war”.

The PSA is seeking Return To Work exemptions for its members working in areas such as Corrections, youth training facilities and fruit-fly roadblocks, and wants the changes enshrined in both a new EBA and the state Fair Work Act.

While the deliberations have ended in a stalemate, Malinauskas agreed the same compensation principle should apply for Corrections workers, however he insisted there would not be broader legislative change.

Police Association president Mark Carroll, whose union’s high-profile campaign opened the floodgates for a glut of equivalent exemptions for frontline workers, also wants to safeguard the changes rather than have to renegotiate them with every new enterprise bargaining round.

He wants the exemptions enshrined in the Police Officers’ Award instead of the EBA, a scenario he told InDaily would “give us the certainty and continuity we need going forward”.

“Our lawyers and the Attorney-General’s lawyers are talking [about that] as we speak,” he said.

Newly-minted crossbencher Duncan McFetridge – who was the Opposition’s Emergency Services spokesman until he was sacked from the Liberal frontbench early this year – raised concerns about frontline compensation arrangements with Malinauskas in a July estimates hearing, and told InDaily the issue had to be solved through legislation.

He said he “absolutely” supported winding back Return To Work provisions to protect first-responders’ entitlements but “there’s a whole lot of issues that need to be worked through”.

“It’s going to cost a lot of money [but] we ask these people to risk their lives every day for us, so we should be prepared to pay the cost,” he said.

Industrial Relations Minister John Rau is on leave and was not available to comment.