Driving into the outback town of Woomera, the feeling of emptiness is palpable.

The streets and homes are tidy, and a handful of businesses – including a bowling alley – are open.

But it is largely deserted. With a population of 130, the remote town 500km north of Adelaide is only a shadow of its heyday when it was home to more than 6500 people.

A closed township away from prying eyes in the vast outback, Woomera was established in 1947 at the beginning of the Cold War and played a pivotal role in the space race over the next few decades, particularly from 1955 to 1980.

The original Woomera Rocket Range prohibited area stretched 2000km to the north-west all the way to the West Australian coast near Broome and into the Indian Ocean.

Nowadays the range has been scaled back to about 500km in length and covers 122,000sqkm, an area almost as large as England. It is still the largest land-based weapons testing facility in the western world.

The contribution of the range and town is being celebrated in the coming weeks as the eyes of the world’s biggest players in space again focus on South Australia.

Adelaide will host the International Astronautical Congress from September 25-29. Up to 4000 delegates are expected to attend including the heads of all the major space agencies and Space X founder and CEO Elon Musk.

The State Library of South Australia is holding an exhibition, From Outback to Outer Space: Woomera 1955 – 1980, from tomorrow until November 12 to coincide with the event.

The exhibition, in partnership with the National Archives of Australia, will include rocket motors, a large-scale model of WRESAT, fragments of moon rock, memorabilia from Woomera and many photographs.

“There is a generation for whom Woomera is not something that they know about, yet it placed Australia in a very significant position in the ’50s and ’60s, particularly as a major player in world space activities,” says exhibition curator Kerrie Dougherty.

It was originally set up to test British and Australian long-range missiles, with the first missile launched from Woomera in 1949.

However, the momentum shifted from military missiles to space in the mid-1950s when it was announced 1957-58 would be the focus of a global scientific research push dubbed the International Geophysical Year involving 67 countries, which launched the space race.

“In 1955, both the United States and the Soviet Union announced they would attempt to launch satellites during the IGY, but at the same time there were a lot of other countries interested in exploring the upper atmosphere but [they] didn’t have the money to spend on trying to get something into orbit so they focused on developing sounding rockets,” says Dougherty, who was curator of space technology at the Powerhouse Museum in Sydney for 25 years.

Skylark, one of the most successful of these sounding rockets, was launched in 1957 and remained at the forefront of a comprehensive British upper atmosphere research and space astronomy program at Woomera until 1979. Skylark worked in conjunction with Australia’s sounding rocket program, run by the Weapons Research Establishment and the University of Adelaide.

Woomera was also the launch base for the European Launcher Development Organisation (ELDO), the forerunner to the European Space Agency. ELDO conducted 10 Europa launches from Woomera between 1964 and 1970 but no successful satellite launch was achieved.

In 1967, courtesy of a surplus Redstone rocket donated by the United States, Australia joined the United States and Soviet Union as the first nations to successfully launch their own satellite from home soil. Weighing 45kg, WRESAT was launched on November 29 and re-entered the atmosphere over the Atlantic Ocean on January 10, 1968.

“It was never going to be in orbit for a very long time because while the Redstone was capable of getting a satellite in orbit, it wasn’t going to be able to put it in a very high orbit and the lower the orbit the more quickly it deteriorates due atmospheric friction,” Dougherty says.

“But it sent back quite a bit of good data on the different characteristics of the upper atmosphere and it correlated really well with the data they were getting from the sounding rocket program.”

Other Woomera milestones include:

1969: Joint Defence Facility Nurrungar is built by the United States to monitor defence support satellites including the surveillance of military activities in the Soviet Union and China.

1971: The British launch Prospero, also known as the X-3, from a Black Arrow launch vehicle. It is the second and last successful satellite launch from Woomera.

A complementary exhibition curated by the State Library’s Mark Gilbert will run simultaneously and focus on the social history of Woomera.

“The town was literally built from scratch and right up until 1982 it wasn’t an open town at all – it had strict security and you couldn’t get in without a pass,” Gilbert says.

“The Commonwealth Government ran everything, including the shops, so sometimes people might have complained about the choices of what they could buy but they actually didn’t really want for any of life’s necessities or even pleasures because it had a theatre, swimming pool, ten pin bowling alley, and a very active sports and social scene.” 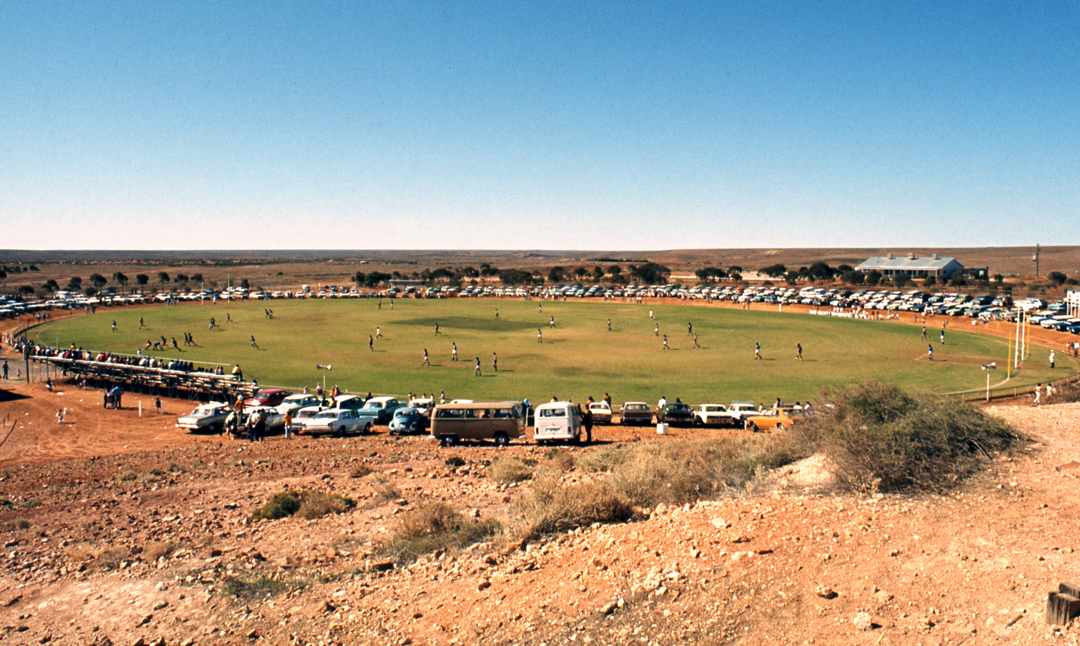 With no access to groundwater in the town, all the water was pumped hundreds of kilometres from the River Murray, not just for drinking but for keeping gardens alive and maintaining the town’s lush football oval.

This was no mean feat, given the scorching conditions where daytime temperatures regularly topped 40C from November to March.

“I think the thing you bring away from it is that during its heyday when there was over 6000 people there, it was very much a young person’s town,” Gilbert says.

“They would celebrate July the 4th in a way that it wasn’t celebrated anywhere else in Australia, with a parade down the main street, and it was like a de facto public holiday.

“Sometimes it’s forgotten just how important a role Woomera played and we’d like to remind people about that.” 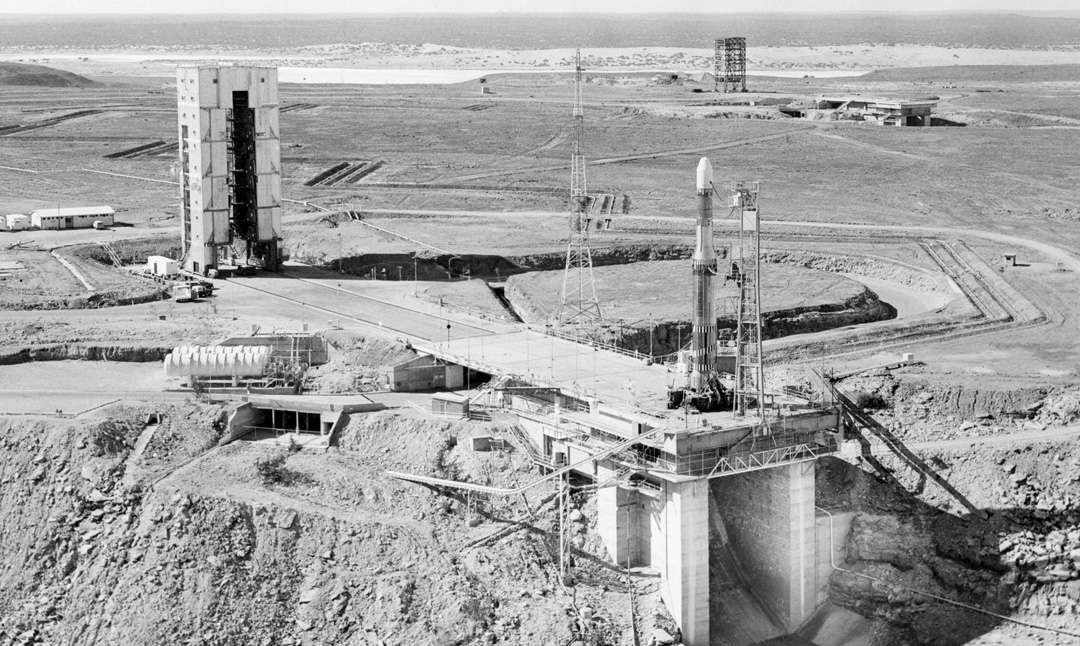 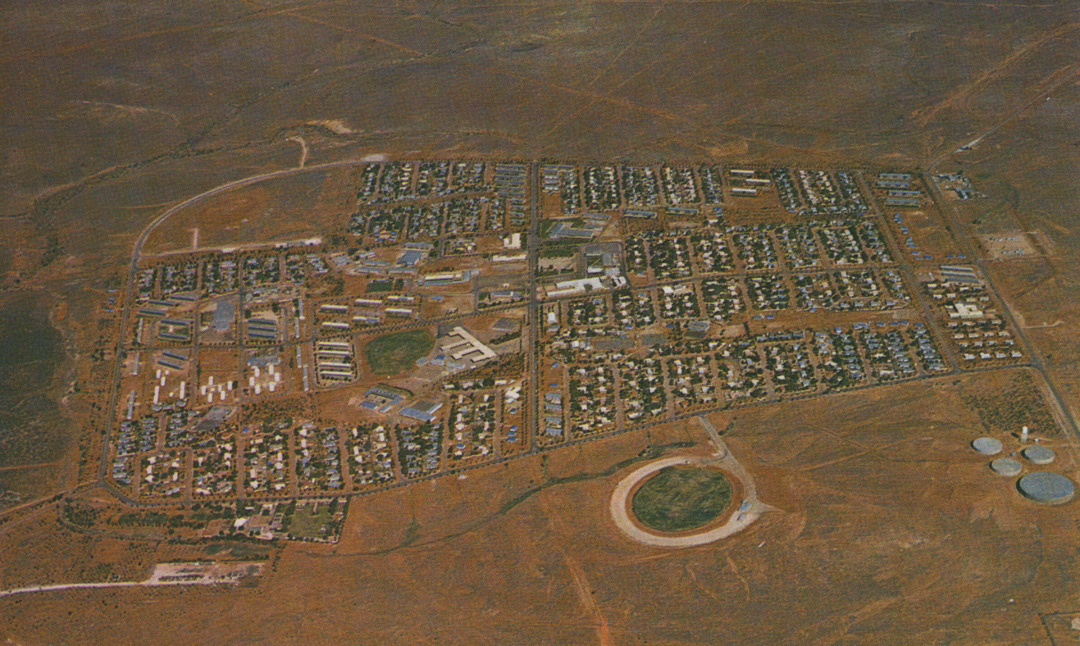 An aerial view of the Woomera township.