The audacious garment was made bespoke more than a century ago for a man evidently diminutive in stature but nonetheless a giant in the early political life of South Australia and the nation.

Egerton Lee Batchelor, known as Lee, was the state’s first federal Labo(u)r politician, and one of just two South Australians elected to the nation’s first parliament in 1901.

He had previously served as one of the first crop of United Labor Party MPs elected to SA’s House of Assembly, later briefly becoming the party’s leader.

When the state was divided into separate electorates in 1903, he became the first member for Boothby – and one of only four Labor politicians to hold the seat in the more than 100 years since. 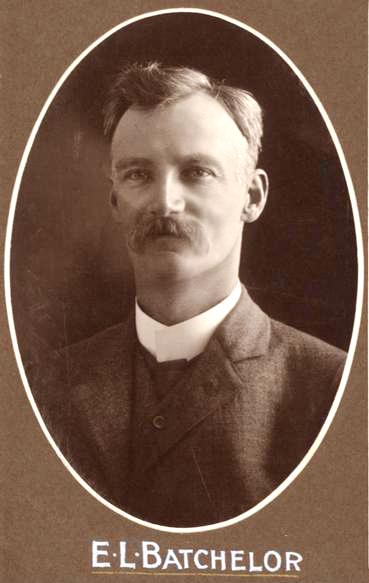 His seniority was reflected in the fact that he and Fisher were the Government’s two representatives to travel to England for the Westminster Abbey Coronation of His Majesty King George V in 1911.

So grand was the occasion that Batchelor had a suit handmade by the distinguished Chancery Lane tailors Ede & Ravenscroft, reputedly the oldest firm of tailors in the world with a long line of apparel made to order for royalty.

That suit – a unique souvenir of SA political history – has only recently surfaced, when its interstate owners brought it to Goodwood Road antiquities dealer Philicia Antiques, whose owner Phil Sunman quickly identified it as a rare find.

“Immediately I knew this was a garment of high quality,” Sunman said.

“Not many people would have had such elaborate attire made by one of the finest tailors in London… it is made for a royal occasion – navy blue velvet, fine lace cuffs, hand-stitched silk lining.”

Indeed, the only trouble with the suit was finding someone equipped to model it.

Described by a contemporary biographer as a “vigorous, wiry-looking abstemious man”, Batchelor was nonetheless slight of build.

Smith says it was “a privilege to be invited to wear a regal garment of such historical significance”.

The only trouble was, he told InDaily: “I couldn’t fit in the damn thing!”

Only the hat and jacket sat comfortably enough to model the garment – just.

In the end, the perfect model was found: Sunman’s 16-year-old store assistant Dan.

“He was the only male that the costume would fit,” Sunman concedes.

The well-preserved artefact was brought to Sunman after its Queensland-based owners researched its heritage and discovered Batchelor’s South Australian lineage.

“It had apparently been kept with the family forever… when I got it, it was probably only the second or third time [the box] had been opened since probably 1911 or ’12,” Sunman said.

“The family I bought it from didn’t know a huge amount about Batchelor… it was a connection in their family.

“So many antique garments suffer silverfish damage – thankfully this suit has been preserved for more than one hundred years in an airtight metal box keeping the hat, shoes, buckles and accessories together.

“It’s the most amazing story that has been kept in a dark tin trunk since probably 1912.”

Sunman is fielding tenders for the suit from interested collectors. He says without provenance a connoisseur might pay more than $5000 for it. But given the costume and box are labelled with its maker’s mark and owner’s name, and come with a collection of letters between Batchelor and his wife describing the Coronation, Sunman enthuses it is “priceless… the shimmering cut steel buttons are worth several thousand dollars on their own”.

The labels of authenticity.

He notes that a Ravenscroft robe made for former British Prime Minister Margaret Thatcher, expected to fetch 2-3000 pounds at auction in England, instead sold for around 85,000.

“Given [this item] belonged to such a prominent Australian and was made for such a special event, at a top auction house this suit should fetch at least $75,000,” he surmised.

But Sunman would prefer the suit stays in Australia, “perhaps on permanent public display at the Museum of Australian Democracy in Canberra”.

However, his office told InDaily: “The purchase of this suit is not currently being considered by the State Government.”

While his garb may live on, wherever it fetches up, Batchelor himself came to an untimely end.

Just four months after the Coronation, he had a heart attack while rock-climbing in Victoria and died immediately, aged just 46.

His body was returned to Adelaide and buried in West Terrace cemetery.

The town of Batchelor, some 98 kilometres south of Darwin, was named after him, in honour of his work as minister for the Northern Territory, during which he reportedly moved to establish reserves, to aid “preservation of the native tribes” whose treatment he described as “the blackest page” in Australia’s then-brief history.

For Smith, at least, the tragic timing of Batchelor’s demise makes his Coronation garment all the more significant.

“Mr Batchelor was a visionary statesman and pioneer of bipartisanship,” he said.

“To think that he genuflected before the new monarch wearing these clothes, shortly before his own tragic death, sends a shudder down my spine.”