As predicted by InDaily this morning, Musk appeared alongside Premier Jay Weatherill to announce the deal, which involves a grid-connected battery to provide both stability for renewable energy and emergency back-up at times of shortage.

The battery will be connected to French company Neoen’s Hornsdale Wind Farm in the state’s mid-north.

Weatherill said the 100MW/129MWh battery would be installed before summer and that Musk had undertaken to install the battery within 100 days of the signing of the grid interconnection agreement, or it would be free – a promise famously made by Musk via Twitter in March.

Tesla will get the system installed and working 100 days from contract signature or it is free. That serious enough for you?

He said the deal would attract other investment in SA by Tesla and Neoen “with details to be announced in the future”.

The battery would operate “at all times”, to provide stability services for renewable energy and emergency back-up.

Musk said it would cost him $50 million – or more if he failed to deliver the battery in time. 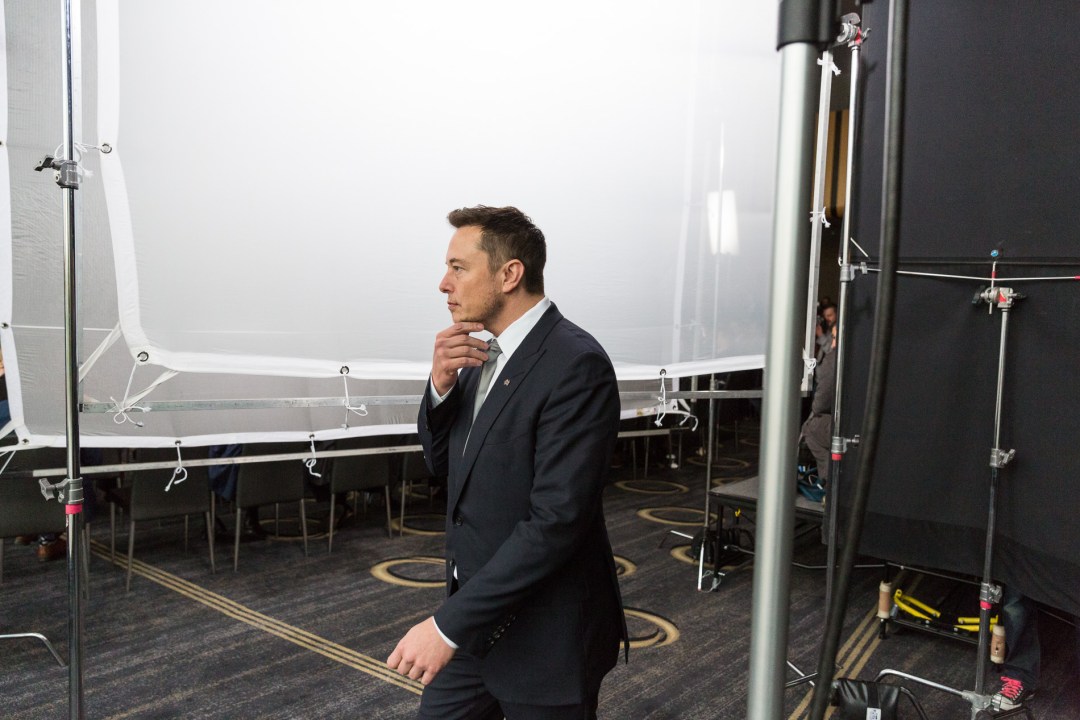 “There is certainly some risk,” he told reporters at the Adelaide Oval media conference.

“We’re talking about something that’s three times as powerful as the next (largest ion) battery”.

“It’s the normal technical challenges that come with scale… whenever you build something three times bigger than has been done before, there’s always some risk.”

However, he said that if South Australia was willing to take a big risk, so was he.

“I was made aware… that there was this opportunity to make this significant statement about renewable energy to the world.

“Coal does not have a long-term future.”

The billionaire said the project would become a tourist attraction and a proof point for being able to do large-scale battery applications.

“This is definitely the way of the future. I think it’s worth other states looking at this.”

Weatherill said South Australia would be “leading the world in battery storage” as a result of the deal.

“Battery storage is the future of our national energy market, and the eyes of the world will be following our leadership in this space,” he said.

“This historic agreement does more than bring a sustainable energy giant in Telsa to South Australia, it will also have some significant economic spin-offs.”

Tesla beat a field of 91 bidders for the battery, which Weatherill said would “put downward pressure on (power) prices”.

“There was a superior bid and it was this partnership between Neoen and Tesla,” he said.

2 significant investments in SA in 2 days. Both by internationally renowned entrepreneurs & successful billionaires. #Adelaide is on the map

Neoen deputy CEO Romain Desrousseaux said the Hornsdale project would be home to both the largest renewable generator in the world and the largest lithium ion battery.

“South Australian customers will be the first to benefit from this technology which will demonstrate that large-scale battery storage is both possible and, now, commercially viable,” he said.

Tesla and Musk’s involvement in South Australia will be a PR boon for the Government which is facing criticism that it is discouraging big business from investing in South Australia through its proposed big bank levy and other costs of operating in the state.

South Australia rocketed onto Musk’s radar in march this year when he promised, in a Twitter exchange with Australian tech billionaire Mike Cannon-Brookes, that he could supply and install 100MW of grid-scale battery storage within 100 days or it would be free.

Weatherill swiftly got in touch with Musk, who Tweeted after their conversation that he was “very impressed” by the Government’s commitment to a “smart, quick solution” to South Australia’s energy woes.

Weatherill subsequently made Australia’s “largest” grid-connected battery part of his plan to ensure the security of South Australia’s electricity system.

South African-born Musk made his first fortune as cofounder of online payment company PayPal, before founding Tesla and SpaceX.

Tesla made its name with electric cars, and has expanded into renewable energy including batteries and solar roof tiles. SpaceX designs, manufactures and launches rockets and spacecraft, with plans to send humans beyond the moon.