Fanny Kate Boadicea Cocks was born on 5 May 1875 in Moonta, the daughter of Anthony Cocks, a Cornish miner, and his wife Elizabeth (née George), a schoolteacher.

The family suffered hardship and debt but were buoyed by their firm belief in Christian values. They moved to Adelaide in 1900, where their financial situation improved.

Better known as Kate, Cocks was appointed as South Australia’s first female police constable – and the first woman in the British Empire to be paid at same level as male officers – in December 1915.

The post was distinctive as it carried full powers of arrest, and equality with male police officers. Before this, women had served in the force but with restricted duties and pay. 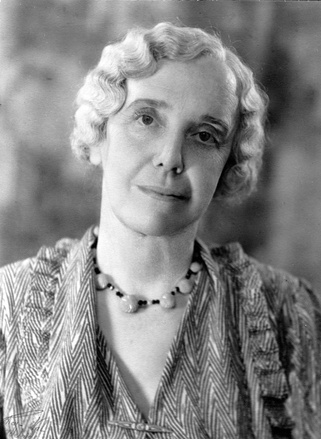 Cocks began her career as a school teacher, before working as a clerk for the State Children’s Council and then becoming South Australia’s first probation officer for juvenile first offenders. This last role, along with her early career in the country, exposed her to poverty and the impact it had on children and young people.

This experience is credited with leading directly to her career as a police constable. Working with her colleague Annie Ross she specialised in cases of child welfare and those concerned with women’s “moral wellbeing”. This task included visiting slums, brothels and other places where vulnerable women might be led into prostitution.

Kate Cocks’ career continued to be an illustrious one with the police force. Her role grew to managing several staff and she was awarded a number of commendations and the King’s Police Medal.

Towards the end of her police career Cocks extended her duties to caring for homeless girls in her house before persuading the Methodist Women’s Home Mission Association to set up a home for this purpose in 1935, the same year that Cocks retired to care for her mother.

She then became the voluntary superintendent of the Methodist Women’s Welfare Department, continuing to work with vulnerable young women.

She was instrumental in the establishment of the Brighton home for unmarried young girls and their babies.

Kate Cocks spoke at many country towns around South Australia through the church or as a representative for their work.

In one of the many newspaper testimonials on her work, the Gawler Bunyip reported on 23 October 1936 that Cocks was a pioneer who “… seems to have seized the imagination of South Australian people”.

When she died, her home and estate were left to the Methodist Church, and the Brighton home was renamed the Kate Cocks Babies’ Home.

The remarkable career of Miss Cocks, which broke new ground for women and also demonstrated great intelligence, skill and compassion, certainly deserves to be remembered.

Catherine Manning is curator of online programs at the History Trust of South Australia.