The road to ruin

The RSL’s national office confirmed today administrators Rodgers Reidy had been brought in to “restructure the operation”, also conceding the embattled state branch was under ongoing investigation by the Australian Charities and Not-for-Profit Commission – an investigation the state branch refused to confirm just last week.

Today’s revelations have followed months of ongoing financial strife and a string of management and boardroom resignations – details of which have been exclusively revealed by InDaily.

Calls for remaining members of the board to stand aside intensified today, with RSL members already agitating for a boardroom spill insisting the current management’s position was untenable.

State president Tim Hanna told InDaily: “Now we’re in the hands of the administrator I’m not able to make any comment.”

Asked whether he remained in his position, he replied: “I won’t make any comment, I’d be contravening what I am required to do under the administration.” 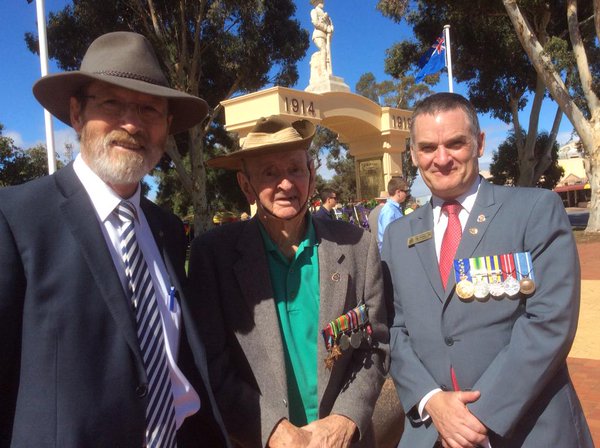 Blaming “rising operational costs against a decline in revenue”, RSL National President Robert Dick said in a statement the national board decided to put the SA branch into voluntary administration at a scheduled meeting last week “to enable the operation to undergo a rigorous transformation”.

He said the decision was unanimously supported by Hanna and the remaining members of the SA board late yesterday.

“The RSL board is determined to identify those areas where we are not fully compliant with the ACNC and improve our business processes,” said Dick.

“The South Australian RSL state branch will undergo a complete restructure to ensure we can continue to support our members, veterans in the community and the SA sub-branches and maintain our support in line with our objectives.”

He insisted there would be “no impact to Anzac Day” on Tuesday week, saying: “The Anzac Day Appeal and commemorative activities will continue in SA as planned with the support of the sub-branches and RSL Victoria.”

Dick said the decision “was not taken lightly by the national board”, and that staff would remain in their roles until a creditors meeting next week “to determine the future of the organisation”.

“As you can appreciate, this is a very difficult time for our staff in SA who have demonstrated their resilience and commitment to the RSL,” he said.

The state branch, which oversees operations across SA, the Northern Territory and Broken Hill, has been in the spotlight amid revelations of “cash-flow” problems, including dwindling donations, a series of loans to a troubled Alice Springs sub-branch totalling around $2 million that insiders say have been effectively written off and the inability to sell or build on a beachfront block of land purchased more than a decade ago at Victor Harbor.

Hanna told InDaily last month the land was potentially “very valuable” and could be worth “somewhere around $1.6 million”, but “there are difficulties pertaining to zoning regulations, which are quite restrictive, and that’s meant any potential buyers and developers have largely been discouraged from doing so”.

But insiders said today that if the property had been sold earlier it would have fetched a positive return on the investment.

The not-for-profit is also seeking to sell off its Royal Australian Regiment headquarters at Linden Park, despite intense local opposition.

InDaily revealed last month that an independent audit had been conducted after the SA branch sought funds from national office to prop it up.

Dissidents in local sub-branches who have been agitating for an extraordinary sub-branch conference to remove the current board said the results of the audit should be made public immediately.

“However, it’s because of the financial ineptitude of the board that we’ve reached this position,” he said.

“I hope that we will all bond together now to ensure that we return to the basis of the RSL organisation, which is commemoration, advocacy, mateship and welfare, and that the RSL will still be here in 100 years’ time, because it will be needed for those soldiers, sailors and airmen who are serving this nation today.”

He demanded to know whether today’s revelations would prompt the board to “resign en masse” pending new elections.

“The forensic audit needs to be made available to the membership so that they can make an informed decision as to the actual finances of the board and its governance, and to enable them to take the RSL back into a stronger financial future,” he said.

Hanna last week disputed the basis for the sub-branches’ demand for an extraordinary meeting.

Former longtime board member Jock Statton, who was state president from 2004 until Hanna took over in 2012, told InDaily today he had advised the group “to make sure they act constitutionally”, adding that he couldn’t understand “why they need a special general meeting” when there is an AGM in July “at which time these concerns should be raised”.

“The situation that the RSL is in is not being helped by outside interference,” he said.

However he conceded the sub-branches “need answers from the board”.

“But they need to be able to consider them not by emails or media reports, they need to get first-hand reports from the board itself,” he said.

Statton said part of SA’s cash-flow problem stemmed from interference from the Queensland branch, whose representatives, he argued, spent weeks in the state every year in the lead-up to Anzac Day collecting donations for the “RSL Art Union” and the “Trojan’s Trek” – none of which was returned to state coffers.

“South Australians are being misled… people are donating to this believing it’s going to RSL SA, and believing they’re supporting projects in SA [but] the funds do not come to SA – not one cent,” he said.

He said the issue had been brought up at national board level “quite often” but had been dismissed by the Queensland branch.

RSL National today confirmed the external audit process had been “supported by the ACNC”, whose Assistant Commissioner David Locke said had “worked closely with the RSL SA and RSL National over an extended period to identify and resolve a number of issues relating to RSL SA”.

The NSW and Queensland branches have previously confirmed separate investigations into their affairs.

“The ACNC is fully across this difficult matter and will continue to work with both RSL SA and RSL National to ensure that charitable assets and beneficiaries are protected,” Locke said.

“The ACNC understands that Anzac Day activities in SA will not be impacted.”

The office of state Veterans Affairs minister Martin Hamilton-Smith confirmed he was meeting with the administrators today “and stands ready to assist as needed to ensure that Anzac Day commemorations continue as usual”.

“The State Government has not been involved in the internal machinations of the RSL – that’s been a matter for the local organisation and its national body,” a spokeswoman said.

Former RSL SA board member and onetime Veterans SA director Bill Denny – who quit the RSL board last year amid a stoush over a bid to sell off residential care service RSL Care – said he was “very saddened that the RSL has reached this stage”.

“It’s a great tragedy for everybody in SA that this has happened [and] particularly upsetting for the older veterans, some of whom have been members of the RSL for 70 years,” he said.

Denny said members “need to be given the courtesy and respect of knowing why it happened”, arguing releasing the audit report was the “only moral and transparent way to deal with this issue”.

Asked whether he would consider standing for the state presidency if it became vacant, Denny said: “No comment… the presidency is not vacant.”

Several board members have resigned in recent weeks, among them former Liberal MP Ivan Venning and Corey McGowan, a partner with accountants HLB Mann Judd.

McGowan has not responded to repeated inquiries by InDaily, which has been told the company has managed the state branch’s books. It remains listed as a sponsor on the RSLSA website.