Andrew Stratford, a one-time mayoral candidate who was on the Liberal Legislative Council ticket at the last state election, confirmed he was in discussions about nominating to represent Xenophon’s fledgling party in the vulnerable seat of Kavel.

“My intention is to best represent the community… I’m having discussions with the Xenophon team and we’ll see where that leads.”

He said he had “no particular” gripe with the party he formerly represented – and, for now, remains a member of – but is “not sure that the voting public are as comfortable with the Liberal Party – particularly in the Hills, where I’m situated – as perhaps they have been in the past”.

“There’s probably a move towards looking at alternative parties, and not necessarily sticking with the mainstream parties that have been in place over the years,” he said.

He told InDaily his business “has been engaged by Rebekha to handle her community forums”, which she conducts regularly in the electorate. 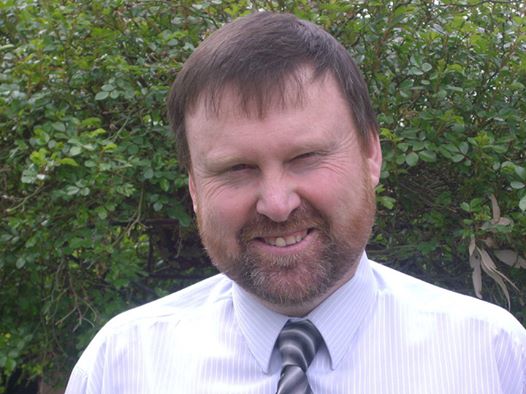 He said while he “would have considered at one point” running for Liberal preselection in Kavel, he opted not to run against the party’s candidate, Dan Cregan.

However, he was “not looking at any other options” than representing Kavel for Xenophon’s party.

“I’m a resident and I’ve been very active within the Kavel electorate for many years – that’s where my passion is,” he said.

He confirmed he remains a current member of the Liberal Party, but his membership is due to lapse in July this year.

He said it was “early days” regarding his prospective SA Best candidacy, with the party expected to impose a robust selection process for all lower house candidates.

It is considered to be a realistic chance of snaring a swag of southern Hills seats, including Kavel, Heysen, Finniss and Mawson, all of which cover parts of the same geographical footprint as Mayo.

“We’ve just had discussions,” he said when asked if he’d been given any guarantees of securing candidacy.

“I’d be subjected to the same preselection criteria everybody else would be.”

While Stratford is listed as a Liberal member on the Hills council’s Register of Interests, another councillor – and current acting mayor – Jan-Claire Wisdom has declared membership of the Nick Xenophon Team, the SA senator’s federally-registered party.

She told InDaily while she had not lodged a formal expression of interest in running as a state candidate in a Hills seat for SA Best, she was “considering it”.

Stratford gained broader prominence in 2010 when, as a mayoral candidate, he railed against the Inverbrackie detention centre.

In an interview with community station Radio Adelaide at the time, he said the influx of detainees was “looming as a major issue”, voicing “many concerns raised at a local level [about] how are these people going to be integrated into the community”.

“There are a lot of unknown answers to the questions community members have raised, and that makes a lot of people very, very angry,” he said.

However, his candidacy has been rejected by Xenophon after he was outspoken in his criticism of renewable energy targets this week.

Humphries told InDaily that Xenophon told him yesterday that he would not be a candidate on Xenophon’s SA Best ticket.

“I got that message yesterday,” said Humphries.

“That’s now been cleared up, and I’m obviously not going to be a candidate for the Legislative Council, and that’s that.”

Asked if he believed Xenophon’s decision to cut him out of the preselection race was fair, Humphries remarked that “it’s his party and he can do what he likes”.

Humphries added that while he had never been under the impression that he was a shoo-in candidate for the party, he had laboured under a different “misunderstanding”, which he declined to detail.

Humphries said only that he had misunderstood the outcome of a previous discussion with Xenophon involving “the process that I was engaged in”.

He said the misunderstanding was not about the party’s energy policy.

ABC Radio Adelaide presenter Matthew Abraham said this morning that Xenophon has told him that Humphries won’t be on his ticket. 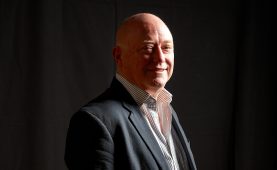 Abraham said Xenophon had called him following his interview with Humphries to say: “You have a better chance of being the next Catholic Archbishop of Adelaide than he does of being on our Upper House ticket.”

In response to queries from InDaily, Xenophon’s office confirmed the quote was accurate.

Meanwhile, the Liberals will determine their candidate to replace retiring Isobel Redmond in the Hills seat of Heysen in a ballot tonight.

Conservative nominee Anna Baric – a former candidate in Chaffey – and moderate Josh Teague, a lawyer who recently worked on the party’s Boundaries Commission case, are considered the frontrunners in a field of five.