In a further blow, the ALP could yet be liable to pay the Liberal Party’s court costs, which insiders speculate could approach $100,000 – an outcome that would blow a hole in the party’s coffers heading into a fraught election year.

However, Labor is yet to concede defeat, vowing to consider pursuing a further challenge in the High Court.

But that would be a bold political gamble, after the full bench of the Supreme Court today unanimously dismissed an appeal brought by ALP state secretary Reggie Martin – who was not in court for the judgment – that argued the Electoral Districts Boundaries Commission erred in last year’s distribution by underplaying the principle of “one vote, one value”.

Labor contended that the principle whereby all electorates should contain, as far as practicable, the same number of electors was the foundation of the state’s electoral law.

The commission had instead sought to preserve the principle that the party with a statewide majority of votes should be able to form government – something the Liberal Party has been unable to do in three out of the last four elections. 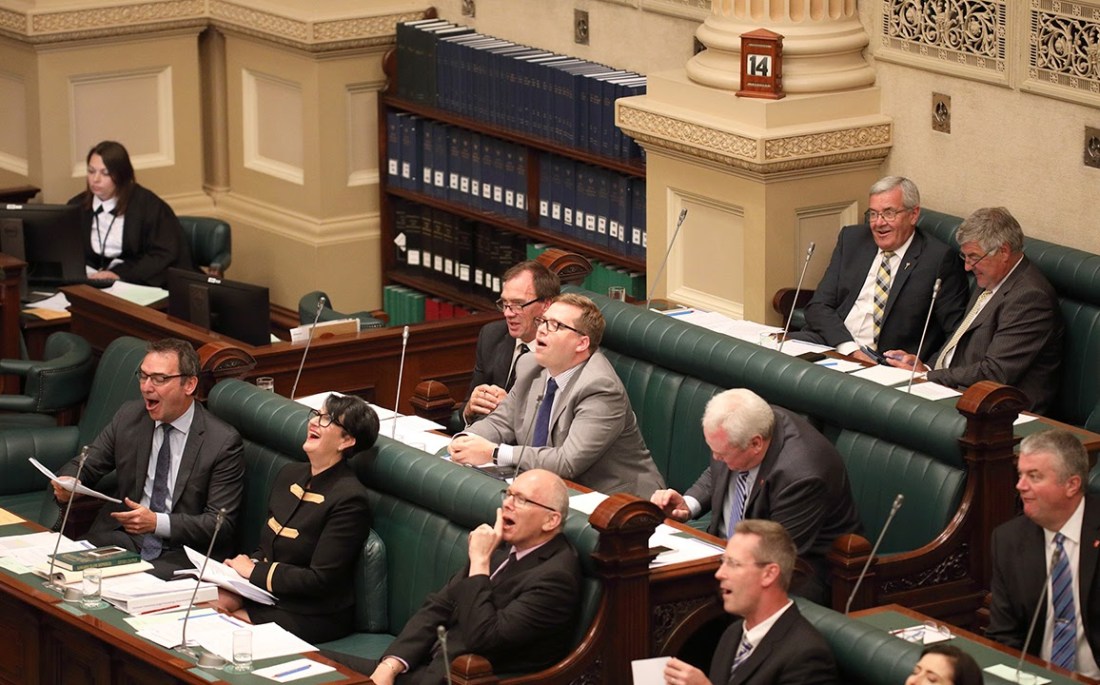 The Supreme Court bench, headed by Chief Justice Chris Kourakis, concurred, finding “it is not implicit that the Commission must pursue the objective of achieving a redistribution in which each electoral district has an equal number of electors”.

Today’s judgment could have a profound impact on the state’s electoral future, with Labor’s lawyer Dick Whitington QC conceding in court there was “no doubt [it] will provide useful guidance to Boundaries Commissions in the future”.

It also has the potential to rewrite an entrenched narrative surrounding past elections, with the court effectively dismissing longstanding claims the Liberals lost the 2014 election because of a fundamentally poor campaign strategy.

“The commission did not err in finding that there was no evidence before it to suggest that poor placement of resources during the 2014 campaign by the Liberal Party elevated its statewide two-party vote without increasing the number of seats won,” the judgment found.

Liberal state director Sascha Meldrum said outside court that the party “commends the approach taken by the Boundaries Commission and welcomes the full court’s decision to reject the Labor Party’s appeal”.

The redistribution, she said was a “fair outcome for all SA voters”.

“The full bench of the Supreme Court has today supported this outcome.”

“However it accepts that the court does its best to consider these matters and uses its expertise,” he said.

“For all those people who fought for many, many years to overturn the Playmander in SA, the decision is obviously very disappointing, and we’ll consider where we take the matter from here.”

Tisato said there was “potentially” an “opportunity to seek special leave to the high court”.

“We can’t decide on that at the moment, because we have to carefully consider the decision,” he said.

“We’ll be considering the question very quickly… we’re talking about a few days.”

He said the ‘one vote, one value’ principle “has at its heart the principle that the number of voters in each electorate should be equal”.

“To the extent this decision in any way undermines that principle… the Labor Party respectfully disagrees with it.”

He said that principle was enshrined in the Constitution Act in 1975 under Don Dunstan, whereas the ‘fairness principle’ was introduced after a parliamentary inquiry in 1991. It was, he said, a “proportional representation-type concept seeking to be overlaid on a one-member system”, suggesting the two principles were inherently in conflict.

But Labor’s stated principled zeal could yet be swayed by the prospect of forking out ever-increasing legal costs, a year out from a tightly-fought election campaign. The court reserved its decision on costs after hearing arguments form both sides, with Kourakis noting “we have two major political parties in effect arguing a point of law, both parties receiving huge amounts of money” from the public purse.

But Whitington argued Labor had performed a “public service” by appealing the redistribution, telling the court the appeal was “in one sense a test case” which “resolves a general issue of law in the community at large”.

“This was a case that was important to the community,” he said, arguing it clarified the constitution act “to guide future boundaries commissions”.

“It has served a purpose in resolving [questions about future] electoral redistributions, and the operability of democracy in this state,” he said.

“We say from that perspective that each of the appellant and respondents has performed a public service.”

Tisato told media the question was one of “fundamental democracy”.

“The question of legal costs in these cases needs to be weighed against the importance of the principle of democracy,” he said.

“I shouldn’t understate the importance of ‘one vote, one value’ to the people who fought for more than 30 years in the Labor Party.”

But Tom Duggan SC, for the Liberals, said the ALP’s appeal represented mere “self-interest by the complainant”.

“They’re interested in the outcome for themselves, and the benefit it might bring to them,” he told the court.

“Although the complainant [Martin] is an individual and an elector, he brought proceedings as a representative of the Labor Party.”

On the other hand, he noted, “it was perfectly natural and sensible for the Liberal Party to come in, through Ms Meldrum, and make submissions to provide assistance to the court”.

One consolation for Labor is that a painful round of preselection machinations need not be repeated if the boundaries are retained. The result could also play a role in the Liberals’ own internal deliberations, given lawyer Josh Teague – who has nominated to replace Isobel Redmond in the vulnerable Hills seat of Heysen – was a key member of the party’s legal team.

It’s understood Teague has highlighted his role in the Boundaries Commission case in submissions to the Heysen electoral college.

The boundary redistribution effectively shifted four Labor-held seats into the Liberals’ hands, if they manage to replicate the 53 per cent statewide majority they garnered in 2014.