Lord Mayor Martin Haese last week called a special council meeting to decide the fate of the controversial bikeway after a council-commissioned consultation showed few local residents and businesses wanted the existing bikeway (between Carrington Street and Pirie Street) to be replaced with a new design.

Abiad has proposed a “compromise” motion that would see the southern half of the existing bikeway remain as it is and the northern half of the bikeway replaced with a new, thinner version, to be extended all the way to North Terrace. 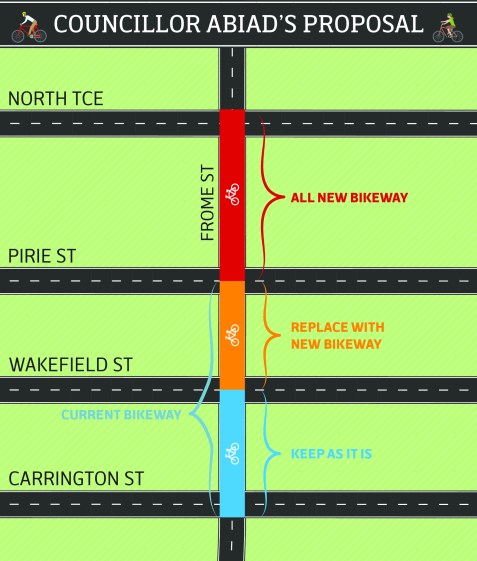 Abiad’s motion would reverse the council’s July 2016 decision – which Moran proposed – to replace the existing bikeway to allow for two peak-hour driving lanes in each direction along the length of Frome Street.

“He’s offered a solution and I think people will grab that … because I don’t think they want to [conserve] my motion,” said Moran.

“My political gut feeling is the council is weary of this – they want a compromise solution.

“I think it will easily get up … I haven’t even thought of the possibility it won’t.”

Abiad’s motion was not “the perfect decision,” she said – but “I could live with that”.

Above all, she said, she hoped that the council would stop “dithering” and make a final decision.

“I don’t think there’s anybody in council who thinks [the current bikeway] is fabulous,” she added.

But North Ward councillor Phil Martin – who has been campaigning to keep the existing section, and who argues any city bikeway less than 2.7 metres wide is “below every international standard” – told InDaily “the numbers are shifting” in favour of an all-but comprehensive destruction and replacement of the current bikeway.

He said he believed most of his colleagues will vote for an adapted version of Abiad’s motion.

Martin said that adapted motion would, in addition to replacing the northern half with a thinner bikeway, remove the cement barriers on the southern section of the bikeway to allow for a design consistent with the “treatment” to be used on the rest of the bikeway, though retaining the 2.7 metre width. 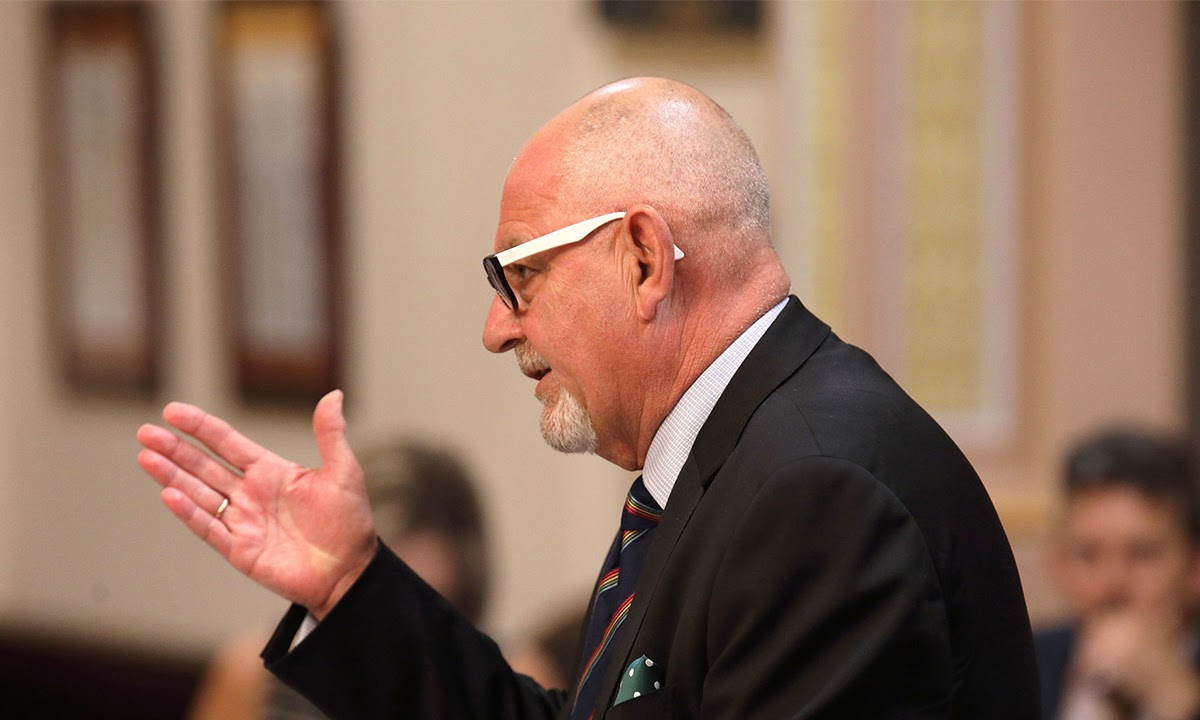 He said such a move constituted wasting all of the money already spent on the existing section of bikeway and contradicting the results of the consultation.

He said the vast majority of residents and business operators who responded to the council’s consultation said it was more important to retain parking than to have two lanes of traffic in each direction.

However, he said: “It looks like [the] council is going to give them four lanes most of the way.”

“It looks like most of my colleagues will favour ripping up part, or all, of Frome Street bikeway.

“I haven’t been able, so far, to persuade my colleagues that their legacy will be ripping up [a] bikeway [and replacing it] with something which is below every international standard … it’s disappointing.”

But Abiad told InDaily he was not aware of any proposal to amend his motion that would remove the concrete on the southern half of the existing bikeway.

Haese said he did not want to pre-empt tonight’s decision.

However, he said Abiad’s motion “has got merit” and was “an acceptable compromise”.

“I think there might be some discussion about some of the minor details of [the motion],” Haese said.

He said tonight’s decision, whichever way it falls, would allow council staff to immediately begin consultation on “fine-grain” design details with residents and businesses in the area.

He said the next steps after that would be an expression of interest process and detailed costings for construction.

Two of the most strident advocates on each side of the debate will be absent for tonight’s meeting.

South Ward councillor Alex Antic – who supports replacing the entire bikeway – and area councillor Natasha Malani – who wants the council to build the entire north-south and east-west city cycling corridors before considering changes to the existing bikeway – are both listed as apologies on the meeting agenda paper.