The state heritage-listed West’s Coffee Palace building on Hindley Street, built in ornate Edwardian style in 1903 and now containing more than 1000 square metres of office space, has sat empty since Arts SA bureaucrats were shifted to Wakefield Street in early 2014.

The building’s owner, the Duke Group of Companies, is still advertising for tenants to lease the refurbished heritage property.

West End Association president Andrew Wallace told InDaily it was a “mystery” that the building had remained empty for so long.

“It’s just never been very clear to me about why no one has [agreed to occupy the building],” said Wallace.

“It strikes me as having just about everything going for it, unless there’s something I don’t know about.

“It’s a fine building … [and] it’s a very important building for Hindley Street.”

Wallace said that with two significant hotels due to open nearby in coming years – a $140 million five star Sofitel hotel on Currie Street and a 245-room Holiday Inn Express on Hindley Street – prospective retailers had the chance to capitalise on a new injection of potential customers in the area.

“The opportunity is just sitting there for the person who can see it,” he said.

Wallace added that Hindley Street was building a stronger daytime offering than it has had in years’ past and was “crying out” for high quality retail: “We don’t need about more convenience stores; we don’t need any more massage [parlours].” 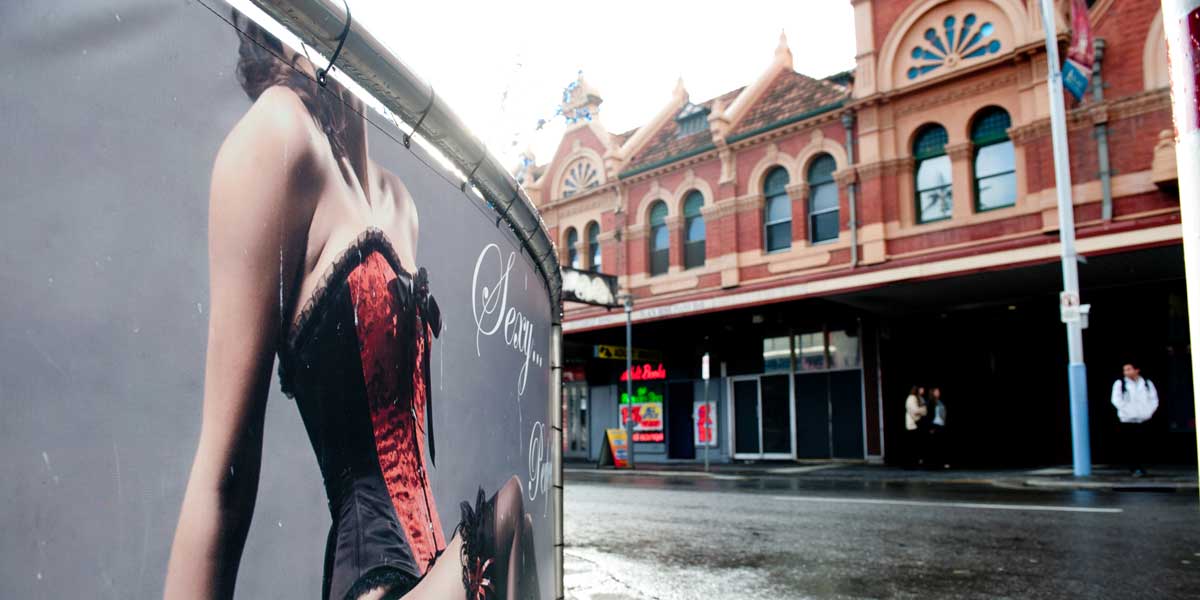 The historic building at 108-112 Hindley Street is situated opposite city nightclubs.

Renew Adelaide CEO Tim Boundy told InDaily his organisation had held discussions in early 2016 about setting up an arts-focused retail hub in the building.

He said the idea had never got beyond informal discussions, but that Renew Adelaide was keen to revive it.

“We had an idea for a multi-use retail precinct … [but] it just didn’t progress further than initial discussions,” Boundy said.

“There’s quite a good arts mix down there … [and retailers] could tap into that genre of the area.

“Renew Adelaide is keen to look at that space again.”

The vacancy rate for office buildings in Adelaide’s CBD has been steadily growing over the past 18 years, while demand has consistently shrunk.

“This means that finding and retaining tenants can be a big challenge for building owners,” he said.

But he said the historic building was well-placed in the city’s West End – a precinct which was “ever-changing” and now known for its educational offerings as much as its entertainment venues.

“The medium-term challenge for this precinct is to build a destination rather than a thoroughfare, and a destination that focuses on quality offerings,” he said.

A representative for the Duke Group of Companies referred InDaily to JLL Australia real estate agent Tom Budarick for comment.

But Budarick had told InDaily earlier this morning: “I have no comment.”