The council believes any such moves would put upward pressure on already steep Coober Pedy power costs, turn the new system into a white elephant, and expose the South Australian taxpayer to financial risks.

The owner of the local supermarket and the owner of two of the town’s hotels have both confirmed to InDaily they are considering going it alone with renewable systems – likely to be solar and battery storage.

InDaily also understands that renewable energy companies have pitched to individual households, offering renewable technology to allow customers to go “off grid”, prompting the new council CEO to warn that such moves would expose the community and South Australian taxpayers to “massive” risks.

As reported exclusively by InDaily, the Coober Pedy Council is in a legal dispute with energy company Energy Developments Limited (EDL), which is in the final stages of constructing a new energy system for the town based on a combination of solar, wind, battery storage and diesel.

The EDL proposal has been backed by the SA Department of State Development and the federal Australian Renewable Energy Agency (ARENA), which has contributed $18 million to the scheme. Coober Pedy is not connected to the state electricity grid, rather it relies on local diesel generation, with the council acting as the “retailer”, and the State Government providing subsidies to keep costs down.

As InDaily has reported previously, the council signed up to the deal last year despite deep misgivings, including a consultant’s report handed to a previous CEO which warned the scheme would cost double what it should if it had been put out to tender.

Resonant’s report also warned of “grid defection”: individuals and businesses leaving the electricity grid and exposing the remaining customers and the council to spiralling costs.

The State Government has rejected Resonant’s concerns, arguing that the EDL deal will reduce power costs, and therefore subsidies. Adding to the confusion are questions about the Government’s subsidy commitment, with Energy Minister Tom Koutsantonis saying yesterday he could not speak for any future governments.

The Government’s assurances about cost reductions haven’t eased the fears of locals, who remain in the dark about the detail of the deal.

Robert Coro, who owns the Desert Cave Hotel and the Opal Inn, said he feared his power charges would increase under the 20-year deal, although he was having difficulty getting clear answers from government and council officials.

“I suspect there will be several supermarkets and hotels out of business,” he said. “We will have to shut our doors (if the price increases).”

Coro said he was talking to an energy company about installing a $1 million solar-battery solution to power his hotels, independent of the grid.

“I am talking to someone now to try and see if I can do something like that but we are talking about a significant outlay of money.

“Do I have that much faith in the town of Coober Pedy? I don’t know.”

He said he was in a Catch-22 situation: he could not continue to keep his doors open with significantly higher power charges, but if enough big power users abandoned the grid, it would affect the commercial viability of the town and therefore damage his businesses.

Coro said he blamed the council, state and federal governments for the “mess”.

“It’s a disgrace quite frankly,” he said.

Adding complications to his doubts about the future are questions over whether he can install a solar system under the EDL deal.

InDaily understands the council’s contract with EDL limits the amount of solar PV that can be connected to feed back into the town’s new grid.

Another significant business consumer in Coober Pedy, Tim Carter, who runs the local IGA Supermarket, also confirmed to InDaily that he would consider his own energy solution if prices started to rise.

“Definitely – that’s something we would look at,” Carter said.

“At the end of the day, we don’t want to go away from the town grid, but if it’s going to cost (more) we will have to consider it.”

Carter and Coro both expressed confusion about why the council signed up to the deal, given its concerns.

“I think they walked in there with their eyes shut and their arse exposed,” Coro said.

Council CEO Fiona Hogan, who was appointed after the deal was signed, said she feared the EDL arrangement could accelerate the decline of the town.

She said Coober Pedy was already suffering from a thinning population and struggling economy, and if people chose to leave the energy grid it would expose the council and the broader South Australian community to financial pain.

“As a council this is a massive risk,” she said. “We are a small town that has been reducing the number of businesses and families, historically, over a number of years.”

She would not comment about the reasons behind the council’s previous decision, except to repeat allegations that the then CEO Tony Renshaw had failed to present Resonant’s critical report on the deal to the council (Renshaw insists he provided the council with all relevant information).

However, she confirmed the council was now in a “formal dispute” with EDL and was seeking a fairer deal.

“The total cost of the project is having to be borne by a very small ratepayer base,” she said. 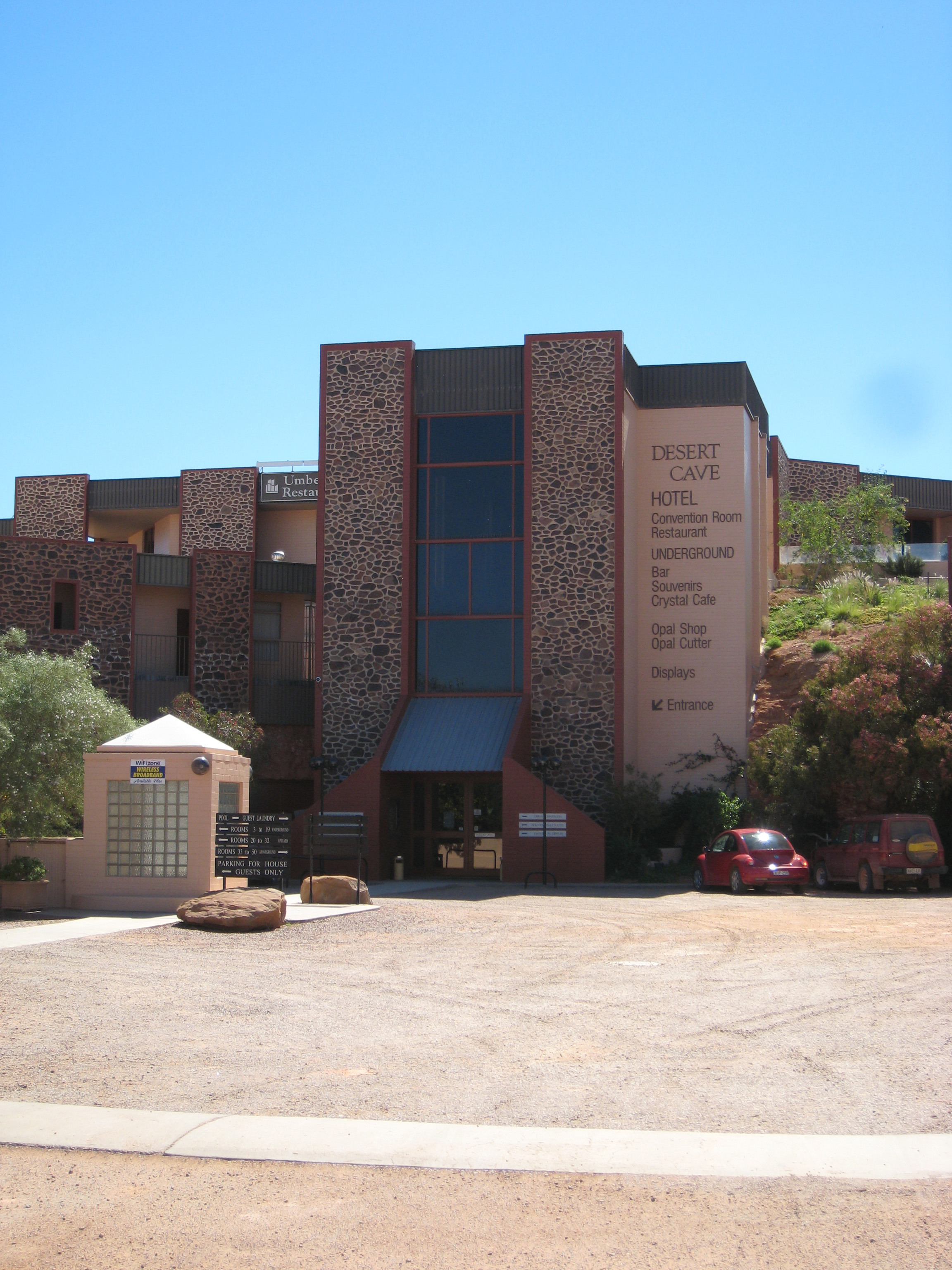 Hogan alleged the system being built for the town was twice as large as it needed to be – a problem of scale which would be exacerbated by companies and individuals leaving the grid.

She also questioned why the State Government didn’t sign the contract with EDL.

“If it’s such a great deal, why didn’t the state sign it?”

Energy Minister Tom Koutsantonis confirmed in Parliament yesterday that the State Government would continue to subsidise Coober Pedy’s power prices, but he emphasised that he could not speak for future administrations.

He was asked by Liberal deputy leader Vickie Chapman, who has asked the Auditor-General to investigate the Coober Pedy deal, whether he could guarantee the people of Coober Pedy would pay no more than grid-equivalent (Adelaide) prices over the course of the 20-year deal.

“We can’t lock in future governments,” he replied.

“The council has entered into an agreement with ARENA and another company to provide long-term investment and power supply in Coober Pedy. Obviously, we have subsidies that are offered to pay for diesel generation through our rates scheme. That will continue, but ultimately I can’t guarantee what future governments will do. We have certainly made a commitment and we will be honouring our commitment.”

A spokesperson for the Department for State Development said the agreement between the council and EDL “allows council to install up to 400kw of distributed solar PV subject to system stability requirements”.

“The Department has advised council numerous times that as the owner and licence holder for the distribution and retail systems, council should consider developing a policy on how solar PV will be rolled out in the Coober Pedy community to maximise the benefits to the community,” he said.

“Coober Pedy customers pay tariffs which are the equivalent of Adelaide tariffs under the RAES scheme. These tariffs are set independent of the EDL project and are not linked. The EDL project is forecast to deliver $5.4 million in savings over the 20 year period against the current diesel generation model reducing the subsidy required to support Coober Pedy with a critical essential service for the whole community.”

Coober Pedy has suffered from historically high power prices, with both parties promising power parity before the 2014 state election.

While the town’s prices are meant to be subsidised to bring them in line with Adelaide prices, locals, including the council, argue that businesses and essential services, such as the hospital and police station, still pay much more than they should.

ARENA has not responded to InDaily’s request for comment.