InDaily can reveal the high-profile not-for-profit has brought in an auditor to review its operations, with a streamlined business plan expected to see sweeping cuts to expenditure – including staff – and the sale of key assets, including the Royal Australian Regiment Association’s home base in Linden Park.

Former CEO Julia Langrehr today confirmed she had resigned in January – less than two years into her tenure after taking over from Sam Jackman in March 2015. She is currently on leave while she serves out her notice period.

“I felt that I was no longer aligned with the decisions of the board,” she told InDaily.

She said while there were “financial issues” facing the organisation, “I was mostly concerned with the financial management structure”.

“I wanted to change the way various things were managed [and] I felt I couldn’t continue to work there if I wasn’t able to make those changes.”

Former director of operations Corey Starkey has taken over as acting CEO.

The RSL has confirmed that two board members – former Liberal MP Ivan Venning and Corey McGowan, the head of HLB Mann Judd’s Audit and Assurance Division in SA – have also resigned in recent days, with another member, EFI International director Dr Francine Pinnuck, leaving earlier in the year.

State president Brigadier Tim Hanna said Pinnuck left for “personal” reasons while for McGowan it was “just that it was time to move on”.

Venning has confirmed he quit the board yesterday for health reasons, with frequent travel from his Crystal Brook home taking its toll, however he conceded there were major issues facing the board.

“We have assets to cover our debts, there’s no doubt about that [but] at the moment it’s a cash poor situation,” he said.

“We can’t liquidate anything.” 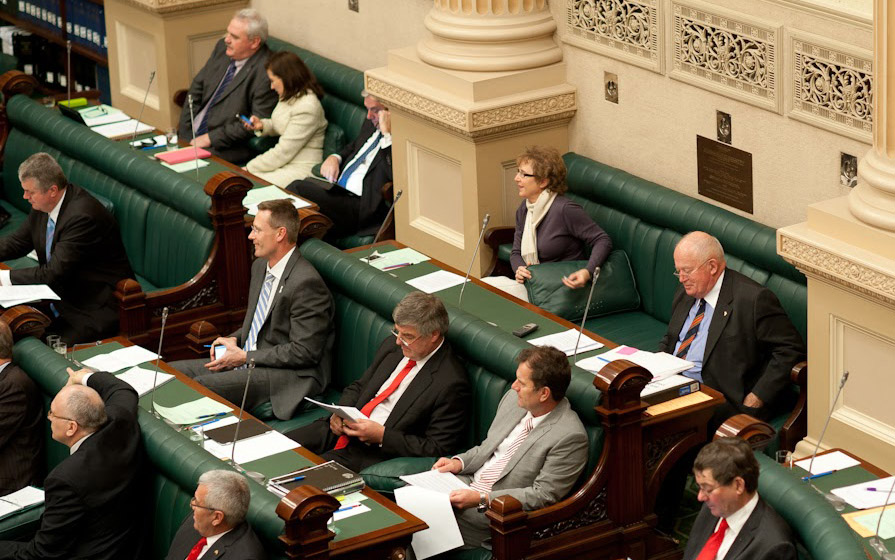 Ivan Venning (right, beside the pillar) shortly before his 2014 retirement from parliament.

It’s understood there is a standoff with the RAR, which is reluctant to give up its Linden Park home, while the RSL is still suffering from a disastrous land deal that has seen it lumped with a white elephant on the Victor Harbor foreshore.

“We can’t sell it because it’s under a strict council development control,” said Venning.

“Our revenues are down quite considerably [from] what was budgeted for last year, and that has created some challenges right now that we’re working through,” he said.

“We’re confident we can turn that around, but it will be a difficult few months.”

How difficult remains to be seen, with the national RSL called in to help overhaul the business structure.

Hanna confirmed asset sales were “quite probable… and we have some assets that are available to us to deal with, so we need to seriously consider what that might look like”.

He said some staff had already been made redundant, while other positions will not be replaced, but suggested broader changes could include “everything from travel to normal office expenses”.

“We’re working through that in conjunction with the national office,” he said.

“We’ve arranged for an auditor to review our business operations and are waiting for the details of that report to identify weaknesses in our business and things we need to do to improve.”

On selling Linden Park, he said: “The plan hasn’t been formulated yet but certainly that’s something that’s been discussed quite openly with RSL members out there.”

“It’s not something we particularly want to do, but we don’t get a commercial return from it,” he said.

“A key part [of] the discussions we’ve had with the RSL members there is if can we find a suitable alternative place for them to call home.”

He said the Victor Harbor land – six beachfront lots near the Granite Island jetty – was purchased by the Poppy Day Trust Fund Incorporated, an initiative of the RSL, in 2004 “with the intention of building a hospitality facility and a new sub-branch on the foreshore of Victor Harbor”.

“There are difficulties pertaining to zoning regulations, which are quite restrictive, and that’s meant any potential buyers and developers have largely been discouraged from doing so,” he said.

“We’ve raised this with the State Government to find a way to free up some of those regulations.

“Nonetheless it’s a very valuable piece of land, potentially worth somewhere around $1.6 million [but] trying to do that in a difficult market has proved challenging over many years.”

He conceded the land is “not used” by the RSL – “it’s actually sitting there vacant, right on the foreshore”.

“We have assets – the challenge is how to release them,” he said. 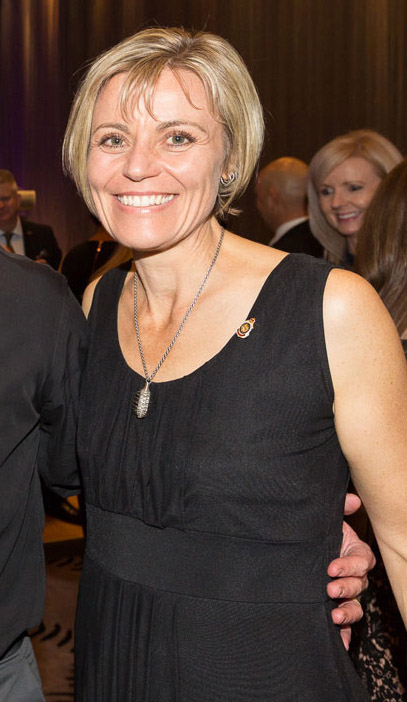 But Langrehr told InDaily the land was “an issue now because it’s very difficult to sell it for the value that was paid for it”.

“That happens in real estate sometimes – people make decisions and unfortunately in SA there’s not a lot of return.”

She said decisions such as the Victor Harbor purchase – which was made before her tenure – “were made because at the time they seemed like the right decisions to make”.

“The people involved in those decisions were doing what they really believed to be the right thing… I suppose that’s part of what I talk about with the alignment of where the organisation needs to focus.

“Being able to buy land and build clubs, that was the plan back in 2008 [and] at the time there was a lot of sense pointing to that being the right decision [but] in my opinion, that’s not the direction the RSL should be going in SA.

“We can’t afford to make those decisions anymore… I think we need to look at repurposing assets or releasing assets, and I know that’s a very, very difficult matter because of the people who are affected by that.”

Langrehr also raised concerns about a “perceived conflict” of some board members whose firms did commercial work for the RSL.

Hanna said there were members “whose firms have done work for the RSL”, adding: “That’s not an unusual thing for boards and gives us great advantage.”

He said the work had included “significantly discounted rates and pro bono work” as well as paid commercial work.

“While it’s an issue that’s on the table, we’re comfortable that we deal with that and manage it appropriately,” he said.

“Matters of conflict of interest are listed and raised at the beginning of every board meeting, and where it’s identified that they might affect the functioning of the board or the conduct of the meeting, they’re dealt with there and then… overall it’s something the board is comfortable with and has processes in place to deal with.”

Hanna said the RSL’s problems were symptomatic of those faced “in the general world of not-for-profits trying to generate revenue streams that are consistent”.

“To plan your year with some surety is important, and we have to look at ways and means to achieve it.”

Venning insists the situation is “not as bad as it looks”.

“We can quickly put [assets] on the market and get some cash there… we know what we have to do.

“We’ve got to act, we’ve got to pick up the tab… but we’ve learned to watch what we spend.”

Veterans SA director Rob Manton – whose agency funds the RSL for various projects, including running Anzac Day events – said it was “in that in-between space, as a lot of non-profit organisations are”, facing a difficult economic landscape as well as the “changing needs of veterans”.

“They work very hard for veterans, and it’s a question of adapting their model to a slightly different market,” he said.

He said the RSL was only “one of more than 300 ex-service organisations in this state” – albeit “the biggest one”.

A spokeswoman for Veterans’ Affairs minister Martin Hamilton-Smith echoed that in a statement which said “the RSL is a national body, and one of several hundred returned services organisations that work tirelessly on behalf of veterans”.

“The State Government assists the RSL and other ex-Service Organisations to conduct commemorative events and to address issues of concern to veterans but does not involve itself in any ex-service organisation’s internal operations,” the statement said.