King – effectively a newly-created electorate and Labor’s most marginal seat on a tenuous 1.4 per cent – is becoming a headache for both major parties even before campaigning has begun, with the ALP still to field a candidate and two factional opponents duelling for the Liberal nomination.

Moderate-backed Luethen-Soper is set to face off against Salisbury councillor and one-time federal candidate for Makin Graham Reynolds, who it’s understood has the support of key conservatives, including former Newland MP Dorothy Kotz.

But internal squabbles within the strife-torn Tea Tree Gully council are threatening to overshadow the preselection battle, with Knight – an on-and-off member of council for two decades – saying he will strongly consider standing against Luethen-Soper if she wins preselection.

“I consider being mayor of Tea Tree Gully an absolute privilege and honour, and I wouldn’t give it up lightly – but I wouldn’t rule out running just to put out a fact sheet [about Luethen-Soper],” he told InDaily.

“I would consider doing that; it would be a big step, because I love my job but sometimes you have to make a stand,” he said.

Knight, who said he was a Liberal Party member briefly in the 1990s but is otherwise unaligned, said he had no issue with councillors standing for state parliament and tried to forge a collaborative relationship with the government of the day, regardless of party.

But he said Luethen-Soper had “created her own issues” within council, including tabling an amendment to its procurement policy “without consultation” that would commit the council to only purchasing from businesses within its local government area.

Knight suggested he had had a rocky personal and professional relationship with the prospective Liberal candidate, who he said had made numerous complaints to the ombudsman and CEO about him.

Luethen-Soper did not return calls today and last week told InDaily she had nothing to say publicly about the Liberal nomination.

But frontbencher David Pisoni, who is one of two Liberal MPs paired with the King campaign, said he was “not surprised Paula has ruffled some feathers on the council”.

The Tea Tree Gully council has hosted a number of internal spats of late, with one member, Brian Massey, resigning last year citing his family’s wellbeing after police cleared him over his childcare expense claims.

He had reportedly received an anonymous letter warning he would be targeted over his receipts.

Amid the fallout, Luethen-Soper told the local Messenger that there was a lack of respectful behaviour between councillors and “strong leadership” was needed.

“This is an opportunity for this council to build up trust and relationship across the council in the future,” she said at the time.

It’s also not the first time state and local affairs have been intertwined in the area recently, with council minutes from last year revealing that one state MP lodged 24 of the 34 Freedom of Information requests received by the council in the preceding 12 months.

Jennifer Rankine – the retiring Labor MP for Wright, whose borders will be significantly usurped by King – confirmed she had lodged the FOI requests, which were largely directed at Leuthen-Soper. 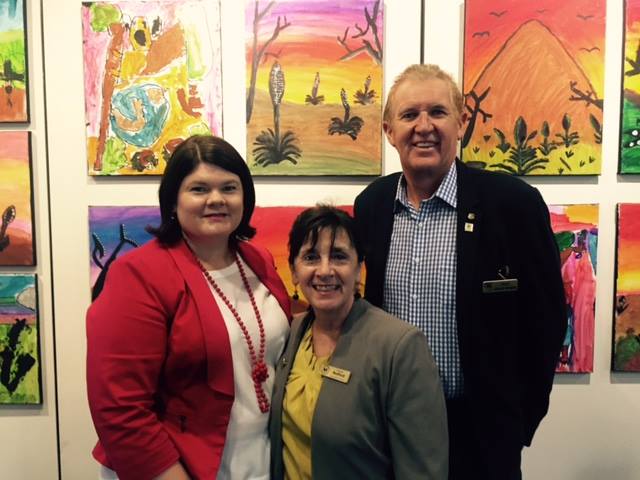 She said this was in relation to a botched children’s playground project, arguing “when someone destroys something that’s so loved that people are actually coming to us about it, I take them on – that’s my job”.

Rankine last month posted a Facebook tirade about Luethen-Soper, saying she had “changed political party” to run in King.

“At the last State election she was handing out How To Vote Cards in support of a non-Liberal candidate,” she wrote.

It’s understood that candidate was independent Danyse Soester, who took on the Government over its child protection failures.

“Word is a battle is looming over preselection for this seat so it’s not yet in the bag for Paula!” Rankine’s post continued.

Insiders say Knight’s candidacy would be significant in the seat, given his long public role in the area.

Labor is yet to select a candidate and has extended nominations until mid-March. InDaily revealed last week the party’s Left faction wanted Jo Chapley to run there, prompting her to quit the faction to run in the central seat of Adelaide instead.