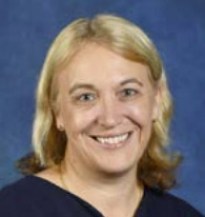 An email from Kaminski to staff earlier this month said that Squire had gone on personal leave, and was due to return tomorrow.

However, Kaminski said today that she had decided to end Squire’s contract last night.

“We really need somebody with a more collaborative, consultative style,” she told a media conference.

“We need to consult differently. It’s really not about a mistake anywhere.”

Kaminski would not specify what alleged failure of consultation Squire had committed to convince the SA Health boss to end her contract, but repeated the claim CALHN needed an executive with a more “consultative style” to manage the transition to the new Royal Adelaide Hospital later this year.

Kaminski insisted Squire’s sacking would not affect the timing of the opening of the new Royal Adelaide Hospital.

She added that Squire had been 16 months into a five year contract and declined to identify the scale of any payout to Squire.

According to Kaminski’s email this morning, “SA Health Deputy Chief Executive, Len Richards, will continue to act in the role of Interim CEO, CALHN and will remain in the post through the opening of the new Royal Adelaide Hospital later this year”.

“During this period, Len’s responsibilities as Deputy Chief Executive (DCE) will be shared by DCEs Don Frater and Lynne Cowan.”

Squire’s dismissal comes a month after a devastating independent review found public health services in CALHN were so poor that few doctors would allow their own relatives to be treated in the system.

The review found CALHN services had “no shared definition of what good care is or looks like”, that “effective medical leadership is conspicuously absent” and the medical culture is “rooted in a mid 20th century view”.

It recommended a shakeup of executive-level positions and clinical management roles.

CALHN services include the Royal Adelaide Hospital and the Queen Elizabeth Hospital.

This month, the nurses’ union took legal action against SA Health in the Industrial Relations Commission, forcing a backdown on plans to close the S7 Ward at the Royal Adelaide Hospital.

And prominent Transforming Health critic Warren Jones released part of a report, which he said had been produced by a senior SA Health clinician, suggesting hospital ward closures could lead to higher patient death rates.

“Was Ms Squire a scapegoat for Treasury’s bed cuts plan?”

Squire was first appointed to lead CALHN in mid-2015.