One of three statues given to Adelaide by W.A. Horn, Hercules was unveiled in October 1892 in Victoria Square. In 1902, letters to the Register newspaper from ‘Sense’ and ‘Purity’ about the nakedness of the statue evoked a lively correspondence.

One wit suggested a kilt and others mocked their “excruciatingly ridiculous” views. Some agreed with the critics.

In 1925 there was a further complaint about the indecency of Hercules (The Advertiser 14 January 1925).

The Bunyip commented in 1930 how very offensive the statue was to some people and wondered what the council would do now that the trees in Victoria Square were being cut away and he could be clearly seen. The newspaper regarded Hercules’ offence as being against art rather than decency, describing him as “grossly misshapen” and “dwarfish”.

“The fellow must have been a wharf labourer, trained in shifting grand pianos and cranes on his back by the look of him.” (The Bunyip 20 June 1930)

The paper suggested moving the statue to North Terrace and putting him between Robert Burns and Venus. Instead the council moved him to Pennington Gardens explaining: “He is considered out of place in the remodelled square that is taking shape.”

“Why not move it a few steps further and drop it in the Torrens,” commented The Mail. 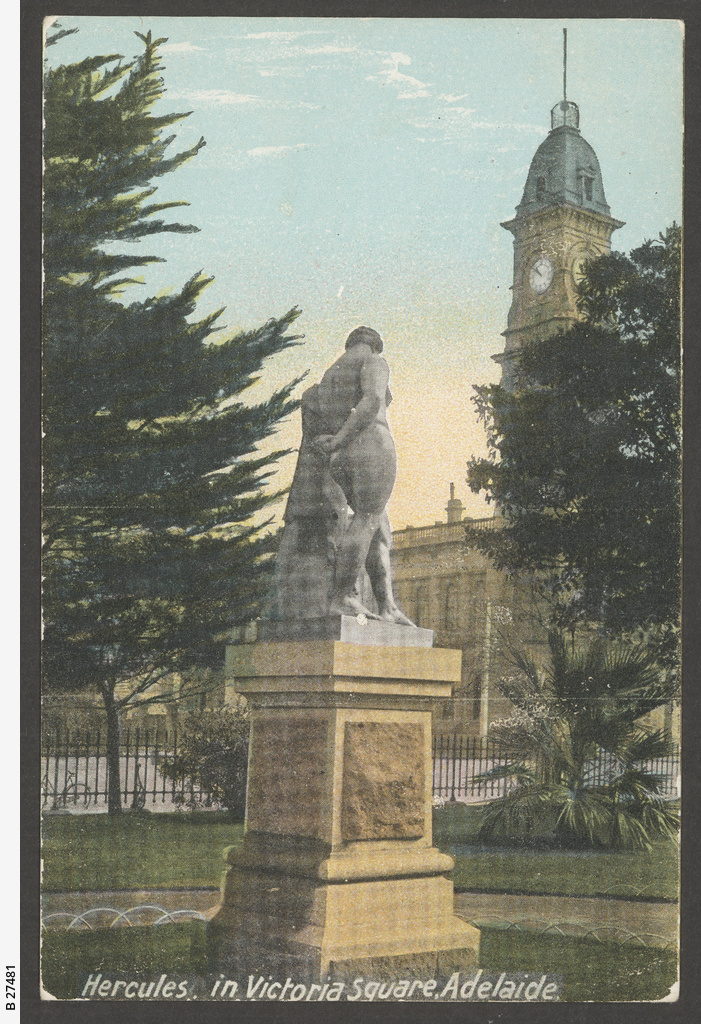 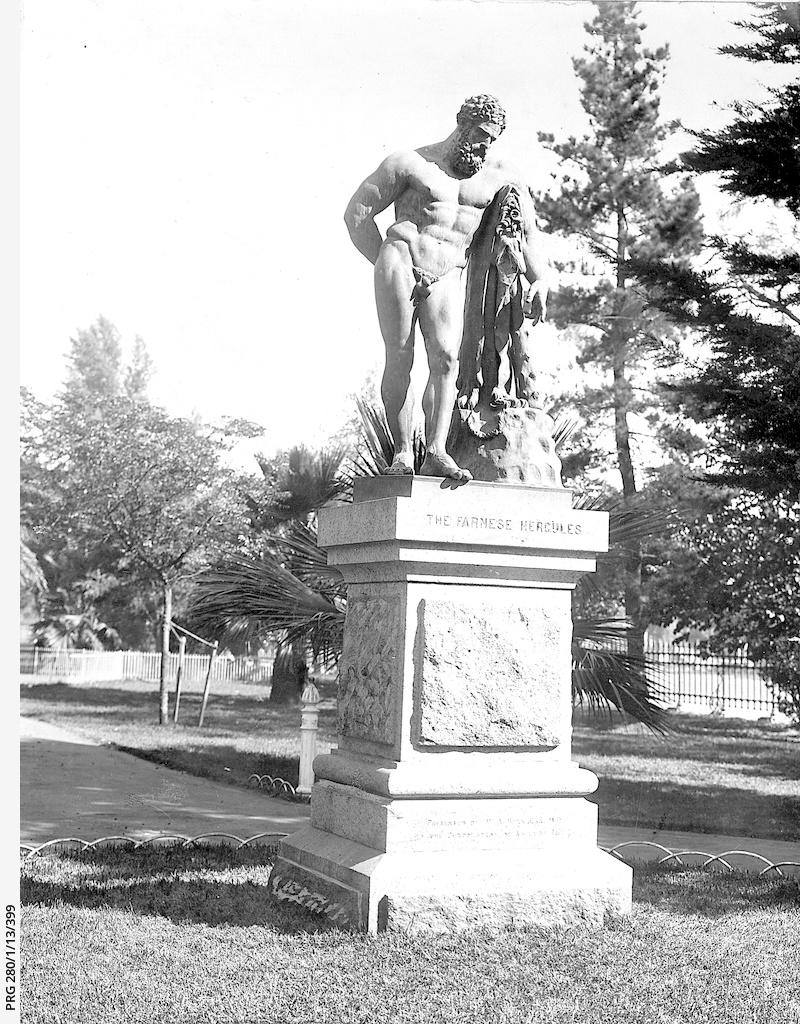 Another view of Hercules in Victoria Square, before the removal of trees caused concern about his exposure. Photo: State Library of South Australia.

Hercules continued to cause trouble. In 1940 vandals pulled him from his pedestal and the cost of repairs was 15 pounds.

In 2000, he was in the news again. The Deputy Lord Mayor, Michael Harbison, thought Adelaide had matured enough for Hercules to return to Victoria Square. He was wrong.

“If you’ve seen a picture of the statue it is quite humorous in that Hercules is a very well muscled, almost steroid muscled man, with a very small appendage which has caused people who have walked past, as I’ve seen over the few years that I known where it was and passed it – quite a large amount of hilarity as they look at it,” she said.

“So I just thought, not that I have anything against the statue itself, that perhaps this was an inappropriate statue for the square as it may cause comment and ridicule.”

Harbison responded that if Hercules’ proportions were “less than adequate” that might comfort all the men in Adelaide.

In 2016 The Advertiser returned to the fray, arguing Hercules should not be hidden away but should be placed in a more prominent position.

Hercules remains in Pennington Gardens, but had to be moved to accommodate the new Adelaide Oval.