As InDaily revealed last month, area councillor Sandy Wilkinson voted for a motion late last year which he said may indirectly financially benefit his own business.

He insists his actions were entirely appropriate and has produced legal advice concluding his voting did not constitute a conflict of interest.

South Australian Ombudsman Wayne Lines has now confirmed he is investigating the councillor.

“We have commenced an investigation,” Lines told InDaily.

“These investigations commonly take four to six months [to complete].

“I won’t be able to divulge further details.”

Under the Local Government Act, a councillor who votes on a matter where she or he has a material conflict of interest can be fined up to $5000 – where there is no intention to gain a benefit from the vote.

A councillor can be imprisoned for up to four years, or fined up to $15,000, if there is intention to gain a benefit. 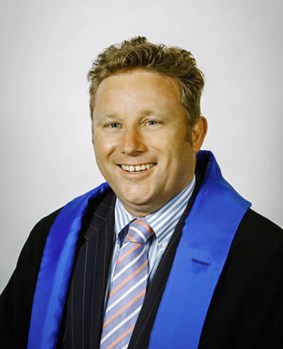 “That’s where people need the additional incentive to actually do that part of it,” he said.

“I think that this is a component which people are sometimes reluctant to, sort of, pay to get assistance for, and when they’ve got somebody who is providing that service they often then do more conservation works and they do it properly and authentically.

Wilkinson told InDaily he voted for the motion because “it’s important that the council is doing everything it can to encourage people to be restoring their heritage buildings in Adelaide”.

“That’s where I’m coming from,” he added.

Wilkinson was first elected to the Adelaide City Council in 2007.