The Government today released a suite of reviews into what went wrong when the lights went out on September 28, with SA Health coming under the most intense blowtorch.

But the author of the report into the state’s emergency response, former police commissioner Gary Burns, warned at a media conference today that many South Australians have “unrealistic expectations” of emergency services in such a situation, saying: “People should accept that in events like this you’re not going to get an SES van outside your door.”

The Flinders shutdown was due to “human error”, while the Port Augusta failure – which left that hospital without any power at all for more than five hours – was due to an old, poorly maintained, inadequately-sized generator.

A review of the failure of the Flinders Medical Centre back-up diesel unit – which led to several families losing a total of 50 embryos at a co-located fertility clinic, and other near-disasters – found that human error was likely to blame.

A report by engineers Aurecon concluded that the loss of essential power during the blackout was “related to the generator fuel system, and most likely caused by human error in wrongly leaving a switch off”.

However, it said a contributing cause was also “deficiencies” in alarm systems to notify staff the fuel levels were low.

The report recommends improvements to the ability of maintenance staff to address emergency situations.

While it concluded that the hospital’s main emergency power systems’ architecture met relevant standards, the same could not be said of the ageing back-up system at the Port Augusta Hospital, which also failed during the blackout.

A separate and damning report into the Port Augusta failure by System Solutions Engineering found the back-up generator was 44 years old, was inadequate for the power load required, and had the wrong batteries installed.

When it was started up on September 28 following the blackout, it overheated and then developed an oil leak and a ruptured fuel line.

The investigation concluded the problems were “purely maintenance-related issues” either due to “poor installation practice” or “age of pipe past serviceable life”.

“The fuel hose rupture would most definitely be attributed to the age of the hose, as the hose would have become brittle over a lifespan of 44 years and failure was inevitable for a rubber fuel hose of this age at some time,” the report found.

The report also found the generator was “never tested under full essential load conditions” and “does not have a preventative maintenance program”.

In addition it was “only serviced once a year” and had perishable items that “may still be the originals from 44 years ago”.

The hospital is not owned by SA Health, but is leased from Port Augusta Hospital Limited, which engaged Honeywell for maintenance and repair works.

The power outage lasted 24 hours and the hospital was without power for a total of five and a half hours during this time, following multiple failures of the back-up generator and a temporary generator provided by SA Power Networks.

Health Minister Jack Snelling conceded in a statement today there were “lessons to be learnt from this unprecedented event”.

“My heart goes out particularly to those who lost embryos as a result of the generator failure at Flinders Medical Centre,” he said.

“SA Health has adopted all recommendations… including putting in place new measures to prevent human error.”

Speaking to reporters at a media conference, Snelling said of the person “who left this switch off” at FMC: “This is something they will have to have on their conscience.”

He said he was not aware of any legal claims against the Government.

He said most recommendations had already been implemented “and the remainder are in the process of being rolled out” – with the most important being the installation of an alarm system in case”the switch is accidentally left in the ‘off’ position”.

“It is very distressing that a very small, simple matter of human error can have such a devastating impact… I’m incredibly sorry for the families that lost embryos,” he said.

Snelling said authorities were “in the process of procuring” a new generator for Port Augusta.

While SA Health bore the brunt of criticism today, a broader review of the emergency response delivered a raft of recommendations to bolster the state’s preparedness for extreme weather events and extended power outages.

Burns’s report said the September blackout identified “new challenges for state and local governments, businesses, and individuals”, and warned that “recovery operations in SA are somewhat ad-hoc and inconsistent in the manner in which they are identified and carried out”.

However, Burns emphasised that improving the state’s ability to withstand or minimise the consequences of such events was “not the domain of government alone, but also the responsibility of the broader community, business, and individuals to participate through shared-responsibility and developing their own resilience”. 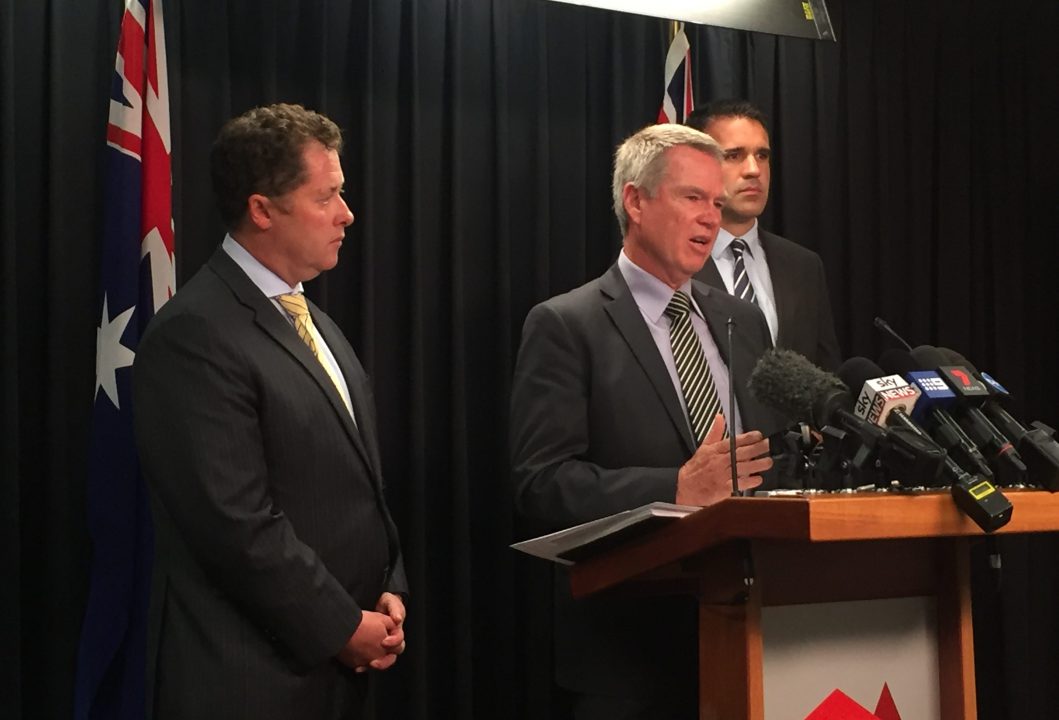 However, he noted, “whilst the Act recognises that all sectors of the community – including local and state government, non-government organisations and individuals – have a role to play, it is another thing to achieve those objectives”.

“This is made particularly difficult with the disparate state of SA’s structural arrangements and the lack of a robust assurance framework.

“The state government needs to commit to the strategic development of emergency management in SA to enable and develop a more holistic, cohesive approach to prevention, preparedness, response and recovery.”

“Many business continuity plans (BCPs) across the business sector and within government departments including emergency services, proved to be inadequate,” Burns found.

“There were problems associated with loss of power, including; access (lack of) to food, medications, fuel, credit card payments, cash, telecommunications, essential home appliances and water.”

He said while there are established protocols to manage power supply shortages, “there is no plan for a widespread, extended-duration power outage and the associated consequences”.

“The egress of thousands of people from the Adelaide CBD in a relatively short period of time was orderly despite the frustrations of access to public transport, inoperative traffic lights, traffic congestion, and poor weather and road conditions… however, it highlighted a need for an evacuation plan for the CBD and backup power for traffic lights to achieve a rapid exit from the CBD through identified traffic corridors.”

Similarly, he recommends a state plan to manage ICT failure in emergency situations, noting that “mobile phone towers have limited backup power or may be overwhelmed, which can result in communications difficulties and inability to access [emergency] services”.

“The National Broadband Network may add further complications to home users during emergencies due to the handset’s reliance on electrical power,” the report warned.

Burns urged “businesses and individuals” to “assess their circumstances and develop or amend their own business continuity plans or individual safety plans accordingly”.

He found problems in the rollout of the Government’s response to flood-affected market gardens at Virginia, saying that the “timing and the administration of the Loss of Power Grant caused considerable consternation, not only with potential recipients, but also with those involved in emergency relief and recovery”.

“Members of the community overwhelmed help lines with enquiries… emergency relief centres became congested and the ability of these centres to effectively provide physical support and comfort to those seeking relief was severely hampered,” the report said.

Nonetheless, Burns argued that “overall… this statewide, complex event was in general well-managed, with coordinated, effective response and recovery operations put in place”.

“Resilience is often talked about,” he wrote.

“There is a national strategy agreed by COAG [but] it would appear that at this time it is insufficient and requires a concerted effort to develop strategies, operationalise them and achieve government, community and public ‘buy-in’.”

The formulation of a new State Plan for “managing the consequences of a black system event” – including a CBD evacuation plan predicated on an uninterrupted power service for traffic lights and a broader Business Continuity Plan – headlined 62 recommendations, which also included a broader review of emergency management arrangements by SA Health. However, Emergency Services Minister Peter Malinauskas emphasised that the Government hasn’t committed to accept all 62 recommendations.

Burns told media today while many things went “very well… there’s always something that you can do better”.

“The emergency management system itself is pretty good,” he said.

“I think there’s a large number of South Australians that have unrealistic expectations [of emergency services]… people should accept that in events like this you’re not going to get an SES van outside your door.”

Opposition Leader Steven Marshall said the Burns report failed to address “the elephant in the room” – the root cause of the power blackout – which he said was “completely unacceptable”.

“We need an independent inquiry [on the blackout] on behalf of all South Australians,” he said.

The Australian Energy Market Operator’s own inquiry into the reasons for the statewide blackout remains ongoing, although its preliminary report in October found the unprecedented outage was caused by cascading events, starting with a fierce storm cutting three major transmission lines, followed by wind farms disconnecting from the energy grid which caused a massive load spike on the interconnector to Victoria.

Marshall said the health reports “sounded alarm bells [over] the chaotic management of Health”, adding: “This is a Government that can’t get the basics right.”