Gladys Sym Choon was a well-known Adelaide identity at a time when all the odds were stacked against her. Despite living during the White Australia Policy (officially known as the Immigration Restriction Act) and at a time when prejudice against Chinese people was high, she ran a highly successful and popular business.

Born here to Chinese parents, Gladys did not require a certificate of exemption from the provisions of the Immigration Restriction Act, and was able to travel frequently to China and Hong Kong.

One of four children all educated in Adelaide, she and her siblings built on their father’s hard work selling fruit and vegetables door to door, which financed the first family business in the east end of Rundle Street selling imported Chinese goods including tea, fireworks and handcrafts.

Gladys and her sister Dorothy then established their own shop importing luxury oriental goods, which Gladys ran on her own after Dorothy married Leslie Young (Poy Hing) in 1930 and moved to Sydney. 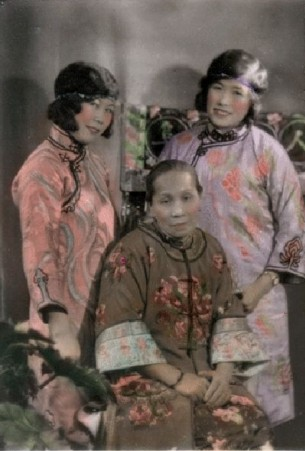 On her visits to Hong Kong, Gladys bought goods to sell in her store. In a 1990 interview, she said: “I had lovely things only the wealthy could afford. Very exclusive things. If anyone wanted that type of thing, they would come to see me.”

The success of the store allowed Gladys to open a second business in the Regent Arcade which operated from the 1930s to the 1950s.

Gladys’s wedding to Edward (Teddy) Chung Gon was a grand event, reported in the Adelaide and interstate papers. The couple moved to Hobart and Gladys placed her businesses in charge of managers.

She regularly visited her shops in Adelaide, and the China Gift Store operated until 1985.

Her legacy lives on in the name of the fashion business now occupying her former shop premises in Rundle Street.

‘Time and place’ is a series about significant places, objects and people in South Australian history, brought to you by a partnership of InDaily and the History Trust of South Australia.