While he’s brushing it off as a “first world problem”, the long-time councillor – who today confirmed he had nominated for party preselection in the Labor-held southern suburbs seat of Badcoe – may be forced to move house for the second time in a matter of months, after he jumped the gun and shifted into his target electorate, only to find himself shifted out again when the boundaries commission handed down its December redistribution.

“I was in [the seat] according to the draft boundaries [in August]… but under the current boundaries I’m not,” Clyne somewhat sheepishly confirmed to InDaily.

He sold up his family home in Unley Park last year, moving from fellow Liberal David Pisoni’s Unley electorate to Plympton in Steph Key’s seat of Ashford, which will be renamed Badcoe for the 2018 poll.

But while much of Plympton remains in Badcoe in the commission’s final report, the area to which the Clyne clan moved was shifted into neighbouring Morphett – where another Liberal, Duncan McFetridge, has warned colleagues he will not be dislodged. 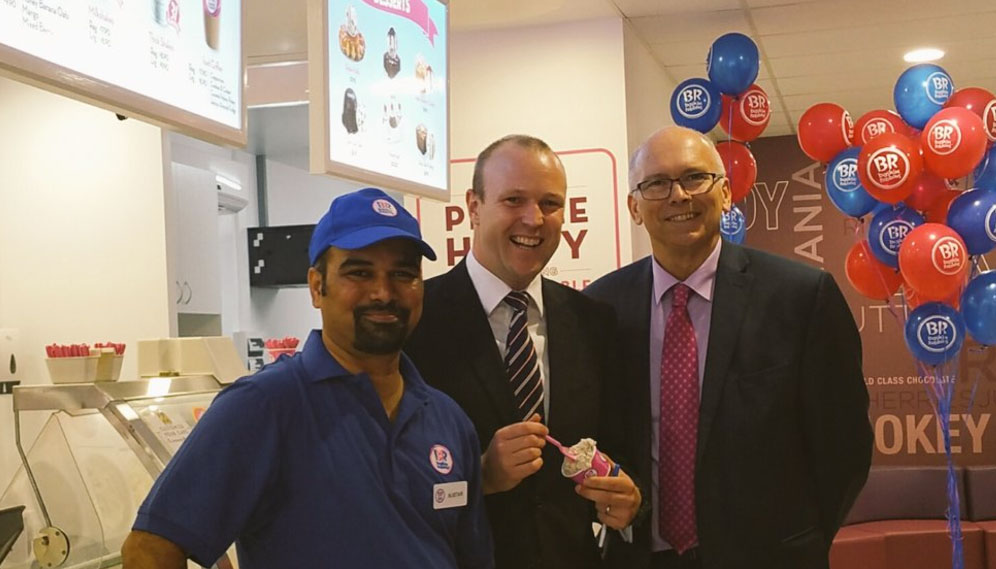 “We’re only just on the border,” Clyne enthused, noting he was “about two streets” outside his prospective political home.

And while he’d hardly be the first politician to live outside his electorate (and only just), he says he’s likely to sell up all over again if he gets the nod from his party after nominations close.

While he says it’s a family decision and won’t commit to move again, “we’ve talked about it and would like to”.

“I personally do believe that you should be closely involved in the neighbourhood [you represent],” he said.

“It’s high on our priority list… it’s something that we as a family will just have to manage.

“I’ve got a young family, my daughter’s 15 months and we’ve only just moved, so obviously there’s a few timing issues around how to achieve that.”

But, he insists, “these are the first world problems”.

“The main thing is to focus on the issues that are important to people… but at this stage I haven’t been preselected.”

Clyne today confirmed on an ABC radio broadcast, in which he appeared as mayor for the opening stage of the Tour Down Under, that he had “put in a nomination and the Liberal Party is in the process of going through the nomination forms”.

The party opened nominations in several seats last month, with state director Sascha Meldrum telling InDaily today they hope to make an announcement about when those nominations would close “soon”.

The process has been complicated by Labor’s Supreme Court challenge to the redistribution, with arguments to be heard before a full bench of five judges next month.

“If I don’t get preselected I’ll just continue on as mayor until 2018,” Clyne told the ABC, but confirmed: “I won’t be running again as mayor.”

If he wins the nomination he said he planned to take a leave of absence in October and resign “early in 2018”.

He said the council’s incoming deputy mayor Don Palmer would initially take over before the council voted for an acting mayor to take them through to the 2018 local government elections.

Clyne said he’d expect “I’d be very competitive in a preselection and that’s all you can ever hope to be”.

However, it’s unclear who his Labor opponent will be, with veteran incumbent Key yet to commit to standing again.

She said last month via SMS that Badcoe’s 4.2 per cent nominal Labor margin under the redistribution “is very attractive, having campaigned five elections with a marginal seat”.

InDaily revealed last week that there have been internal party discussions about first-term right-winger Annabel Digance swapping to Badcoe from neighbouring Elder, where she faces an uphill fight after the seat was shifted onto the Liberal side of the ledger by the boundaries review.

“I’ve probably heard the same things you have,” Clyne conceded.

“But at this stage I’ll have to leave that to the Labor Party… I’m not overly concerned who it is.”

He said if he is preselected his message to any Labor MP with designs on Badcoe would be: “Look elsewhere!”

*This story originally incorrectly listed former Unley Deputy Mayor Bob Schnell as the likely acting mayor. The current deputy mayor is Michael Rabbitt, but he will soon be replaced by Don Palmer.