Nationally, this year was Australia’s second-wettest winter on record, with rainfall 82 per cent above average for the season. It was followed by a wet spring, which included significant rainfall events across much of the catchment in September and October.

The river peaked in many places in November and December, with in-flows at the South Australian border reaching 95 gigalitres per day on November 30 – the highest flow since 1993.

The high flows have led to the inundation of hundreds of wetlands and floodplains, sparking a flora and fauna explosion from trees and groundcovers to insects, invertebrates, fish, frogs, birds and mammals.

Experts say the river is now enjoying its best health since the decade-long Millennium Drought in Australia, which ended in 2009.

SA Department of Environment, Water and Natural Resources Wetlands and Floodplains team leader Rebecca Turner said the recent high flows had meant many parts of the river system were showing their strongest health since before the drought.

She said the inundation of floodplains and wetlands during the spring and summer months provided excellent breeding conditions for a range of species such as fish, frogs and waterbirds.

“You get an explosion of macro invertebrates, phytoplankton and zooplankton that end up in the water and then come into the river channel so there’s this real boom that you experience when you get inundation from higher flows,” Turner said.

“We’ve seen good vegetation and flowering growth on some of our long-lived species out on the floodplains such as river red gum and black box that will help for the future.

“We’ve also seen quite a lot of the lower-level ground cover vegetation growing and all of that is really good food resources for other species.

“When you get a boom in macro invertebrates they end up being food for fish, birds, tadpoles and frogs, which then in turn become food for bigger fish and so on – it’s a good cycle for productivity.”

Nationally threatened species the southern bell frog has been found breeding in wetlands along the river and has been heard calling at more sites around the Lower Lakes this year in comparison to previous years.

The conditions have also brought out small yabbies (pictured below) by the thousand. 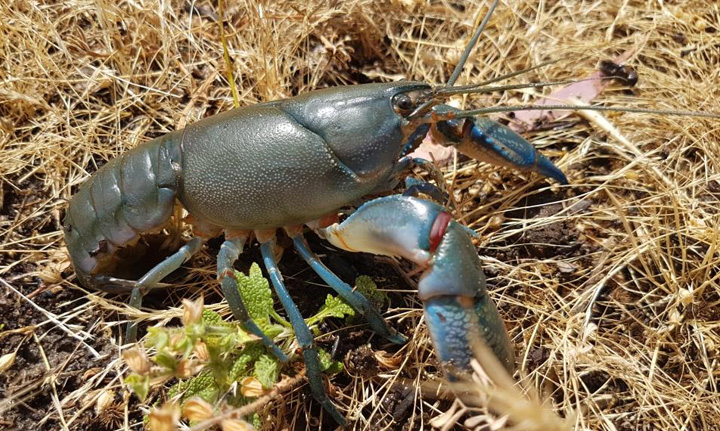 Yabbies can survive many years of dry conditions in deep burrows. They have not been seen in significant numbers since 2010-11.

“There has been a yabby boom and even since the flood has receded somewhat they’re still being found in those backwaters so the yabbies are certainly running,” Turner said.

“You get insects coming out of the soil and they become food for all of the fish as well.”

Turner said the benefits of wetland and floodplain inundation were felt down the full-length of the river and into the Lower Lakes and Coorong region near the Murray Mouth.

“When the flows recede, a lot of this stuff gets washed into the river and becomes food for the larger fish that live in the main river channel, the Lower Lakes and out through the barrages to the Coorong and the estuary,” she said.

“You end up with this really great productivity pulse coming all the way down the river, which then provides food for all the estuarine fish and waterbirds in and around the Lower Lakes and Coorong so it’s a really positive year.”

“If we have a few more of these events more frequently then I think we’ll really start to see those populations increasing significantly more in terms of the fish and aquatic vegetation along the Coorong.” 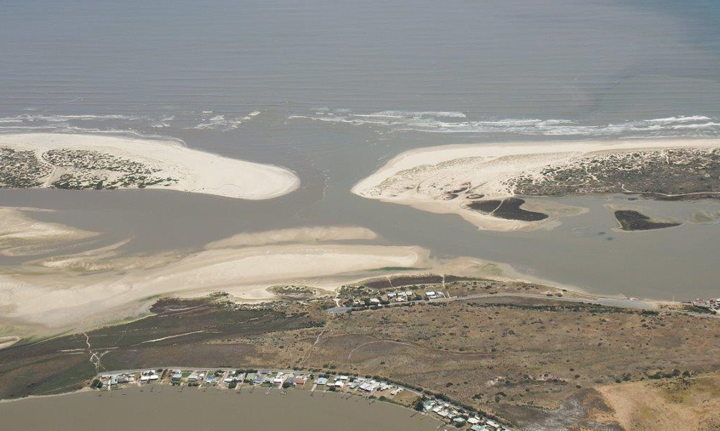 Department of Environment, Water and Natural Resources Water Resource operations manager Jarrod Eaton said 2016 was an incredible year for the Murray as it began with in-flows in the lowest 5 per cent on record and swelling the highest flows in 23 years by the end of November.

“The higher flows coming down the river provided a lot of benefit to the floodplains and wetlands connected to the River Murray,” he said.

“Some of the floodplain areas that got wet haven’t been wet since 1993, so that’s a really good outcome.

“A lot of the trees were stressed out on the floodplains; we had salt levels building up so that inundation has really helped.”

Eaton said the recent high flows widened and deepened the Murray Mouth and increased water levels in the Coorong.

“We have seen some quite good improvements to salinity levels, not just in the main channel of the river in South Australia but certainly around the Lower Lakes Alexandrina and Albert and in the Coorong,” he said.

“While things are improving, it’s fair to say that the Coorong still hasn’t recovered fully from the Millennium Drought and there’s still a long way to go to improve the longer-term ecological health and also the water quality.”

“It’s important that we see the Murray Darling Basin Plan being implemented on time and in full to help build upon the impact of these high flow events – to achieve a number of ecological outcomes in the Coorong,” Eaton said.

“You can’t always replicate nature but what the Murray Basin Plan allows us to do is fill the gaps in between.

“So in a high-flow event like the one we’ve just been through, what would be ideal would be to follow up in the next year or two with further flow into some of those wetlands.”

President of the Southern Fisherman’s Association Garry Hera-Singh said the recent higher-than-usual flows had been “a bit of a godsend”.

“It has really kicked things along. The only problem with the Coorong is that while the north lagoon is really healthy and looking really good, the south lagoon is abysmal.

“Even after this high flow event the salinity levels there are nearly twice that of seawater.”

Hera-Singh said despite the ongoing hyper-salinity problems in the south lagoon, the north lagoon was in as good a condition as he’d seen it since the late 1990s.

“The ecology in the Coorong revolves around freshwater flows and it has for millennia but in the last 200 years we’ve decided to over-allocate and over-extract water and now freshwater doesn’t get to the Coorong as frequently as it used to,” he said.

“So the buying of the water by the Federal Government in the Murray Darling Basin plan for environmental purposes has been an absolutely terrific win for the Coorong.

“Catches are much more consistent and you have much stronger age classes within your fish structures. But one of the dilemmas the commercial fishery has faced is the advent of the New Zealand fur seal tearing through nets and stealing the catch.”