Horowitz was suspended in early December due to what he said was an unspecified allegation of bullying, but InDaily understands he has not yet received details of the accusation.

He said at the time that he believed the action was related to his outspoken criticism of the State Government’s Transforming Health plans – a claim denied by SA Health.

However, many staff at the QEH clearly believe that Horowitz’s criticism of plans to move the bulk the QEH’s cardiology functions to the new Royal Adelaide Hospital was the spur for his suspension.

A letter of support addressed to Horowitz, and shown to InDaily by QEH staff, has been signed by 62 QEH-located health workers, including doctors, nurses, technicians, administrative and research staff.

It says: “It is with great sadness and disbelief that we heard of the manner in which SA Health has treated you.”

“We are unaware of the exact allegations but have no doubt that this is a deliberate personal attack on you because of the stance you have made on behalf of us and the patients of TQEH and the planned downgrade of services here.

“We are writing to you to express our collective respect and gratitude for the many years of professional and personal support to us as staff.”

The letter goes on to list some of Horowitz’s professional and personal qualities.

“Your ability to remain calm in highly stressful clinical circumstances, maintain a high level of integrity and LONG STANDING service to patients and lead in international research is second to none in our experience at TQEH.

“We are aware that the friend and Professor we have seen everyday at TQEH has had significant challenges to endure and yet you have continued to turn up to work; with patients, students, staff and research at the forefront of your mind. For this we are eternally grateful.”

The letter says Horowitz, who had a kidney transplant this year, has always been professional and, on a personal level, able to incite a smile or a laugh despite having to cope with “many layers of health bureaucracy”, and a rapidly changing working environment.

“We appreciate you and want to offer our heartfelt support for your current predicament.” 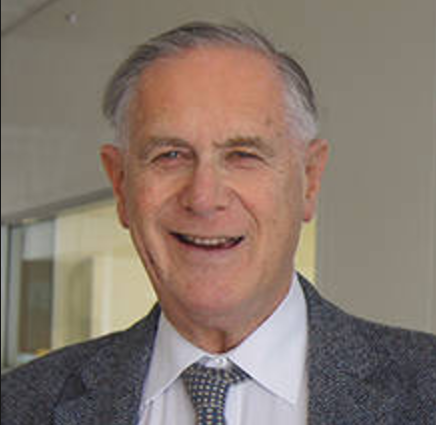 Two QEH staff told InDaily that the QEH cardiology unit did not have an acting chief in Horowitz’s absence, which raised questions about the ongoing management of the unit and services to patients.

The pair, who spoke on the condition of anonymity, said staff were reluctant to speak out against Transforming Health because of concerns of a backlash from management.

“The feeling is that people are very afraid to speak,” one said.

Staff had been disciplined for using social media to support the work of individual SA Health sites against proposed Transforming Health changes, the pair said.

More than a month after Horowitz was suspended, they were in the dark about how long he would be away from work, or how the unit should be managed in his absence.

The acting chief executive officer of the Central Adelaide Local Health Network, Shaun Eldridge, said the investigation into Horowitz was being finalised and he would be given an opportunity to respond to the allegations before a formal report was prepared.

“We refute the suggestion that staff are disciplined for sharing their views on Transforming Health. Discussion around these important health reforms is welcomed and encouraged.”

CALHN also pointed that more than 2200 people work at the QEH.

It said “interim arrangements” were put in place for Horowitz’s clinical work during his planned leave late last year and “his patients continue to be cared for by other highly skilled cardiologists”.

Writing for InDaily in November, Horowitz said the Transforming Health project would “gut” the QEH cardiology unit and relocate services at the RAH.

Despite being suspended by SA Health, Horowitz continues to champion the work at QEH.

He is in Israel to discuss a collaborative project with researchers there, for which he has received a research grant, and to speak at an international conference on progress in the management of heart attacks, based on 25 years of research at QEH.