Imagine arriving in Adelaide in the 1950s or ‘60s as a migrant from the UK or Europe. For many British arrivals, their first experience of living in Australia was the Elder Park Migrant Hostel.

The government advertising promoted a glossy new future, but for many the reality was a shock.

Nothing could have prepared us, soft pampered creatures that we were, for hostel life. A small, narrow room with four hard beds, a tiny window that could be looked through only by standing on the rail of a bed – the view was an expanse of corrugated iron, the roof over the laundry block. … The water was the colour of river water – horrid brown – and smelled foul.

The hostel was on the site where the Festival Theatre now stands. The buildings that horrified so many new arrivals were converted in 1947 from the old Schools Patriotic Fund hostels, built for troops during the two world wars. 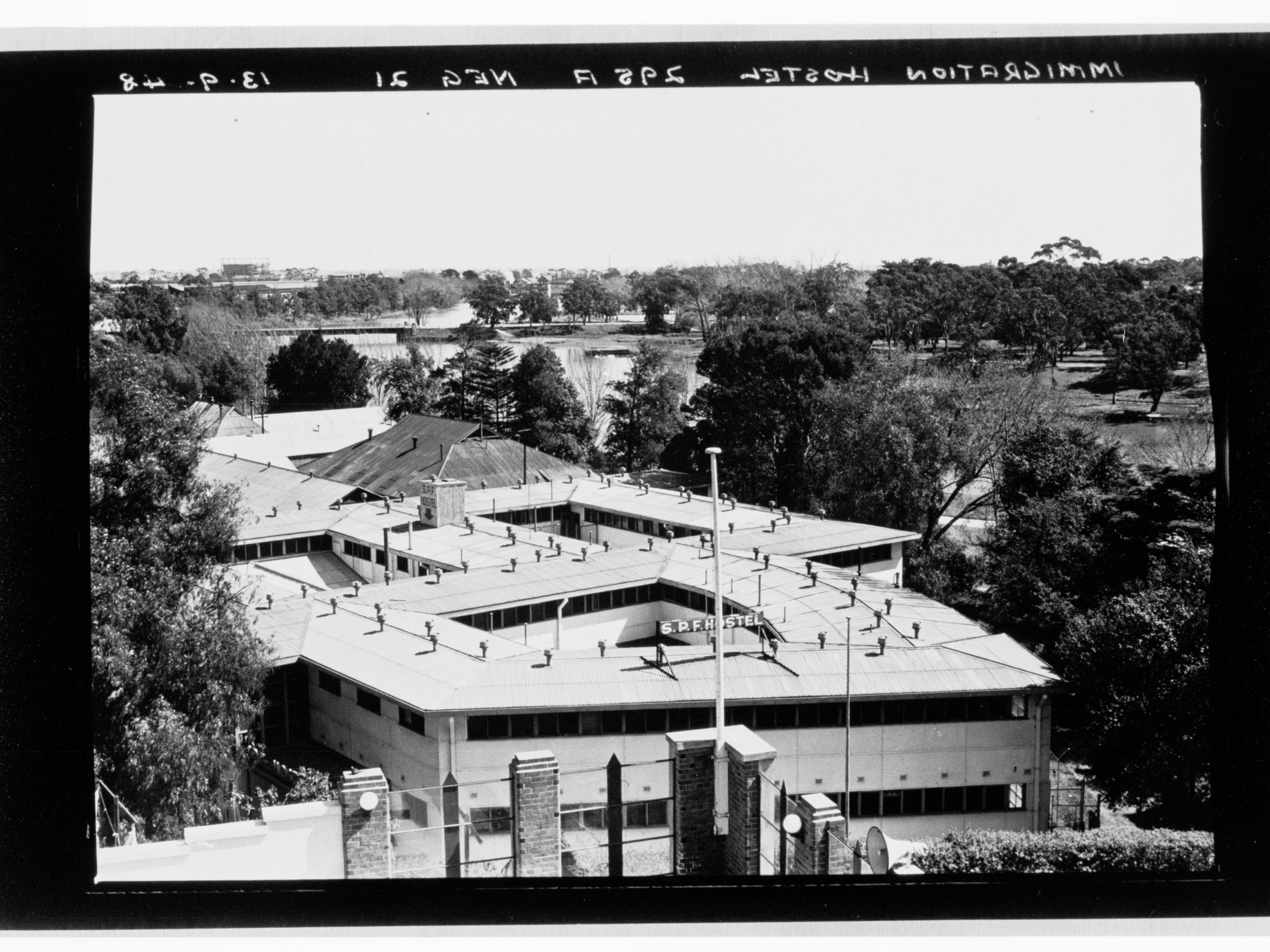 It was officially renamed the Immigration and Reception Depot, Elder Park in August 1948. Rooms varied in size from single cubicles to 14-bed dormitories. Residents could hear their neighbours through flimsy partitions. There were communal bathrooms, a dining room where residents collected their meals and ate six to a table, and a communal laundry with two ironing rooms. Some former residents have happy memories of spending time in the evenings with other new arrivals in the lounge and writing room. The rent at Elder Park varied, and was adjusted to take into account changes in cost of living. 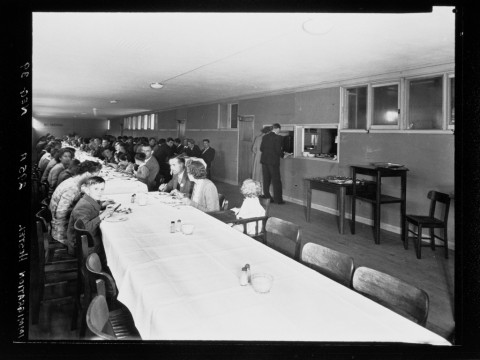 Elder Park was set up for British migrants, though it is possible that Displaced Persons were accommodated there at some point. After 1951 it was also used by migrant railway employees and their families, along with dependents of army personnel recruited in the UK. The hostel was capable of housing between 160 and 180 people.

Right in the heart of the city, the Elder Park Migrant Hostel did have the advantage of placing ‘new arrivals’ in close proximity to shops, cinema and city sights, and most British migrants only spent a night or two before moving on to another hostel or a new home. It was the start of a new life, however, bumpy that might have been.

‘Time and place’ is a new series about significant places and objects in South Australia, brought to you by a partnership of InDaily and the History Trust of South Australia.