Under the Local Government Act, a councillor who votes on a matter where she or he has a material conflict of interest can be fined up to $5000 – where there is no intention to gain a benefit from the vote.

A councillor can be imprisoned for up to four years, or fined up to $15,000 if there is intention to gain a benefit.

Wilkinson told InDaily that the motion had the potential to financially benefit his business – Alexander Wilkinson Design pty ltd – but only indirectly, by increasing a potential subsidy for his services.

Legally, a council member has a material conflict of interest if she or he “would gain a benefit, or suffer a loss – whether directly or indirectly and whether of a personal or pecuniary nature – depending on the outcome of the consideration of the matter at the meeting”.

Any councillor with such a conflict is obliged to declare it and leave the meeting room.

Wilkinson stressed that the subsidy is paid directly to homeowners, rather than directly to heritage professionals, and insisted his actions at the meeting were entirely appropriate.

“The rebate that property owners get is paid to the owner of the (property),” he told InDaily.

“It’s only a fairly minor proportion of what I do.

“… There’s a number of people that provide that sort of service.” 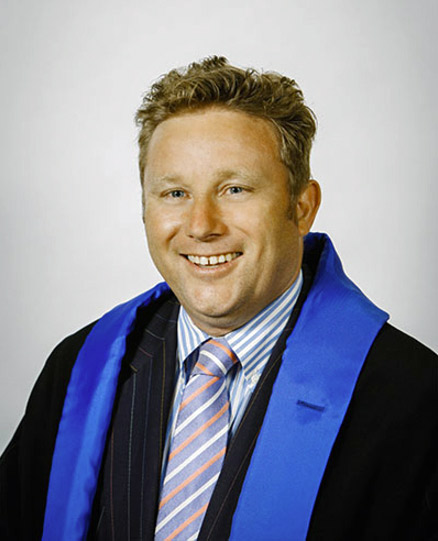 “I think that this is a component which people are sometimes reluctant to, sort of, pay to get assistance for, and when they’ve got somebody who is providing that service they often then do more conservation works and they do it properly and authentically,” he said.

“That’s where people need the additional incentive to actually do that part of it.

Wilkinson told InDaily he voted for the motion because “it’s important that the council is doing everything it can to encourage people to be restoring their heritage buildings in Adelaide”.

“That’s where I’m coming from,” he added.

Under the Heritage Incentives Scheme, “professional services” are defined to include providing heritage property owners “with advice, plans and specifications to guide the future management of and investment in heritage buildings”.

When [Wilkinson] was debating, I know there was a bit of a mutter through the ranks.

Area councillor Anne Moran proposed the motion, and the amendment that increased the professional fees subsidy.

She told InDaily she had offered to move the amendment in Wilkinson’s place, and assumed that he had checked that it was appropriate for him to remain in the chamber, enter the debate and vote on the matter.

“I, too, was nervous that he had been too close [to the matter] and so was Sandy,” she said.

“I’m comfortable in that I assume he thought long and hard about it,” she said, adding that Wilkinson should be afforded “the benefit of the doubt”.

“I trust Sandy’s judgement,” she said.

Moran conceded that she was “not au fait with the new conflict of interest laws” which passed State Parliament in March.

“I’m assuming that he would have checked,” she said.

She said she was comfortable with the events of that evening, although: “I know that some [council] members were critical.”

“When [Wilkinson] was debating, I know there was a bit of a mutter through the ranks,” she said.

Moran said she couldn’t remember whether Wilkinson had asked her to move the amendment on his behalf or that she had offered to do so proactively.

She also said she believed council staff had failed to provide enough information for councillors on conflict of interest issues.

But councillor Houssam Abiad – chairman of the Finance and Business Services Committee, which considers council governance issues – told InDaily councillors have had to attend mandatory conflict of interest briefings this year and that “I don’t think it’s really excusable” for any councillor to misunderstand the rules.

He said: “I didn’t quite understand on the night why councillor Wilkinson would write a motion and pass it on to another councillor to move on his behalf – but then to vote on the issue and remain in the room?”

“It would have been studious for him on the night to bring it up and to note it,” Abiad said, adding that he would inquire with council CEO Mark Goldstone about the issue.

“I would definitely inquire about it, yes.”

A council spokesperson told InDaily councillors had been provided with two briefings on conflict of interest this year, but that there was no record of which councillors attended the briefings.

The spokesperson said heritage property owners applying for the subsidy were required to provide proof to the council that work had been carried out and payments had been made to relevant parties.

However, the spokesperson said, it would require manually examining years worth of individual receipts to discover whether Alexander Wilkinson Design had been one of the providers whose services have been subsidised under the Heritage Incentives Scheme.

North ward councillor Phil Martin told InDaily his “personal view” was that “conflict of interest is a big problem in council, full stop”.

However: “I am not referring to Sandy in making that statement.”

The council spokesperson said: “If council believes a council member has potentially participated in something that could be considered a conflict of interest, council will look into the matter and any appropriate response required.”

“Council members are required to comply with Division 3 of the Local Government Act 1999 with respect to conflict of interest,” the spokesperson said.

“… Council members have received training on this matter from Council’s legal provider and council members are also entitled, under the council’s standing orders, to access legal support to assist them in understanding and managing any conflict they may believe they will face.”

The spokesperson added it was not the responsibility of council CEO Mark Goldstone to determine whether conflicts of interest exist.

Under the Act, a councillor is not considered to have a material conflict of interest if the relevant benefit or loss would be enjoyed or suffered in common with a substantial proportion of ratepayers, electors or residents of the council area, or if the member does not know, and could not reasonably be expected to know, of the interest.

The spokesperson said additional training was planned for elected members “that specifically focusses on these new provisions” that passed State Parliament in March.

The Heritage Incentives Scheme is the most substantial local government heritage grant scheme in Australia. It has provided more than $15 million in grants to property owners since its inception in 1998.

Lord Mayor Martin Haese was sick and absent from the 15 November meeting, and has declined to comment.

Deputy Lord Mayor Megan Hender, who chaired the meeting in Haese’s place, also declined to comment, as did a spokesperson from the Local Government Association.