At the start of the twentieth century Albert Ohlmeyer, a jeweller living in Tanunda, was a keen motoring enthusiast and the proud owner of a Minerva motorcycle.

The car was a relatively recent invention and few of them had made their way to Australian roads by then. Almost all were imported from Europe or the United States and, unable to afford them, Albert chose to hand build a car in his own back yard. It was called the ‘Jigger’: it had two speeds (high and low) and no springing system, leaving the tyres to absorb any road shock. Despite this, the Jigger reputedly gave a comfortable ride up to speeds of 20 mph.

The small number of early motorists faced difficult conditions in Australia. In 1904 bitumen roads were not in use and most country roads were simply beaten dirt paths or macadam roads designed for the horse and cart. These were often dusty and dry or wet and boggy, so Albert created an unusual articulated steering wheel column to help the driver hop out of the seat and steer from the side of the car when it was bogged. 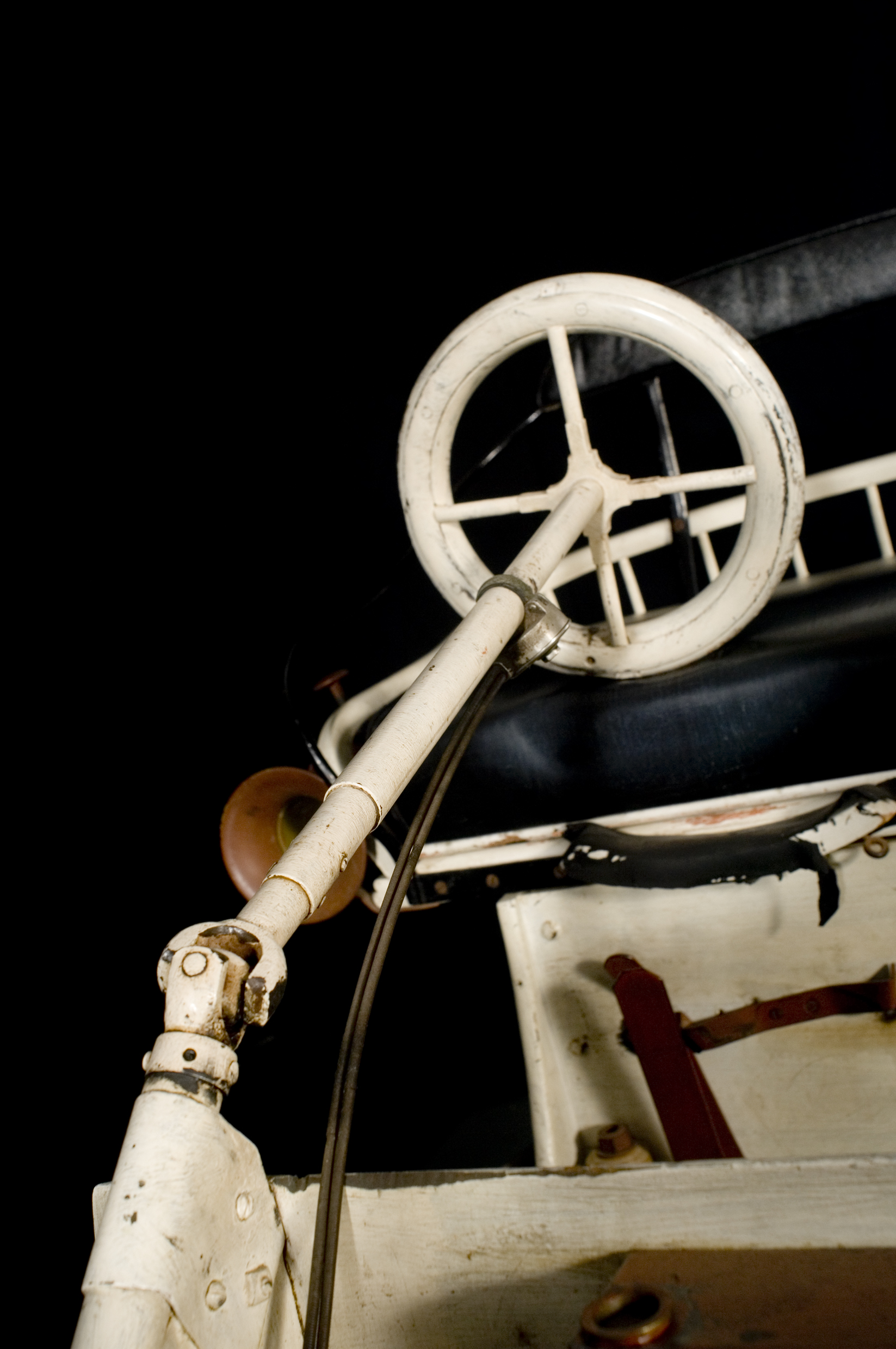 In the Jigger’s first years the tyres, ignition and a slipping belt often caused the driver to stop for roadside repairs within a 10-mile run. A stop was also necessary every eight or nine miles to fill the oil cups for the countershaft bearings. Petrol was not easy to obtain either: a three gallon petrol can would be sent by coach to Gawler, then on to Tanunda by rail.

When Albert bought a Model T Ford in 1916, his two sons Julian and Ernst began to use the Jigger.

After a working life of around 20 years, the Jigger was abandoned and eventually restored by the Ohlmeyer family in the 1960s. It has been on display at the National Motor Museum since 1986. 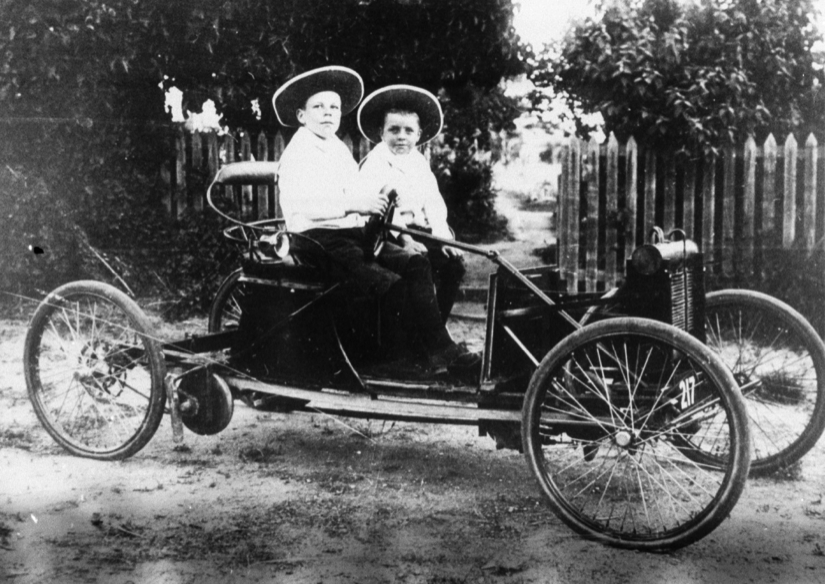 Brothers Julian and Ernst Ohlmeyer sit in the Jigger built by their father Albert, 1906. Photos supplied by History Trust. 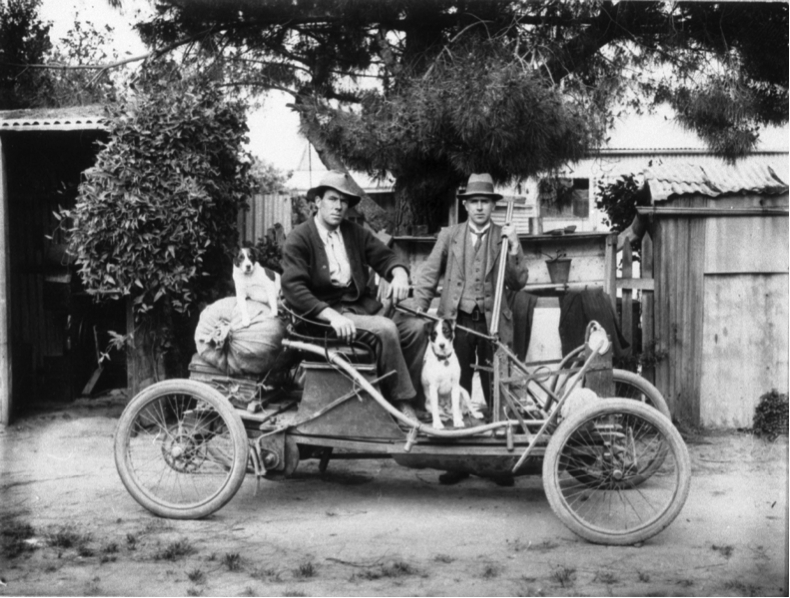 Julian and Ernst Ohlmeyer were photographed again in the Jigger around 20 years later. 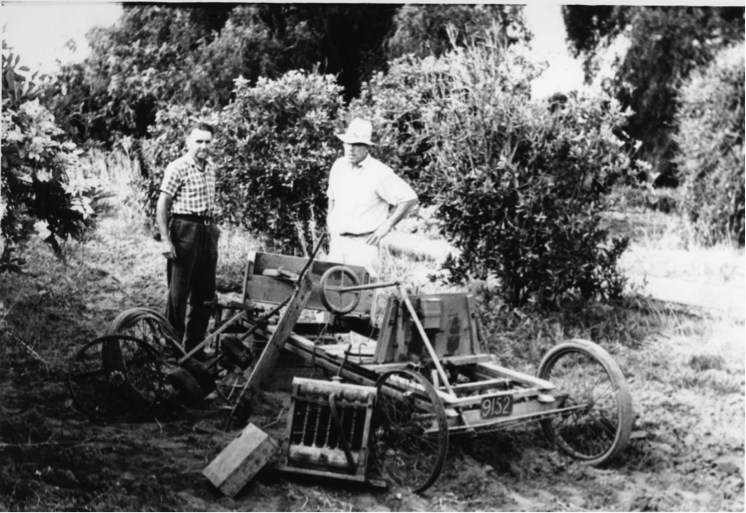 Standing by an unrestored Jigger, c.1960.

Michelangelo Bolognese is senior curator at the National Motor Museum.

‘Time and place’ is a new series about significant places and objects in South Australia, brought to you by a partnership of InDaily and the History Trust of South Australia.