The Athlete was given to the City of Adelaide in 1901 by WA Horn, a rich mining magnate and grazier. The bronze is a copy of a statue found in the ruins of Herculaneum, in Italy, in 1754.

It first stood in Brougham Place Gardens and almost immediately was draped in underwear by ‘dirty-minded people’. In 1905 he was knocked off his pedestal and needed repairing. He was damaged again in 1925 and much trouble was taken to attach him more firmly to his base. To no avail.

Three years later he was wrenched off and thrown in the Torrens River. He was retrieved and taken to the City Watchhouse. Police suspected visiting university students.

Two years later he disappeared again and was found in Jeffcott Street. In 1938 he was knocked off his pedestal and found on the steps of St Peter’s Cathedral, poised to enter. He was dubbed ‘Adelaide’s most active statue’. 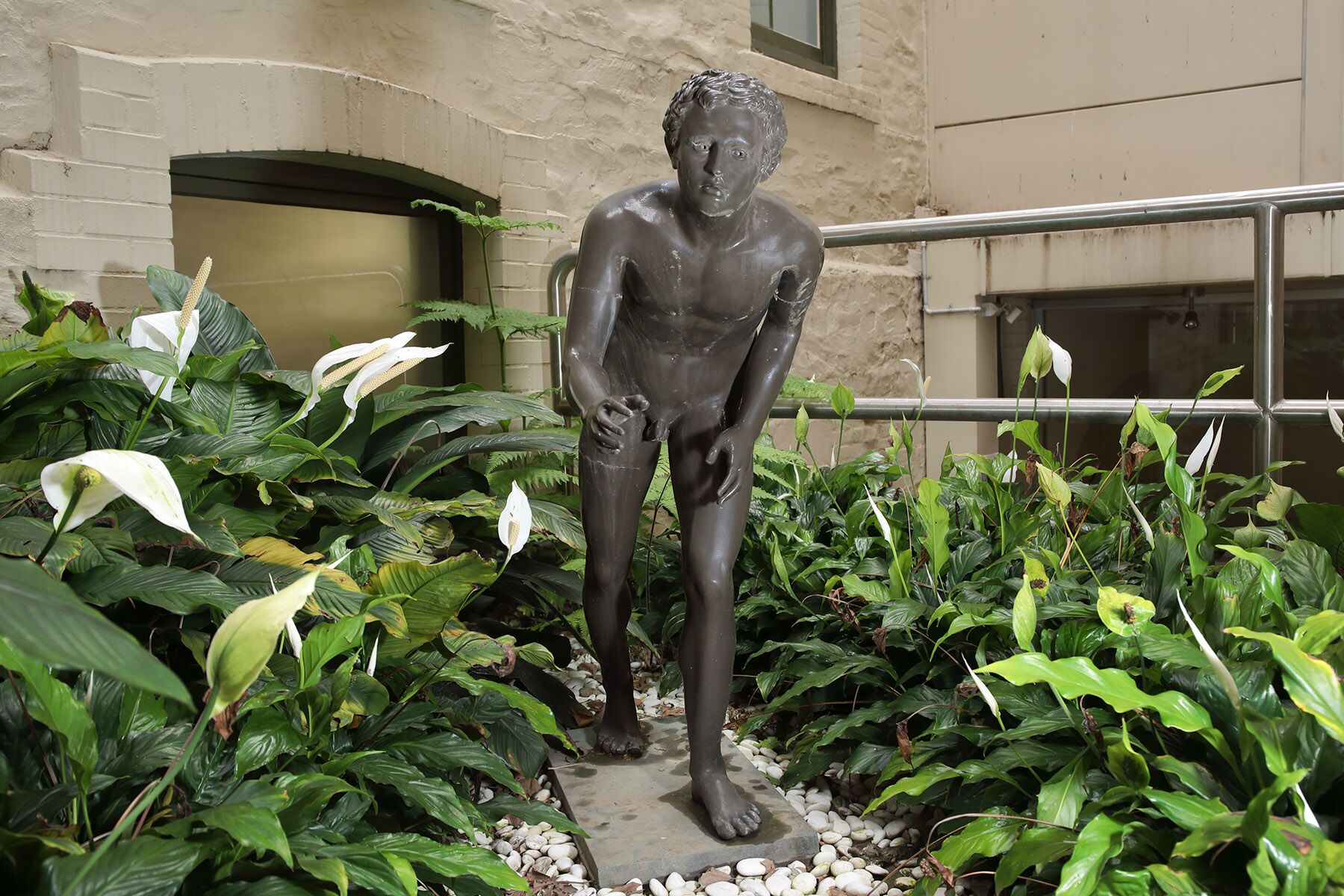 The Athlete in its current home at the Town Hall. Photo: Tony Lewis/InDaily

The council did not return him to Brougham Place. They tried putting him on a column at the northern end of the new Olympic Pool but decided not to keep him there. A suggestion that he stand in the foyer of the Art Gallery prompted an outraged response from a reader of The Advertiser: “It is a disgrace that such a statue should ever be in Adelaide. Who ever heard of an athlete running in his birthday suit?”

In 1965 he found a new home in Angas Gardens near the University Oval. Vandalised again he went back into storage.

In the 1990s he reappeared, safe from prudes and vandals, in the Lord Mayor’s Courtyard in the Town Hall.

Time and place’ is a new series about significant places and objects in South Australia, brought to you by a partnership of InDaily and the History Trust of South Australia.