Entrepreneur Shane Yeend posted on social media that works from his personal collection had been taken from his Adelaide home, which was “cleaned out”, on the weekend.

Yeend, the CEO of Imagination Entertainment, is a co-founder of the Australian Cannabis Corporation, which InDaily revealed this month had been given approval to apply for a federal licence to cultivate medical marijuana in South Australia, with a view to creating “a global research hub”.

Yeend did not return calls today, but posted a Facebook update asking for people to keep a eye on the second-hand art market, after the theft of some “very valuable aboriginal paintings” and “my collection of Myu Sukumaran paintings [including] this one in particular that he did for [my son]”. 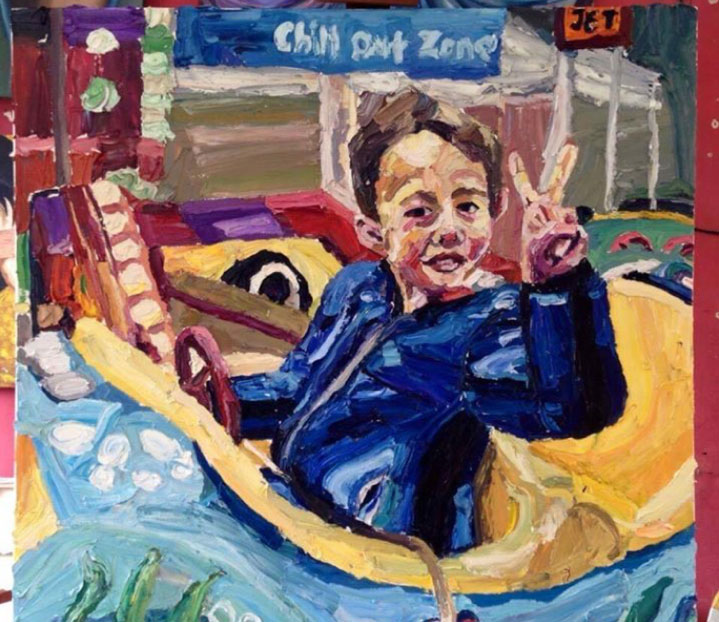 “If anybody on the second-hand market comes across this please let me know,” Yeend wrote, adding that most of the works were “priceless [to me but] worthless to anyone else”.

A self-portrait by Sukumaran, posted to his Facebook site. This is not one of the stolen artworks.

Yeend has previously spoken publicly about how he befriended Sukumaran – visiting him in Kerobokan prison after trying to buy one of his paintings at auction – before his execution with fellow convicted drug smuggler Andrew Chan in April last year.

Sukumaran, who Yeend told ABC891 last year was a “model poster child for reform”, famously turned his hand to painting in prison, studying a fine art degree and holding a number of exhibitions. 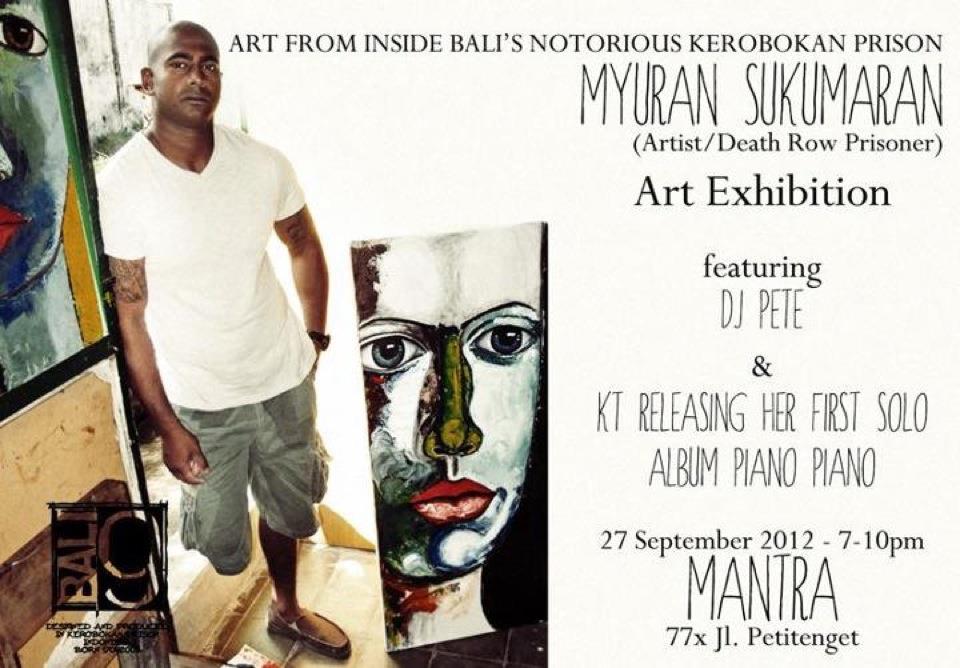 A flyer for one of Sukumaran’s exhibitions. Photo: Facebook

“It’s kind of funny, I never did drugs, I didn’t know anyone who did drugs, I had never been in a jail, but we just struck up a bit of a relationship,” Yeend told Fairfax in February 2015.

Yeend pledged the establishment of a foundation in Sukumaran’s honour.

Sukumaran’s last painting is seen at the port opposite Nusakambagan Island Prison near Cilacap, Java, where Chan, 31, and Sukumaran, 34, were executed by firing squad. Photo: Mick Tsikas / AAP

SA Police told InDaily in a statement: “We can confirm a matter has been reported to police and is being investigated [but] at this time we are not in a position to release further details.”