The spark for today’s bitter exchange was the Property Council’s release of economic modelling suggesting a reduction of the number of South Australian councils from 68 to 32 could save more than $500 million and, potentially, reduce councils’ reliance on rates.

The study, from consulting firm ACIL Allen, quantifies significant costs of amalgamations that would be well outweighed by savings to councils and the communities.

It sparked a furious response from LGA CEO Matt Pinnegar who accused the Property Council of being “the most irrelevant council in SA”.

He said the Property Council was on an ideological crusade and had no intention of playing a constructive role in debate.

In return, Property Council executive director Daniel Gannon accused the LGA of casting a false shadow over an important sector of the economy.

Pinnegar said:“If they had bothered to look interstate where amalgamations have been forced on communities, they’d know they typically fail to deliver promised cost savings to ratepayers, and, in some cases, have led to costly de-amalgamation processes which pass costs on to the ratepayers and Property Council members.”

“Their position shows how out of touch they are – both sides of politics in our state oppose forced council amalgamations, and communities around the country don’t support them either.” 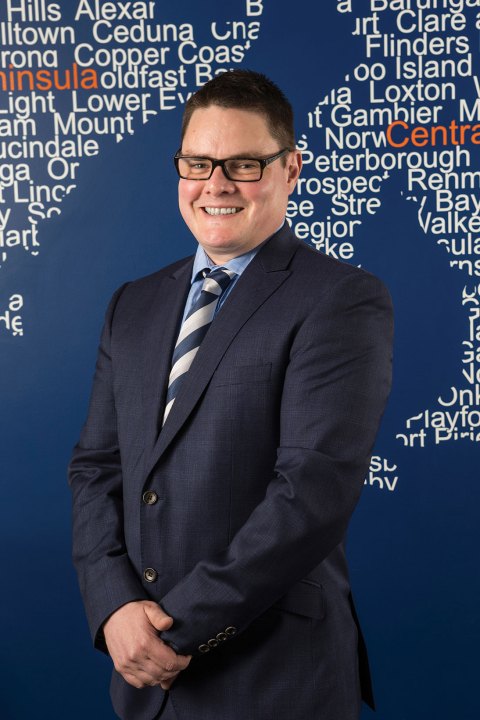 “This is the sort of thing you can expect from the Property Council who are, deep down, just representatives of corporate greed,” Trainer said in a statement released by the LGA.

“The developers they represent are interested in profits, not communities, and they obviously want to weaken the capacity of communities to resist their intrusions.

“Listening to property developers tell us how we should organise our communities is like a farmer taking advice from the fox as to how he should design his henhouse.”

“The LGA should seriously take stock and reconsider the dark shadow it has cast over the property sector,” he said.

“This includes mum and dad investors, young tradespeople buying and selling real estate to make a living, and landlords who have invested in property as part of their superannuation.

“Property represents the physical foundation of where we live, where we do business through shops, offices, industrial precincts, hotels, and public buildings, as well as places for our creative and recreational pursuits, which add so much to our quality of life.

“In every meaningful way, property is where life happens, yet the LGA has decided to besmirch the 168,000 people working in this great sector.”

Gannon said the Property Council had a legitimate interest in the costs and performance of councils, with local government issues ranking first in his members’ list of concerns.

“There are ratepayers and business owners (in the membership), and council rates hit both of those categories,” he told InDaily.

Pinnegar is rolling out a methodical political strategy on the amalgamations issue, with a touch of ‘divide and conquer’.

In a statement today, he said the LGA had started working with another property industry group – the Urban Development Institute of Australia – to improve cooperation between the sectors, because the Property Council had “no interest in playing a constructive role”.

Under Pinnegar, who has been in the role for just over a year, the LGA has sought to head off any move to force amalgamations, by suggesting its own process for simplified changes to council boundaries.

As InDaily reported yesterday, the LGA is mostly happy with a draft Bill on the issue put out for consultation by Local Government Minister Geoff Brock.

The personalities in the stoush all have political backgrounds: Pinnegar and UDIA executive director Pat Gerace both worked as advisers to Patrick Conlon when he was a Labor Government minister; Gannon was a media adviser to state Liberal leader Steven Marshall; John Trainer is a former Labor MP and speaker in the House of Assembly.

The Australian Services Union argues that the last round of council amalgamations – under the Liberals in the 1990s – had failed to deliver savings to ratepayers and resulted in reduced services.

“Just as with the Property Council’s support for failed rate capping policy, this is a short-term populist agenda which will inevitably harm all rate-payers – starting with the most vulnerable,” he said.