Cy Walsh was sick. He heard voices he believed were demons from another dimension.

He suffered psychotic episodes and was in and out of hospital.

But there was another side to the 27-year-old that is more relatable, more like other men his age.

He liked to travel, he went to university and his family loved him. He was a little left of centre but not in a bad way.

Adelaide midfielder Rory Sloane saw this side during a weekend on South Australia’s Yorke Peninsula in 2015.

The popular footballer saw his coach trying to reconnect with his son that weekend and trying to get him into surfing.

“On the Saturday morning, I paddled out at Pondalowie and met up with Phil and Cy,” he told police in an interview.

“I clearly remember Cy catching his first real wave and it was such a great moment.

“Phil and Cy were getting on so well and it was such a special day.”

That night they all met up for dinner at the pub. Sloane said Cy was talking about his passion for Japanese culture, a passion he shared with Phil.

“I got the impression that Cy was a bit different just by some of the things he was talking about, but not a bad different,” he said.

“Cy and I had a discussion about religion.

“When Cy spoke, Phil was really engaging with him and taking everything he said in.”

This was less than a month before the younger Walsh killed his father and shook the AFL world and the wider Australian community. 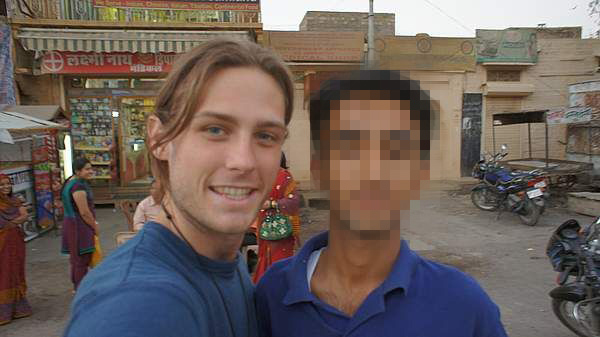 Cy Walsh was found not guilty by reason of mental incompetence. Photo: couchsurfing.com

On Wednesday, Walsh was found not guilty of murder by reason of mental incompetence.

“I find he was suffering a psychotic episode as a result of schizophrenia, which at the time of the conduct was undiagnosed and untreated,” Justice Anne Bampton told the SA Supreme Court.

He believed he saw a “dark parasite” inside his father and that there was a demonic force acting on him.

He sent his father a disturbing text message before the stabbing.

“It is your duty to pump up your troops,” it said.

“If Phil Walsh should fall … the Crows will experience many years of darkness.”

Walsh will spend the equivalent of a life sentence in a psychiatric institute.