‘Croissants’ – or ‘Frenchy’, as the horse was affectionately known – was injured late last month at the Port Augusta races, one of its owners Bryan Littlely tells InDaily.

“It had hurt its front right leg and been pulled out of the race,” he recalls.

“Immediate thoughts [were] that the horse would be put down there on the track.”

After further assessment, says Littlely, the horse was allowed to leave the racecourse to be taken to stables at Quorn, where it would be treated and reassessed in the morning.

But he says stewards from the race course made a call to the trainer taking the horse to the stables, instructing him to turn around and come back.

Littlely says he and his wife Crissina were told Croissants was being returned to the course to put a splint on its leg – but once the horse had been brought back to the course, they were informed it would be killed.

“We were given permission to take the horse off the course,” he says.

“At no stage did they tell us that the horse was being taken back to be destroyed.

“We were told it was to put a splint on the horse, to treat the horse.

“Had I known the horse was coming to be destroyed I would have … stopped that vehicle.” 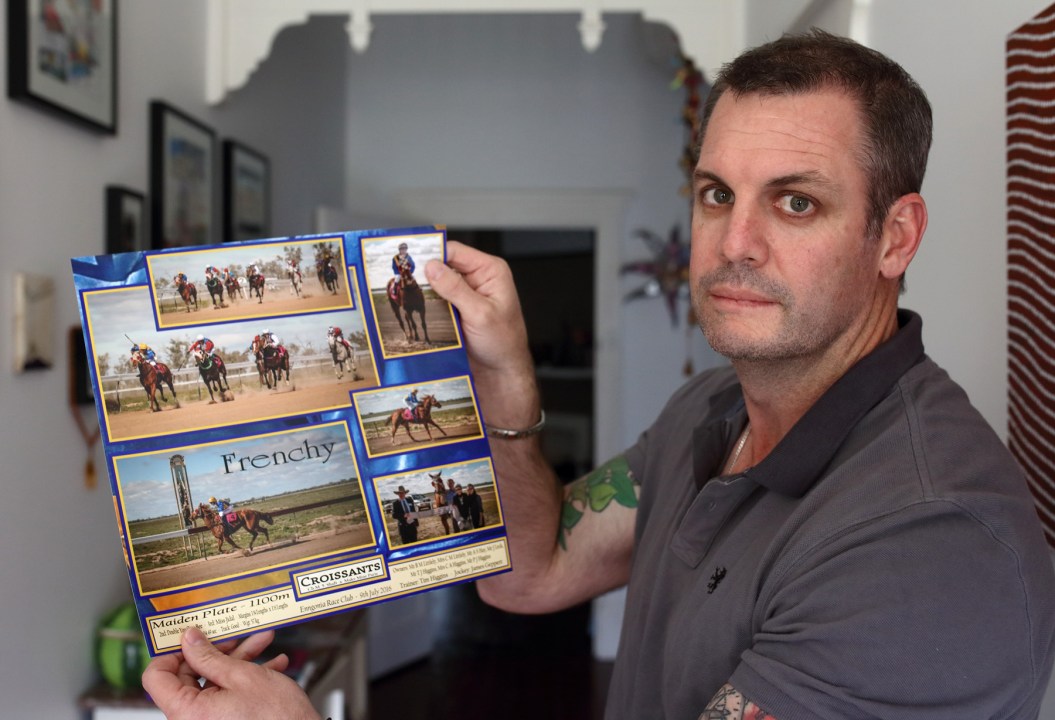 Racehorse owner Bryan Littlely with photos of his horse “Frenchy” which was recently destroyed at a race meeting. Photo: Tony Lewis / InDaily

Littlely says his intention was – if at all possible, and on the condition the horse was not suffering – to have Croissants treated for its “minor injury” and let it live out the rest of its natural life on the family farm.

But once the horse was returned, he says, racing stewards had authority to prevent it leaving.

He says he and Crissina felt they had no choice but to consent to the euthanasia of the horse, but that it did not seem to be in great pain at the time.

“Once it’s on course, they have authority,” he says.

“You don’t have a say anymore.”

Littlely says he, Crissina and their young daughter were devastated by the turn of events.

“We’re pretty much shattered and gutted and emotional,” he says.

“We wanted to spare our horse and we wanted it to have a good life.

“We invested a hell of a lot of love and care and money in that animal.

“We were very close to that horse – it meant a lot to us.” 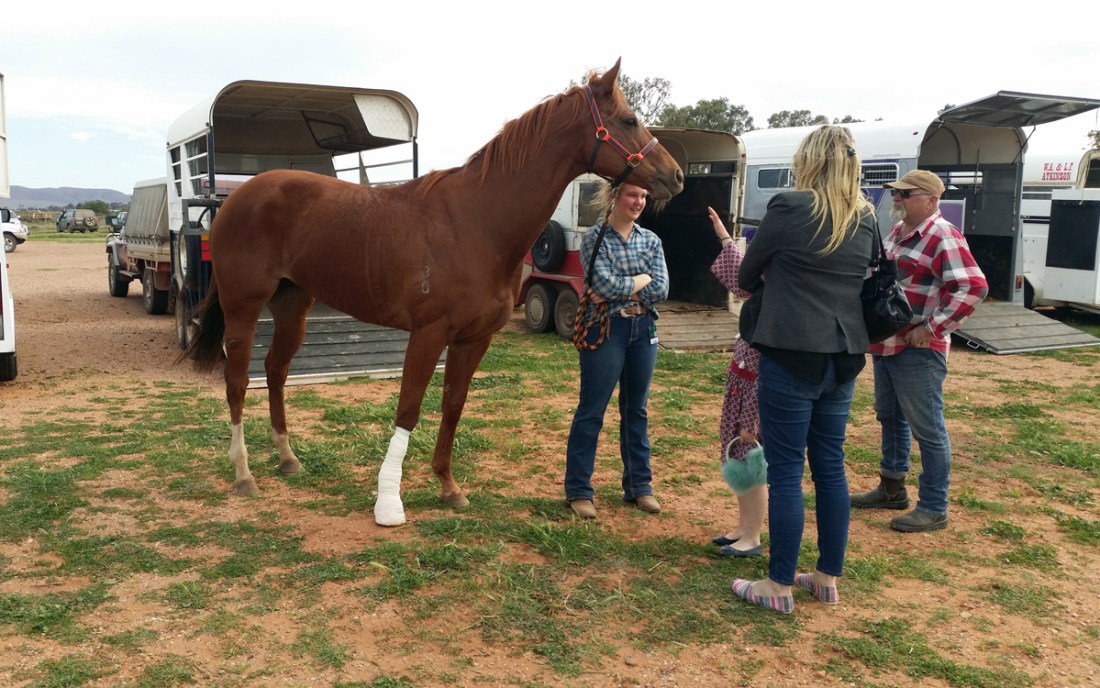 A photograph of Croissants with a bandaged leg, with handler Hayley Jones, Crissina and Mahli Littlely and an unknown observer. Photo: supplied.

Littlely took the extraordinary step of having the horse exhumed, and a post-mortem performed at the University of Adelaide’s Roseworthy Veterinary Diagnostic Laboratory.

The examination found the horse had suffered an acute partial rupture of the right front digital flexor tendon, and that there was “evidence of mild previous tendon injury”.

Bill Harbison, a semi-retired equine veterinarian who says he oversaw the post-mortem, told InDaily that, in his view, “the horse didn’t need to be put down on any grounds”.

“It’s worse than strange – it’s quite a bizarre case.”

Littlely filed a complaint with Thoroughbred Racing SA chief executive Jim Watters, claiming: “We made a decision to treat our horse with the view to it having a chance to recover and be retired to our property.” 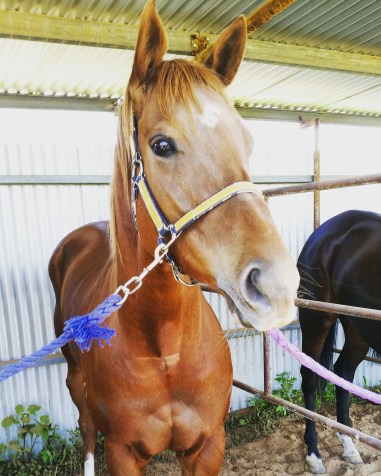 “This decision was based on the vet’s advice at the time that it was an acceptable option.”

“That decision was overruled by the stewards during the course of us taking the first steps involved in taking that option – a decision I reiterated I was informed was our right to make – in a timely manner so to give the horse the best chance of a successful recovery.”

However, the racing organisation responded that “the decision of the veterinary surgeon, after considering Croissants’ condition following her injury, to euthanise Croissants does not amount to a disregard for the decisions of the owners of the mare”.

“Australian Rule of Racing – ARR.201 deals with the ‘Destruction of a Horse’ and under the provisions of that rule the decision regarding whether a horse should be euthanised is a matter for the Stewards or a qualified veterinary surgeon to determine based on their opinion, if in forming that opinion they consider it is advisable to do so to avoid unnecessary suffering.

“The evidence from the investigation undertaken is that you and the trainer of Croissants, Mr Trevor Montgomerie, did make submissions to the veterinary surgeon at various stages during the process, suggesting that the horse not be euthanised but rather retired from racing and homed after recovery.

“Ultimately it was the opinion of the veterinary surgeon that it would be in the best interests of Croissants if it was euthanised … [and] both you and Mr Montgomerie accepted in the final instance that euthanasia was the most appropriate course of action.”

According to the letter “it is not disputed that Mr Montgomerie was given permission by the Stewards to remove Croissants from the course”.

“However, this permission was granted by the Race Meeting Chairman of Stewards before he had been made aware of the Veterinary surgeon’s intention to re-examine Croissants after Race 4.

“This was due to an unfortunate miscommunication between the parties.

“Notwithstanding this, it was incumbent on the Stewards at the meeting to take the course of action they did when they became aware of the position.

“Having regard for the fact Croissants had already been treated with painkillers by the veterinary surgeon prior to being transported from the race course by Mr Montgomerie, any possible impact on the horse’s welfare would have been minimised.

“However we do understand that there would have been a level of discomfort for the horse to have been transported for any period of time for which we regret and apologise.” 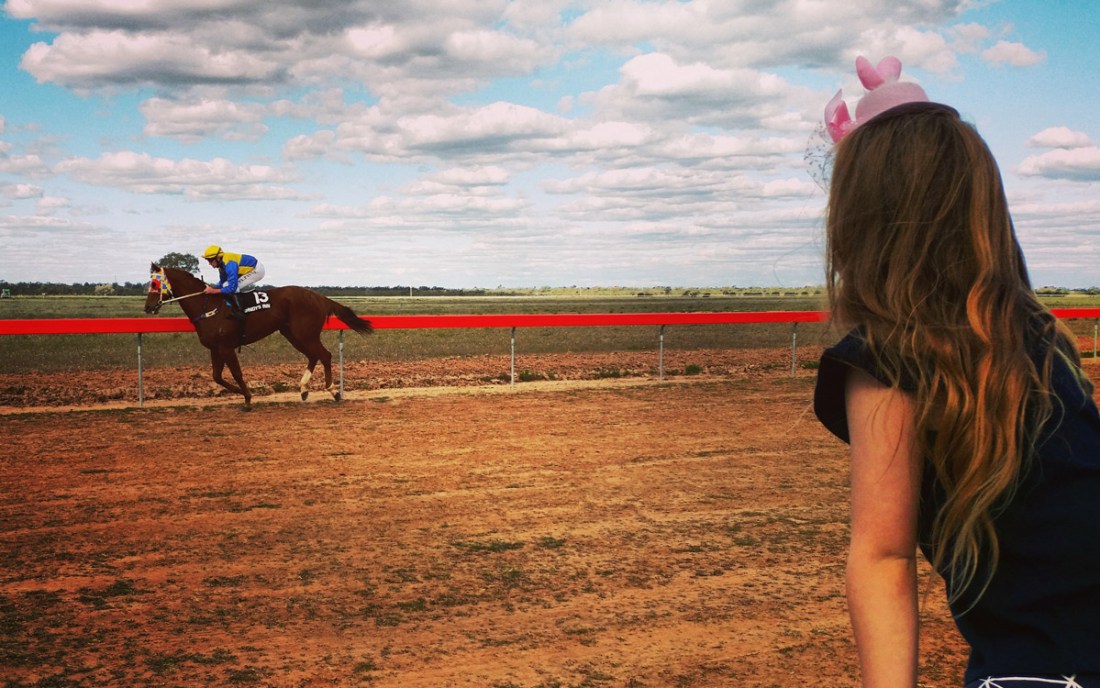 “The Stewards had no reason to doubt her prognosis and subsequent decision to euthanise, and are not calling into question the bona fides of her decision.”

The letter apologises for the distress caused to Littlely’s family.

“We are naturally sorry for the distress that the loss of Croissants has meant to you and your family, and no owner wants to see their horse euthanised due to injury, most especially on race day.”

But Littlely says he is unhappy with Thoroughbred Racing SA’s response to his complaint and has informed the organisation through his legal counsel that he intends to seek compensation for the destruction of the horse.

Littlely says he has also lodged a complaint with the Veterinary Board of South Australia.

Thoroughbred Racing SA told InDaily in a statement this morning that: “Animal welfare is extremely important to the Australian racing industry, and the Australian Rules of Racing, under AR201, makes provision for a qualified veterinary surgeon to exercise a professional decision concerning the welfare of horses on raceday.”

“Of those involved in assessing Croissants’ condition following the race on August 28, the veterinary surgeon present was the sole qualified professional to undertake a clinical assessment under the Australian Rules of Racing, and made a determination to euthanase Croissants in the best interests of the animal’s welfare.

“Upon receiving a complaint from a part-owner of the horse, TRSA conducted an investigation into the matter and provided a response on such to the part-owner.

“TRSA had been scheduled to meet with a number of part-owners of the horse at their request this week to further discuss this matter, however upon being notified the day of the meeting that the owners had commenced legal action, that meeting could not progress.”