InDaily can reveal that a survey of staff published last week showed around four out of five respondents believed their workplace “emphasises excellence and continuous improvement” and were “proud to say they work for DECD”.

The agency’s second biennial “Organisational Climate Survey” showed a marked improvement from the previous instalment, both in terms of feedback and participation, which went from 10 per cent of staff in 2014 to 25 per cent this year, or around 7700 employees from schools, pre-schools, child protection and the department’s corporate office.

Two-thirds of them agreed they would “recommend DECD to others as a great place to work”.

In a statement made before he was yesterday shunted to the Department of Communities and Social Inclusion, outgoing chief executive Tony Harrison said the survey “paints a positive picture”, showing “some very encouraging results as well as some important insights into the things the organisation needs to continue working on”.

“It is very pleasing that the overwhelming majority of employees are motivated to do the best job they can and have a clear sense of purpose,” he said.

“It is also really pleasing to see that some of the key policies that we have implemented over the past couple of years around work-place health, safety and wellbeing are resulting in a more positive perception of the working environment.”

Harrison said the “positive trend” demonstrated that the department was “capable of delivering meaningful improvements”.

“We will be working hard to improve the way we do things and make sure that the organisation is supporting employees to deliver a good service to the children and young people we educate, care for and protect,” he said. 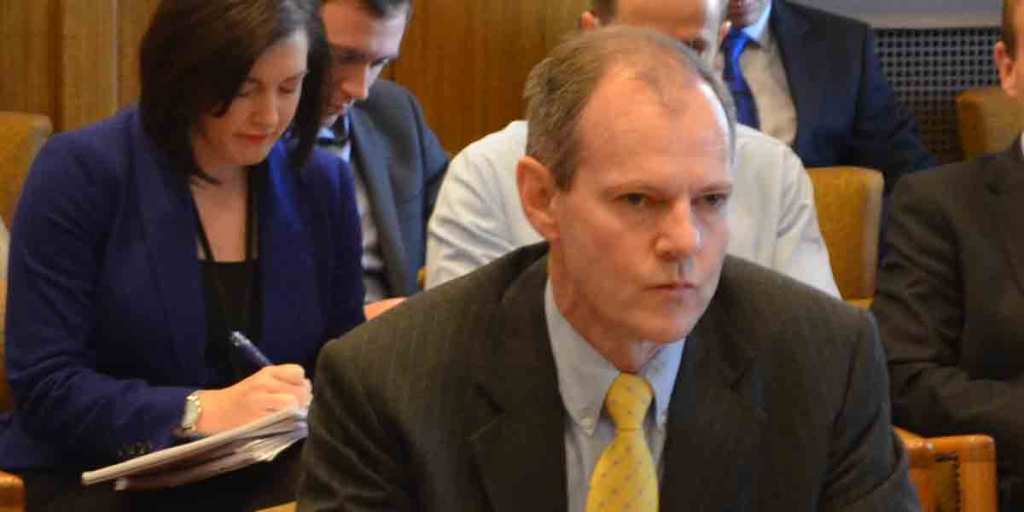 More than 62 per cent of respondents believed the agency “engages genuinely with customers and stakeholders for better outcomes” – a result 11.4 per cent higher than the public-sector average.

However, only 41.4 per cent agreed the department “always considers employee, customer, client, and public needs during any planning or change process”, compared to a sector-wide average of 51.8 per cent.

A statement from the department said that “despite substantial internal change as a result of a major review of organisational structure the proportion of staff who believe the department manages change well grew from 21.7 per cent in 2014 to 32.3 per cent… higher than the public sector average of 31.9 per cent”.

Nonetheless, the most substantial change is now ahead of it, with Families SA to be removed from the super-department and replaced by a new Department of Child Protection, with a newly-appointed CEO.

Harrison noted he had overseen the creation of “child wellbeing practitioner positions to drive early intervention on child protection matters” and “significant action in response to the operational recommendations contained in the Chloe Valentine Coronial Inquest findings”.

Harrison is yet to speak publicly but yesterday told staff in an email that he had sought “to create a culture of continuous improvement and growth”.

“This has involved implementing structures, systems and new processes to support leadership and teaching within schools and preschools,” he said.

“I have also sought to enhance child protection for our community’s most vulnerable children and to create a responsive Corporate Office to support the work of educators and child protection practitioners.”

Weatherill today talked up Harrison’s performance, telling FIVEaa that “the agency is in good shape”.

“I think he’s left it in much better shape than he’s found it, and now we’ve got new leadership and I think there’s some exciting new announcements we’re going to be making in education,” he said.

“If you look at the performance of the agency, especially recently under Tony Harrison, I don’t think anybody is talking about the Debelle Inquiry any more – he’s effectively implemented that and the agency is kicking goals in terms of improvements in terms of basic skills for children.

“But it frankly hasn’t worked and we do need a fresh start and we now have a good blueprint for a new agency.”

The political heat for the significant backdown falls squarely on Weatherill, who had taken personal responsibility for merging child protection with education, and had enthusiastically championed its effectiveness.

This is a fundamental role of Government and as a Government we’ve failed little children, there is no doubt about that

He said today he didn’t “resile from that basic sentiment”, arguing “the whole purpose of the reforms I was trying to put in place [was] to make sure that we separate out our statutory system that can actually find the children that are at real risk of harm from basically this incredible number of children – something like 20,000 child protection notifications just this year [reported] through our Child Abuse Report Line”. 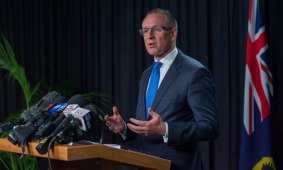 “There is no system on the face of the planet that can deal with that through a statutory response of investigation and removal,” he said.

He said Margaret Nyland, the Royal Commissioner whose interim recommendation prompted the backdown, agreed “there are a very large number of people that support this model [but] it’s just that it hasn’t worked”.

“I am sorry; I am sorry that this happened,” he said.

“I accept that this has not worked and we did get it wrong, and that’s why we’re… going to have basically a child protection system that’s able to protect every single child.

“This is a fundamental role of government and as a government we’ve failed little children, there is no doubt about that.”