Glen Dallimore, a shipbuilder and Australian Manufacturing Workers Union delegate, has the ALP nomination sewn up to take on ousted Liberal frontbencher Jamie Briggs in the electorate, which takes in the Adelaide Hills and Fleurieu Peninsula.

But he and the union have been locked in a standoff with ASC for months over whether he can return to work at the government-owned shipyard after polling day if he is unsuccessful in his tilt – with Premier Jay Weatherill suggesting Dallimore is the victim of a “political” stoush.

“The Federal Government wanted to deter Glen from exercising his democratic right to stand for parliament,” Weatherill told InDaily.

However, Liberal incumbent Briggs says he has no problem with Dallimore’s candidacy, saying it is “absurd” he should be prevented from standing.

Dallimore confirmed that “essentially I can’t get the time off work… my work won’t give me four weeks [unpaid] leave to participate in the federal election”. 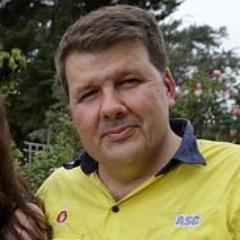 “Because I work for a GBE [Government Business Enterprise], there’s no precedent for this one to say whether I’m actually allowed to still be working for them while I run for the seat,” he said.

Government employees are obliged to quit their jobs to run for office, but are generally eligible to return to work afterwards.

The Australian Public Service Commission guidelines hold that “generally an APS employee cannot be elected to a House of Parliament or Legislative Assembly and so a candidate for such an election must resign from the APS”.

However, “the Public Service Act and Regulations do provide that if such a person is unsuccessful in that election (and they meet the other tests prescribed in the legislation) they may be re-engaged in the APS”.

However, Dallimore says ASC – which has been at the centre of intense speculation over the future of lucrative contracts including the Offshore Patrol Vessels, Future Frigates and next-generation submarines – is “playing cautious”.

“We’re getting treated like Government employees, but without the perks… they won’t allow me to have the time off [to contest Mayo]”, he said.

“From what I’ve been told the Labor Party’s keen, the Mayo FEC [Federal Election Committee] has accepted my nomination and everyone’s ready to rock and roll – as far as I know, I’m the nomination… it’s just [a matter of] getting some surety about the legalities of this thing.”

The union will take the matter to the Fair Work Commission for arbitration in a last ditch effort to resolve the impasse, with all parties already in campaign mode ahead of a double dissolution election already slated for July 2.

“We’ll sit down in there and produce our arguments… I guess we’re hoping we can put our argument forward, and people can see sense and say ‘give me a go’.”

The ALP’s SA head office would not comment on a prospective candidate, but Weatherill confirmed the standoff, telling InDaily “it’s no surprise that Glen, as an ASC worker, has offered himself as a candidate in the upcoming federal election”.

“Glen’s candidature highlights the single most important policy issue facing SA – the transformation of our state’s economy to a high tech manufacturing economy and the important role of the defence sector in this [and] he and many other workers were angered when [former Defence Minister] Senator Johnston said ASC couldn’t be trusted to build a canoe.”

Weatherill said government employees “are at a special disadvantage under the Australian Constitution which provides that they must resign to be a candidate in a federal election”.

“The Federal Government recognises this and guarantees a right of return for public servants who are unsuccessful federal candidates,” he said.

“There seems to be no obvious explanation as to why a Commonwealth employee, who happens to be working for a statutory authority rather than the public service proper, should not also be afforded this right of return if they unsuccessful at the election.

“The only explanation can be a political explanation… it seems the Federal Government wanted to deter Glen from exercising his democratic right to stand for parliament.”

This week, Prime Minister Malcolm Turnbull confirmed the construction on the OPVs would begin in Adelaide in 2018 ahead of the frigates program in 2020, however he did not explicitly refer to ASC. There have been reports the shipbuilder could be separated into two divisions – shipbuilding and submarine construction – and sold off, with WA-based shipbuilder Austal this week reconfirming its interest in buying in. An announcement on the Future Submarines is expected next week.

In a statement, ASC told InDaily it had “received an application from Mr Dallimore for extended leave without pay to run as a political candidate in the 2016 Federal Election”.

“As the matter is currently subject to an application in the Fair Work Commission it is not appropriate to comment on the specifics of the case at this time,” it said.

“In general however, ASC assesses applications for extended unpaid leave, taking into account its policies and operational requirements. As ASC is currently reducing its workforce on the Air Warfare Destroyer project the company is unable to guarantee the positions of any employees who might resign and wish to return.”

It said it did not prevent its employees running for political office, adding: “Individual employees make these decisions based on their own personal circumstances.”

AMWU state secretary John Camillo said he had spoken to ASC management asking them to grant Dallimore leave to avoid the need for his resignation.

“If he doesn’t win, he doesn’t have a job… and that’s extremely unfair,” Camillo said.

He said he believed the shipbuilder was “too scared” to get involved “in a political fight”.

“I think they’re scared of the Coalition,” he said.

“It’s very, very sad, I don’t want to see Glen – after many, many years of service, having to resign his job to contest a federal seat.”

Dallimore said colleagues had been supportive of his intention to stand.

“The people there are saying it’s a good thing I’m trying to do… they’re just playing it safe,” he said.

He said he only joined the ALP after the last federal election, but has since risen to vice-president in the Kavel state sub-branch. He said he was prompted to run by the impact on his colleagues of the political brinkmanship over defence contracts, and wanted to “let them know what a shipbuilder looks like”.

“I see the amount of time-wasting and dithering by politicians when people’s jobs are disappearing week after week, and I can’t stand by,” he said.

“I honestly think I can do a better job.”

Briggs holds Mayo, Liberal stalwart Alexander Downer’s former seat, by a comfortable 12.5 per cent margin, but is considered vulnerable to the vagaries of a three-way contest, with the Nick Xenophon Team running his former staffer Rebekha Sharkie​ against him.

She was outspoken in her criticism of him after he was forced to resign from the frontbench in December.

Briggs told InDaily he had no objection whatsoever to Dallimore’s candidacy.

“I think it’s outrageous that someone would be held back by their employer from being a candidate for an election,” he said.

“People have the right to run in elections whatever their employment is… I think it’s absurd. It’s a democracy.”