In the late 18th and early 19th centuries there lived a brilliant novelist, poet, dramatist, scientist, philosopher – and politician to
boot – in the German city of Weimar. In fact he was the Chief Minister of Saxe-Weimar for 10 years.

His name was Johann Wolfgang von Goethe, and because of his presence and work in Weimar it became a vibrant hub for European artists and aesthetes.

“Music is liquid architecture,” Goethe once wrote, “and architecture is petrified music.” This pronouncement has since been misquoted as “frozen music” and mis-attributed to an English academic.

After Goethe Weimar’s next claim to fame was as the seat of the moderate republican government that steered Germany through the difficult years between World War I and Hitler. If we accept Goethe’s appealing dictum on the major art-forms of music
and architecture, we must conclude that there’s at least as much Barry Manilow on our streetscapes as Tchaikovsky.

Public buildings are great opportunities to create a desirable identity for our cities; they are a stamp of character, confidence and humanity.

Adelaide can be proud to have the SAHMRI building on North Terrace and UniSA’s Jeffrey Smart building on Hindley Street as contemporary statements about who we are, how we think, and our civic aspirations. They represent a triumph of design over bureaucratic budgetary constraints and political guidance. Of course they’re functional, but the face they present is bold, imaginative and vibrant. Yes, vibrant!

Unless you’ve just returned from a long posting at a mine somewhere north of Ulaan Bataar you will have noted the political imperative for greater vibrancy in the lives of the citizens of Adelaide. Clearly this vibrancy won’t sprout just from a few bars in narrow laneways, nor from a croquet club in Victoria Square.

Great cities, from Paris to Barcelona to New York and Melbourne, demonstrate that vibrancy is partly inherent and partly engendered. Partly in the minds of the people who live there, and partly in the events, the arts and the built environment.

The northern Spanish city of Bilbao was transformed from a drab industrial and port city to a luminous tourist destination by the
creation of one building : the Guggenheim Museum. Not only an artistic triumph, but an economic driver, the museum single-handedly reduced the unemployment rate of Bilbao, led to major upgrades of essential tourism infrastructure such as the airport and the railway station, and the development of new hotels, galleries, restaurants and other businesses that transformed an area akin to the rail yards behind the old Adelaide Gaol into an attractive, accessible riverside precinct.

Senior Adelaide architects consulted in the preparation of this article agreed that an appreciation and greater understanding of the built environment needed to be incorporated into our education system. While there were divergent views on the quality of tertiary courses in architecture, there was broad agreement on the need for at least some exposure at primary and secondary levels.

“The environment is the fabric of what we live in,” said one. “Issues as basic as colour, ventilation and sustainability,” said another. 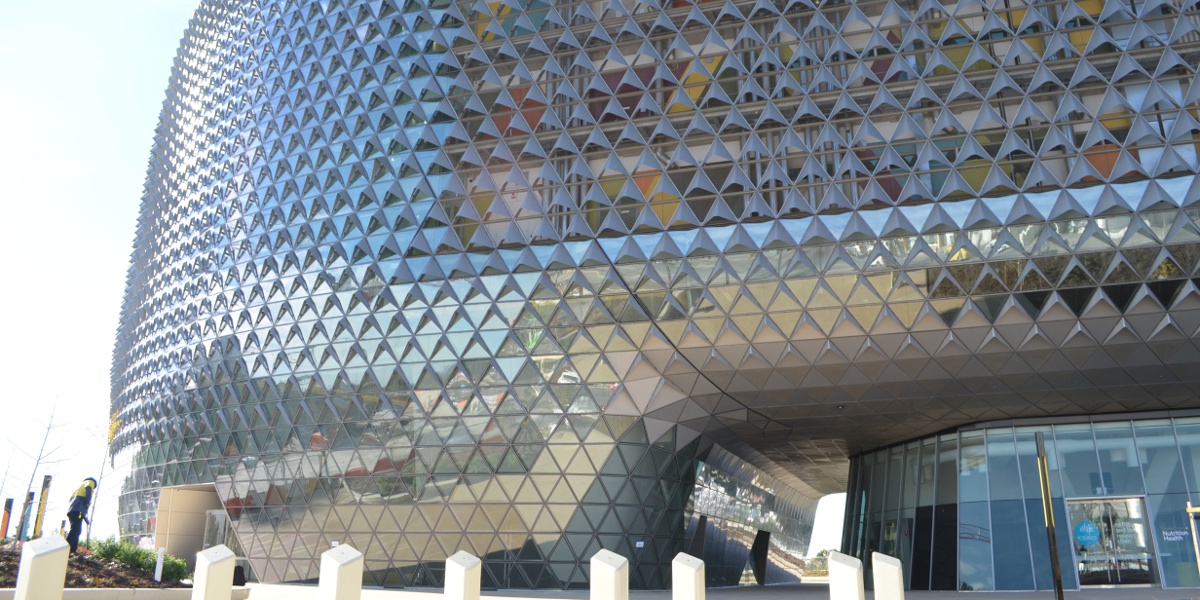 Some years ago the Architects’ Institute, through its South Australian chapter manager and national education manager, Nicolette Di Lernia, devised and promoted a program for schools entitled Your House. Unfortunately it was funded for just one year and now sits in a corner of a website so obscure not even Institute staff could direct me to it.

There are 15 tertiary courses in architecture in Australia, and each year several thousand optimistic students join them. Each year more than one thousand students graduate from those courses, and no more than several dozen of them start work in architecture firms.

“Ninety per cent of architecture firms in Adelaide have less than five people,” said one senior practitioner. “Big firms and little firms have different points of view on what they’re looking for (in graduates). But most graduates aren’t ready for work. They have an ethereal view of architecture.”

While tertiary institutions are federally funded, state and local governments contribute nothing to the education of the people who will have an enormous impact on the potential for vibrancy in our city.

What about greater recognition of the built environment? How about a new, state-sponsored chair in public building? There are currently professors of Architecture at both Adelaide University and UniSA, as heads of schools. But maybe there’s room for someone who not only works with – and inspires – students, but participates in city planning, evaluates public design and advises on contemporary design and integration into the delicate modern/heritage balance of our city.

The person in such a position could also chair a panel of judges for a new Adelaide Prize for Architecture. There’s already a major international prize, the Pritzker, administered in New York. And within Australia the Architects’ Institute runs two awards programs. The Achievements in Architecture awards will be announced at the end of this month and include the gold medal for contributions to the profession and society, as well as awards for outstanding academics and students. Locally, there’s an award from the President of the Institute’s SA chapter, for contribution to the profession and community. Perhaps there could be a little more encouragement of dangerous creativity. Not every new building can be an Opera House, but every new design can aspire to the standard of the SAHMRI building.

The prize could be a trip to Bilbao. The winner would have to stay for just a few days to realise the economic impact on a city of great building design.

Terry Plane is an Adelaide journalist.