Psephologist Malcolm Mackerras, who famously designed the Mackerras pendulum used to predict electoral outcomes in a two-party contest, told InDaily he came up with the principle of a fairness clause after the 1989 SA state election, when John Olsen’s Liberals failed to unseat a John Bannon-led Labor Government despite garnering 51.9 per cent of the two-party vote.

That result led to a parliamentary inquiry, which recommended legislating for mandatory boundary redistributions after each election, governed by a “fairness clause” inserted into the Constitution Act to attempt to engineer a result that will see the party with a popular majority form Government.

“It was pretty much my invention really,” Mackerras said.

“Frankly, it’s been a failure – simple as that.”

In three of the six state elections held since the clause was enshrined in law, the Liberals have won more than 50 per cent of the two-party vote – but failed to win government.

Mackerras, a visiting fellow at the Australian Catholic University in Canberra, now describes the contentious and uniquely South Australian electoral curio as a “silly clause… of which I’m not proud”.

“I must confess I hesitate to claim it among my achievements – because one doesn’t like to claim such an achievement that’s been such a failure,” he said. 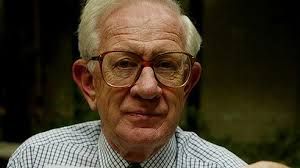 “I hoped it would produce a situation where the party winning the two-party vote would win the election… I don’t think it’s actually worked against that [but] it’s just a silly idea and I should never have entertained it.”

The Electoral Districts Boundaries Commission, chaired by Supreme Court Justice Ann Vanstone, is currently reviewing the state’s electoral map in the wake of the 2014 poll, which saw the Liberals again fall short despite commanding a 53 per cent statewide vote.

It’s unclear if the commission can make further recommendations about broader reform – including the removal of the fairness clause. South Australian academic Clem Macintyre has already given evidence to the commission that the clause itself is “not practicable”.

But Mackerras says: “I’m not exactly suggesting it be scrapped.”

“Now it’s there you might as well leave it there, but it’s certainly an object lesson that no other jurisdiction should copy it,” he said.

He said there was a push to emulate the clause in New South Wales when, in 1995, Labor’s Bob Carr seized power from then-Premier John Fahey, whose coalition had previously won only 49 of the state’s 99 seats despite recording 52.7 per cent of the two-party preferred vote.

“When the Liberals lost in NSW in 1995 against Bob Carr, I recall hearing Liberals saying ‘we should import that SA fairness clause’,” he reflected.

At the time, the SA Liberals were flying high after a landslide win in the wake of Labor’s State Bank meltdown. They won 37 seats to Labor’s 10 on the back of a whopping 61 per cent of the two-party vote.

“I seem to remember at the time saying it’s proved this clause was sensible – but of course it didn’t prove any such thing,” Mackerras says now.

“The fairness thing wouldn’t have made a difference anyway in ’93.”

Mackerras said his involvement in the post-1989 review came about because “I was working in conjunction with the Liberal Party and had sympathy for the position they were advancing at the time, given they were able to get a substantial majority of votes in 1989 and only just broke even in seats”.

Mackerras says he was invited by then-Liberal state director Nick Minchin – with whom “I was and still am friendly” – to make a submission to the parliamentary review.

Mackerras says he gave his evidence pro bono and “was just an academic who gives advice and helps people without seeking payment… the only expenses I ever ask for things like transport and hotel bills”.

The inquiry came up with an addendum to the act covering “electoral fairness”. As InDaily revealed last month, it also recommended reviewing the prospect of a system allowing “top-up” members after the subsequent 1993 election – a recommendation that was ignored.

“I made submissions to the [committee] and they eventually came up with this form of words, which was by me and the Liberal Party, and then proceeded to [recommend] a redistribution, which wasn’t actually necessary under the legislation,” Mackerras recalled.

“I just happen to think it’s stupid to have a redistribution once every term, as there are virtually no population movements in SA… why keep changing boundaries simply because of this fairness clause, which is a silly clause anyway of which I’m not proud?”

He says he now believes there is a simple reason for the run of electoral outcomes since 1993: “The Labor Party’s good at campaigning in the marginal seats, and that’s what happened in at least the last two elections… more or less every election actually.”