The incoming Public Advocate told InDaily that she would support more explicitly codified human rights legislation to help protect South Australia’s most vulnerable, if there was support for it in State Parliament.

“If there was an appetite for it then I would be keen to support [a Human Rights Act],” she said.

She said that while some human rights are already stipulated in the Equal Opportunity Act and other laws in SA, clearly expressed human rights legislation could help protect marginalised South Australians. 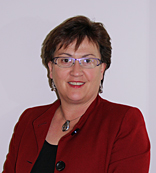 Gale said that such legislation “can be a very positive overarching framework,” that “provides that high level statement and commitment to human rights” and that had been effective in other jurisdictions.

During his tenure, Brayley was a prominent advocate for higher funding for mental health services.

“Historically, (it has) been the area that’s had less funding,” she said.

“We need a greater community (understanding) and we need the funding that can go with that.”

The former Equal Opportunity Commissioner has spent much of her career working in the areas of housing and homelessness, disability and human rights.

She told InDaily one of her main objectives in the new role will be to prevent the financial, physical and sexual abuse of older South Australians.

“It’s very important, particularly given the aged profile of our state,” she said.

Gale also said she would work to promote supported decision-making for people with intellectual disabilities and advocate for the minimal use of chemical and physical restraints on people with mental illness.

Doctors reported last year that mental health patients had been confined to windowless cubicles in emergency departments for several days.

Acting Attorney General Susan Close said that Gale had the experience and skills to support vulnerable South Australians in the role of Public Advocate.

“Her experience in that role (of Equal Opportunity Commissioner) and previous role as Deputy Commissioner of Consumer and Business will make a strong and active representative for those with mental illness,” Rau said.

Gale officially took over as Public Advocate in the final days of 2015, and has been appointed to a five year term.