ABC 891 today announced its new line-up for 2016, with former Triple M breakfast announcer Ali Clarke to take over from Ian Henschke in the mornings shift.

Henschke will move to Drive, replacing Michael Smyth who was axed by the station several weeks ago after a four-year stint in the key shift.

Clarke spent nine years on FM breakfasts and also pens a column for News Corp – if that continues, three weekday presenters on 891 will be regular contributors to the Murdoch press.

“I’m incredibly excited to be given the opportunity of talking with South Australians about what matters to them,” Clarke said in an ABC media release this morning.

“I feel privileged the morning has been entrusted to me and can’t wait to unearth some great local stories. I’m looking forward to being part of a station that values news, information and entertainment in equal measure.”

“Ian Henschke will draw on his three decades of experience in news gathering to bring our city up to date with the day’s events on Drive,” he said. “The addition of Ali Clarke to 891 Mornings will bring a fresh perspective to contemporary life and living in Adelaide. It’s a new era for 891, and we invite Adelaide to join us for the ride.”

The changes seem to be part of a nation-wide rethink for ABC local radio.

The ABC’s radio director, Michael Mason,  said that in 2016 “ABC radio will continue to broaden its appeal through new presenter appointments and content, which better reflect the communities and society it’s part of”.

He also announced the author and academic Larissa Behrendt would host Speaking Out, the ABC’s Indigenous affairs radio program, which would be extended to one hour.

Australian journalism’s most prestigious prize was awarded last night to an ABC investigation that would face new hurdles under legislation currently before the South Australian parliament.

At the very least, the investigation would potentially be open to the vagaries of judicial processes, rather than a journalist’s editorial judgement.

The Government’s new surveillance bill has been in the Upper House this week. While it’s designed to protect individual privacy, the RSPCA, the Law Society and the Greens believe it will pose barriers for animal rights activists who use covert footage to expose cruelty to animals.

Such footage was used in the ABC’s Gold Walkley-winning report on “live baiting” in the greyhound industry. The disturbing images sickened Australians and has led to widespread scrutiny and changes in the industry.

“Obtaining covert footage is not illegal under the proposed legislation as long as it is done so in the public interest,” he said. “This is no different to similar legislation that exists in several other states.

“To communicate or publish footage that is in the public interest, it can either be provided to a media organisation as defined by the Bill, or by obtaining a judicial order.”

However, the Law Society has warned the legislation is a so-called “ag-gag“. It says there isn’t legislation like this anywhere in Australia, and specifically mentioned the ABC’s greyhounds exposé in a critique of the bill provided last week.

At best, the position of investigative journalists will be cloudier under this complicated piece of legislation. Lawyers will have yet another avenue to run interference on bona fide investigations.

And the last thing journalism in SA needs is another barrier to serious investigation.

Investigative journalism often relies on images gained covertly. Indeed, this week InDaily published a major investigation into the construction of the South Road Superway which relied on images taken in secret.

As the legislation stands, InDaily isn’t covered by the media exemption in the bill. Rau says he’s in negotiations about amendments to the bill to fix this.

If you add together the deadening effect of ICAC reporting restrictions, the Government’s continued opposition to shield laws for journalists, and this surveillance bill, you have to ask: why is the State Government running interference against investigative journalism?

Radio Adelaide’s survival by the numbers

The 43-year-old station, part of the University of Adelaide, has had its closure flagged in a discussion paper put out by the university last week.

The station is being forced to move after the university sold its North Terrace building to boost its coffers. While station managers understood the university would bankroll its move to a new premises, the uni management is using this moment to reduce its commitment to Radio Adelaide or wriggle out of funding the station altogether.

The options on the table range from the status quo to shutting it down, with the middle ground options including greater subscriber support and new, independent management.

While supporters rally to Radio Adelaide’s defence, it seems University of Adelaide Vice-Chancellor Warren Bebbington could be playing a canny hand here.

He’s made it clear he doesn’t favour the closure or even the downgrade of Radio Adelaide’s service, while the status quo is also anathema to him.

However, by putting the closure option on the table he’s clearly hoping that supporters will rally to the cause – and if enough do,  he’ll be able to get the radio station off the university’s books.

He says most responses to the university’s discussion paper show support for an option whereby the station makes a transition to be governed by a not-for-profit company, supported in large part by subscriptions.

“What I’d like to see is far more of the people who love Radio Adelaide actually spending a few dollars to help the station,” Bebbington said.

This cunning plan could backfire – at least in part – even if it succeeds.

The uni itself will still rely on the station for training for its media students. In fact, Radio Adelaide believes it is the state’s largest registered training provider in the media field, and makes significantly more money from training than it receives from the university.

The future management of the station would be well justified in bumping up its charges for training to pay its way.

The uni could end up forking out much more for training its media students  than it already does, with the current training provided at a discounted cost. In addition, the university will have to take the political pain of having hived off an institution close to the hearts of many people – not least of whom are the hundreds of journalists who trained there.

The numbers definitely deserve closer scrutiny: the uni’s discussion paper says closing Radio Adelaide would cost $900,000; relocating the station would cost $1.4 million. The station says it earns about $1 million a year from training. The uni provides about $400,000 a year towards its running as well as other in-kind support.

Thank you to our readers

Independent media is a tough gig, but it’s made worthwhile by the loyalty of our readers.

Just over a month ago, InDaily switched to a new website – designed by clever local company Lightbulb – and you have overwhelmingly embraced it.

Your support made November the biggest readership month in InDaily’s history. According to Google Analytics, we now have a monthly unique audience of more than 200,000 people, making us a significant and louder voice in Adelaide’s previously monocultural media world.

Naughty corner & Top of the class

The media saints and sinners this week may depend on your perspective – you be the judge.

After the horrible shootings in California this week, here’s how two New York newspapers responded on their front pages. Both are powerful, but do either of them represent good journalism? 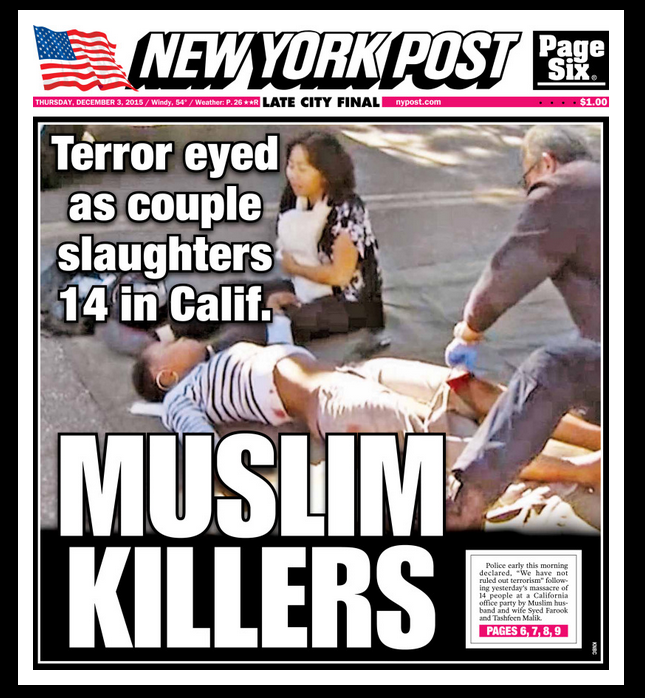 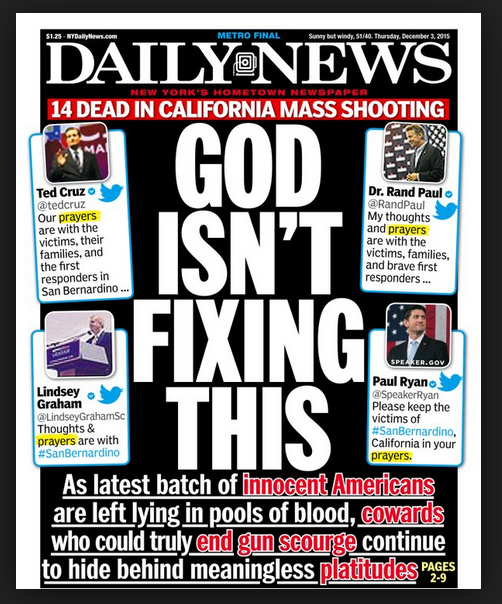