“We noticed the fire was travelling through the paddocks just on the edge of Freeling,” he recalls.

“The wife was standing watching it, and I said ‘you need to get out now’.

“She said her husband was next door, checking on neighbours.

“We could see flames.”

Racing to the neighbour’s house, Garner found the husband.

“I said ‘that fire front is going to be on you within seconds, you’ve got to get out’.”

But the man appeared not to understand the gravity of the situation.

“Oh I’ve just got to move the caravan and my car,” Garner recalls him saying.

“I thought, this is just nuts,” says Garner.

“Nothing’s going to stop it and if you’re in the way of it you’re just going to get fried.

“Literally, the fire front was 400 metres away.

“We were watching a 20 foot wall of fire running through stubble paddock, with wirly-wirlys going through it. 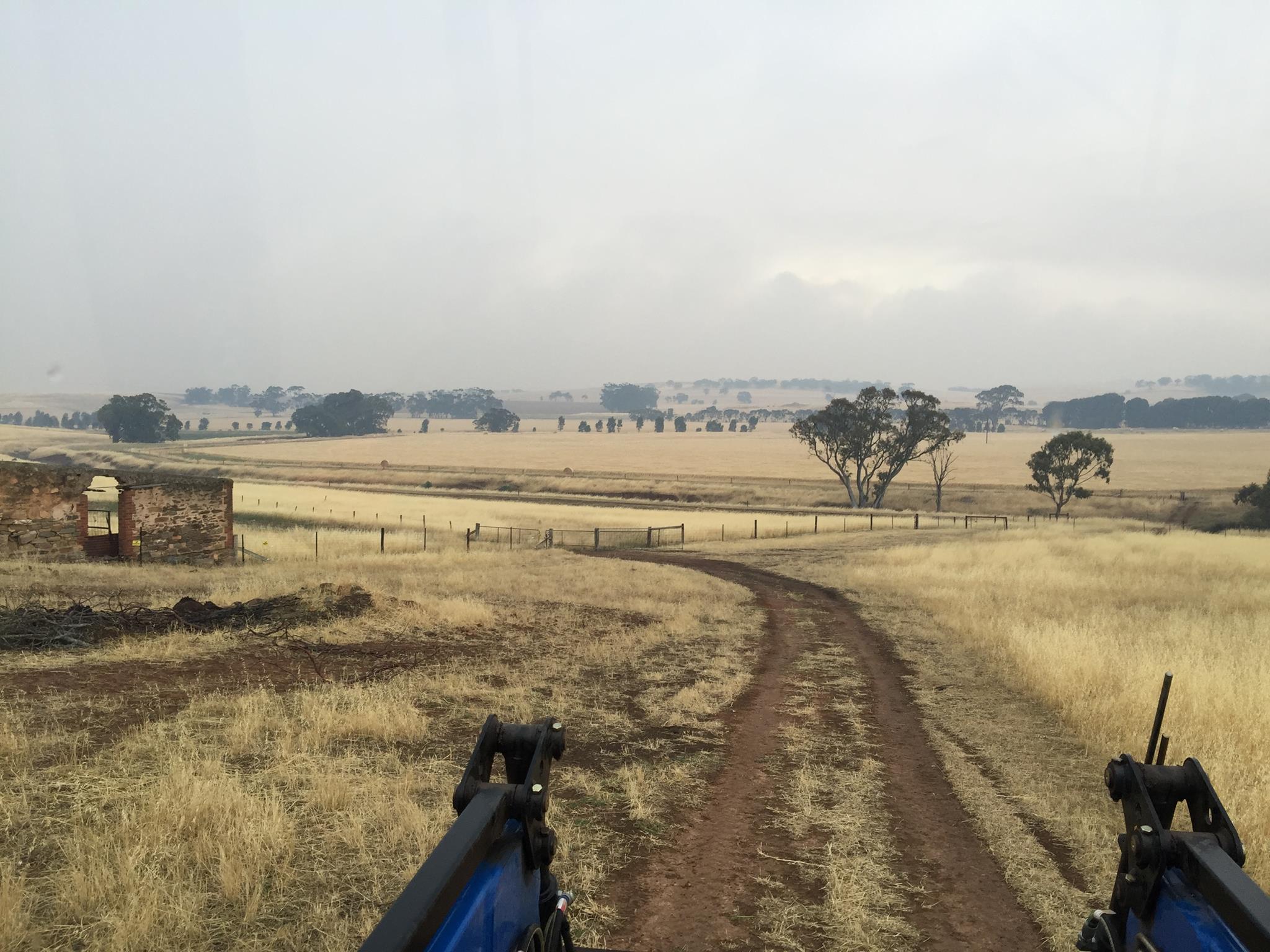 From the back of Garner’s ute yesterday: smoke rising in the distance.

“I got really stern with him and said ‘mate you need to move now’.

“I was yelling at them: ‘You need to get out now’.

“I don’t think they were shocked … they just didn’t understand how dangerous the situation was.

“You could see the flames reflected on the glasses that he was wearing on his face.

“He just had it in his head that that was what he was going to do.”

Garner made the agonising decision to leave.

“I said ‘we can’t stay, we’re going to get cooked’

“I’m just a farmer – I don’t have the authority to move people along.

“He was walking back to his house and that was the last we saw of him.

Later in the day, Garner came face-to-face with the fire front. 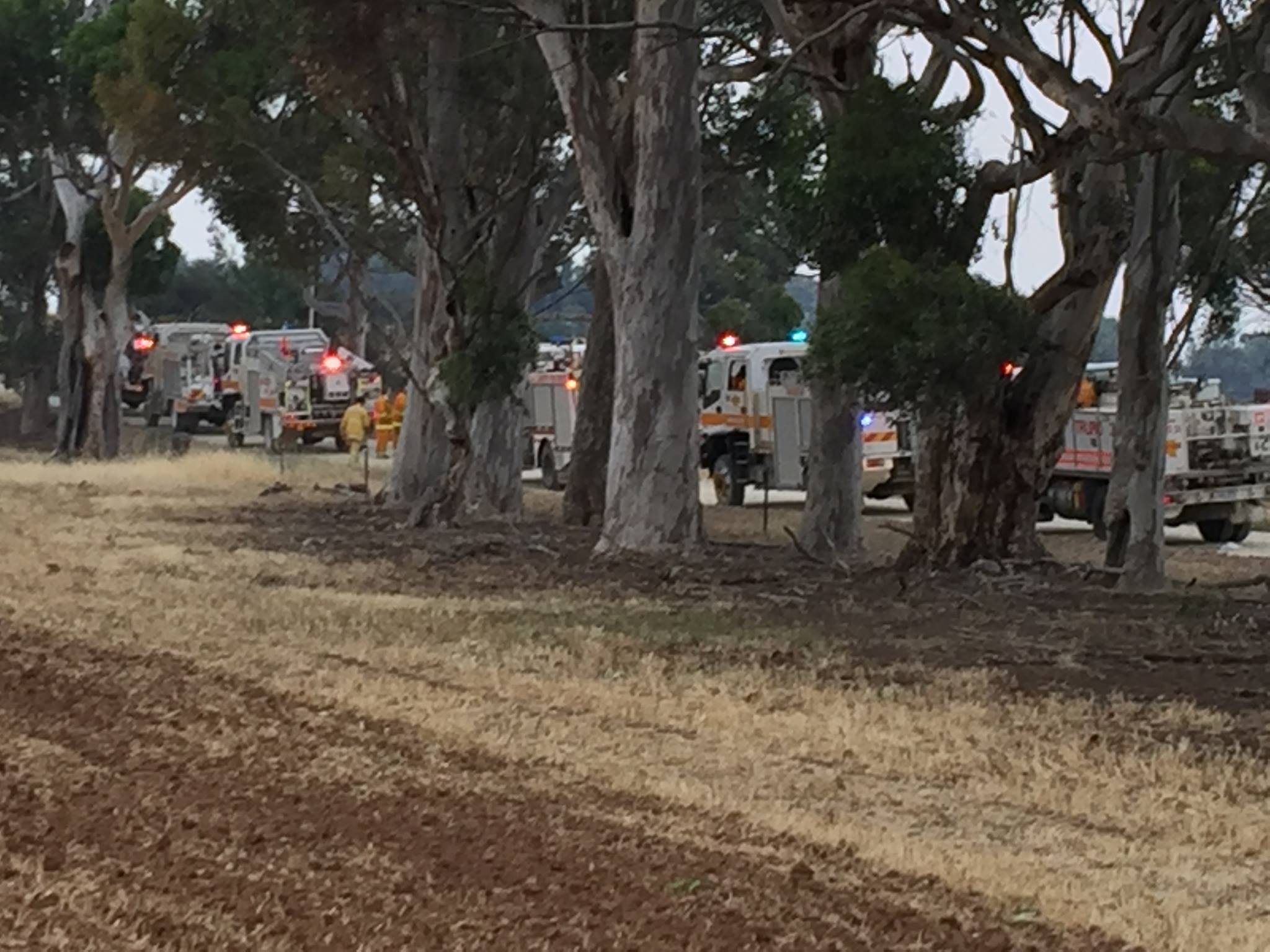 Driving back home after dropping a woman to safety in the centre of Kapunda, Garner was stopped on the road by a wall of flame.

“It was like a blowtorch – I’ve been in the CFS 27 years myself, and I haven’t seen flames do things like that before,” he says.

“The fire came in front of me, I had to stop.

“It would’ve been across the road and running up the gully in a matter of seconds.

“Just the sheer wind force behind it … it was absolutely insane.

“Everything was just blasted with flame, blackened, gone, that was it. The fire moved on.

“I’ve got a ute with a fire pump on it but it wouldn’t have done much at all.

“It would’ve been like trying to bail out the Titanic with a cup.” 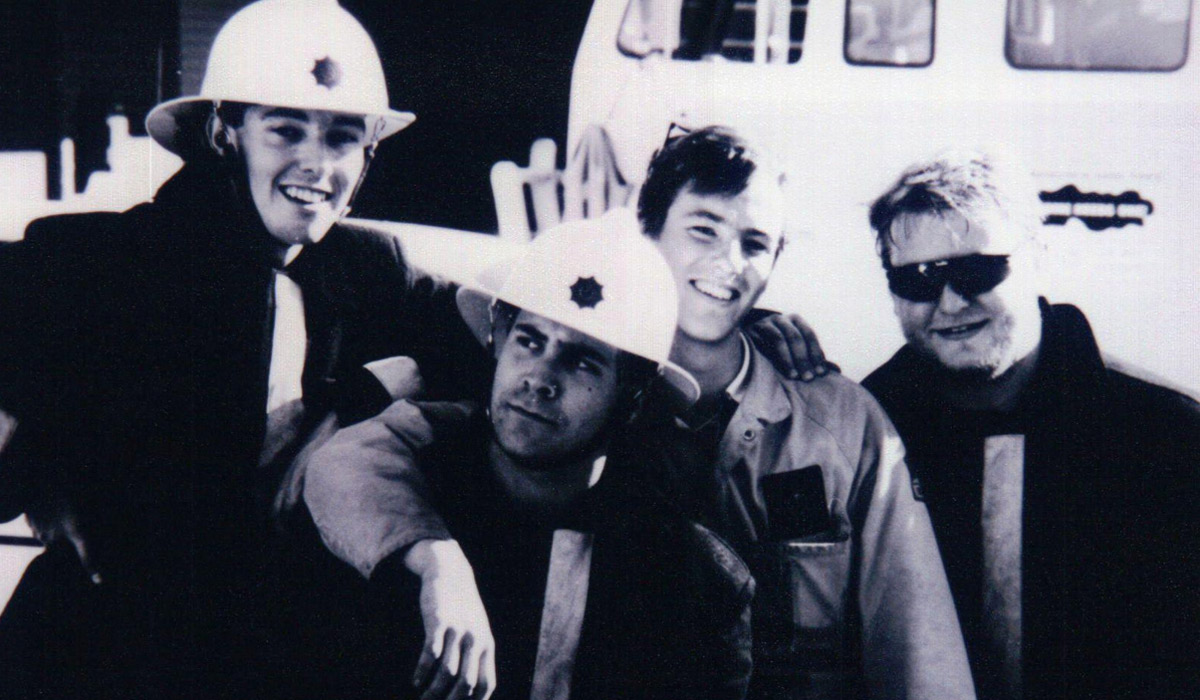 An old shot of Garner (centre) who has volunteered for nearly three decades with the CFS.

When the inferno passed, Garner was able to get back to his own property.

“We basically came back to my place and tried to see if we had to defend (the property).”

“We had ash raining down on us … but luckily, the finger of fire went between us and Kapunda, probably about two kilometres up the road from us.”

Garner will be helping a mate to clean up his property at Wasleys today.