Premier Jay Weatherill tonight called for calm, but confirmed “the worst of news”, that at least two people had perished in a fire that began at Pinery and continues to blaze in the mid-north near Kapunda.

He said a body had been found in a paddock near Pinery and another in a car near Hamley Bridge, with an unconfirmed report of another fatality near Freeling after a car hit a tree.

Just spoken to @JayWeatherill and offered help for the #SAfires – 200 Vic firefighters and 50 trucks will head to Adelaide tomorrow.

At least three people have been hospitalised with severe burns after helping to fight the fire, whose front has spanned up to 40 kilometres and moved at speeds up to 90km/h.

“The next six to 12 hours will be critical,” Weatherill told media at 8pm.

“This has been a devastating few hours for large parts of the state and unfortunately there is some time to go until we have fire fronts under control,” he said.

The CFS warned the blaze was still burning out of control, travelling north-east towards Marrabel, Eudunda and Dutton. Authorities said residents should remain vigilant overnight, fearing it could take days to contain.

Power has been cut to about 22,000 properties, with 10,000 not expected to have services restored until tomorrow.

There's terrible fires heading out and around where I live. I hope no one has been hurt and has gotten away safely. pic.twitter.com/oh0zdO3iL4

It travelled more than 50km in the next four hours. There is no known cause as yet.

Around 70 fire fighting appliances will be on the ground overnight, along with 340 volunteer firefighters battling an active front about 40km long between Nuriootpa and Kapunda.

Homes and sheds have been lost, along with crop and livestock losses. 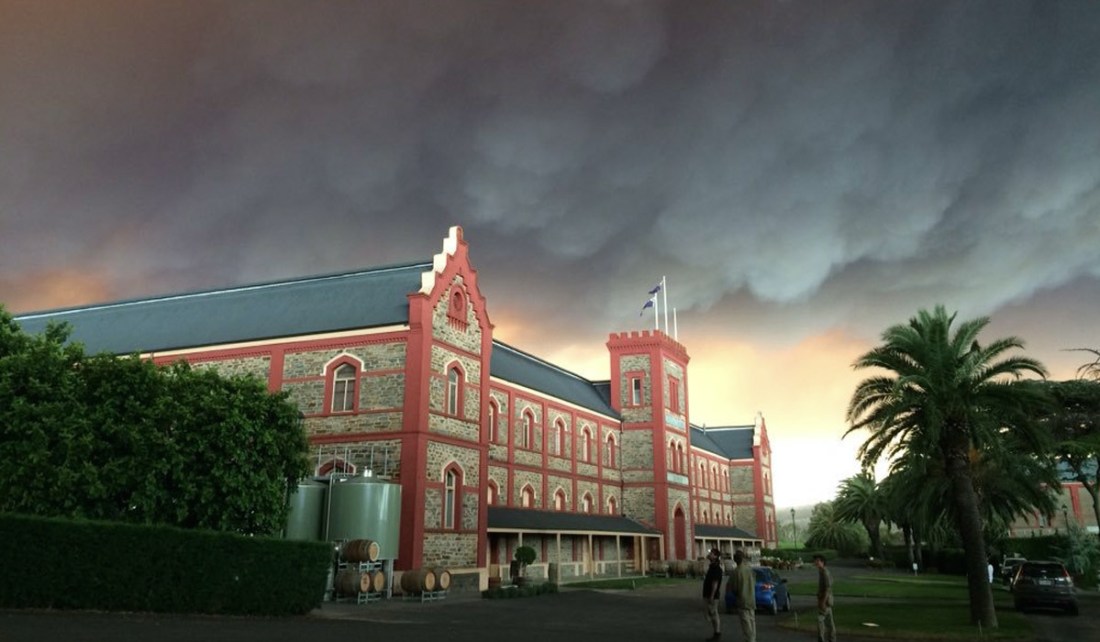 The CFS reinforces the fire is extremely dangerous and poses a threat to lives and property, warning that if you are in the area you are in danger and should act immediately.

Go here for the full list of road closures.

My dad is fighting to save their home. This is about 100m from the house. #SAfires #Bushfire #Tarlee pic.twitter.com/VA2VqhmCpm

There have been several reports of buildings being destroyed, including a piggery, and injuries to both civilians and firefighters.

Sky is black with smoke at 4pm across parts of Tanunda #barossa #Mallala fires pic.twitter.com/9waezgDQoz

My view as I drove to get my dogs. We r safe.GO FIRIES! U r remarkable. Huge job ahead. Good luck #tanunda #SAfires pic.twitter.com/O8gQkf3aXA

The CFS said the blaze had destroyed more than 85,000 hectares of cropping land. Local firefighters will be joined by interstate reinforcements tomorrow.

It was proving difficult to map from the air because of the large volume of smoke.

The CFS has now contained another major fire at Lameroo, southeast of Adelaide.

The blaze was travelling southeasterly and posed a threat to people and property in the area. 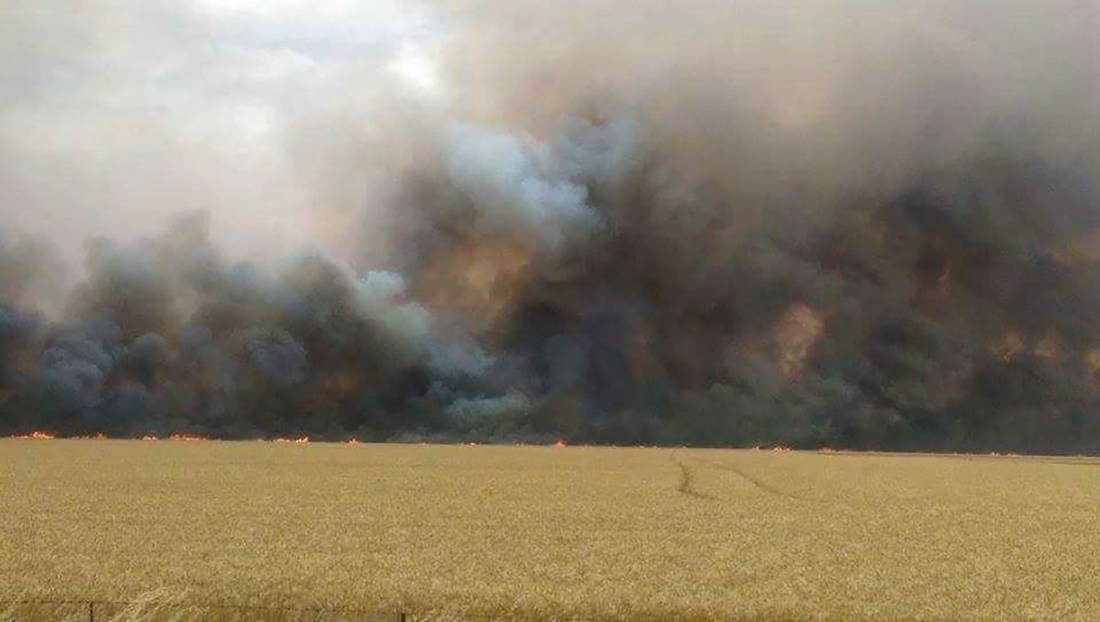 The blaze burning out of control in Mallala. Photo: AAP/Stelios Eleftheriou

The Northern Expressway has been closed for southbound traffic, with motorists asked to avoid the corridor, while residents in nearby Penfield and Virginia – which are not threatened – are advised to close all doors and windows to avoid plumes of smoke gusting through the area.

The Education Department advises the Mallala Primary School was evacuated and, with bus services cancelled, parents have been contacted to collect their children from Two Wells.

Policy say all children are safe and at the Elizabeth Police Station and have called on parents to collect their children.

Meanwhile, a watch and act warning has been issued for Polish River Hill residents in the state’s mid-north as another fire burns through crops, travelling southeast.

An earlier blaze that broke out in SA’s southeast near Bordertown is not considered a threat to people or property.

The fires come as temperatures in SA’s mid-north and southeast are set to hit the mid-30s and push into the low 40s in some regional centres.

Extreme or severe bushfire danger warnings are in place for much of the state.

Country Fire Service crews have had to deal with 15 fires sparked by machinery over the past two months.

CFS state coordinator Leigh Miller says any metal cutting tool or welder can start a fire with just a single spark and people should consider postponing any such work in the open when the fire risk is high.

The use of such tools in the open is prohibited on days when a total fire ban is declared.

“If the work can be postponed or reprogrammed, then it should be,” Miller said.

“Where the activity cannot be delayed or is for emergency purposes, then a permit is required.”

The warning comes as Wednesday shapes up to be a high risk day across SA with strong winds and temperatures in some centres pushing into the low 40s.

Adelaide was forecast to have a maximum of 34C today.

“We are expecting strong wind conditions and if a fire breaks out it may be difficult to contain,” Miller said.

“It is vital the community is on high alert.”

The CFS says the fire risk will be either severe or extreme across the state.