The Adelaide Turf Cricket Association’s all-time leading wicket-taker finished his 40-year career with 1217 scalps. He died on May 7, aged 81.

But Aiston’s great legacy will live on, particularly among followers of his beloved Flinders Park Cricket Club. 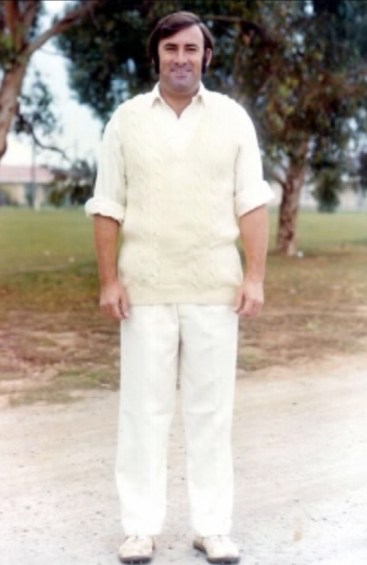 Aiston’s incredible three-year run included single innings figures of 10/18 and 8/0 on a day when Payneham was bowled out for just 5. Both spells featured hat-tricks.

Nicknamed “Spoggy” because of his small stature when growing up, Aiston had a brief stint at Clarence Park Cricket Club before debuting for Flinders Park in 1971 shortly after buying a house in the suburb.

Aiston played district cricket for Woodville, making his A-Grade debut as a 35-year-old in 1974/75.

He also led Woodville South Cricket Club to an A-Grade premiership in 1978-79.

An opening bowler, Aiston was known to moonlight as a left-arm orthodox spinner, often coming back on to bowl late in the day to dismiss the tail.

Aiston met his wife Helen when he worked at Myer as a young man and also played in the company cricket team.

After the first few seasons fielding at cover and batting at No. 7, his dominance on the field grew to the point that when he moved on to another Monday to Friday job, Myer employed him to work one hour a week on a Saturday morning so he could continue to play in the company’s side.

Born in Tailem Bend, Aiston began working at Holden’s Woodville plant as a clerk in 1962 and steadily climbed the ranks.

When the plant was relocated to Elizabeth in 1989, Aiston was foreman of the press shop.

Such was his popularity among the staff, it was said that he was the only supervisor at the Woodville plant regularly invited to play cards with the workers on the floor. 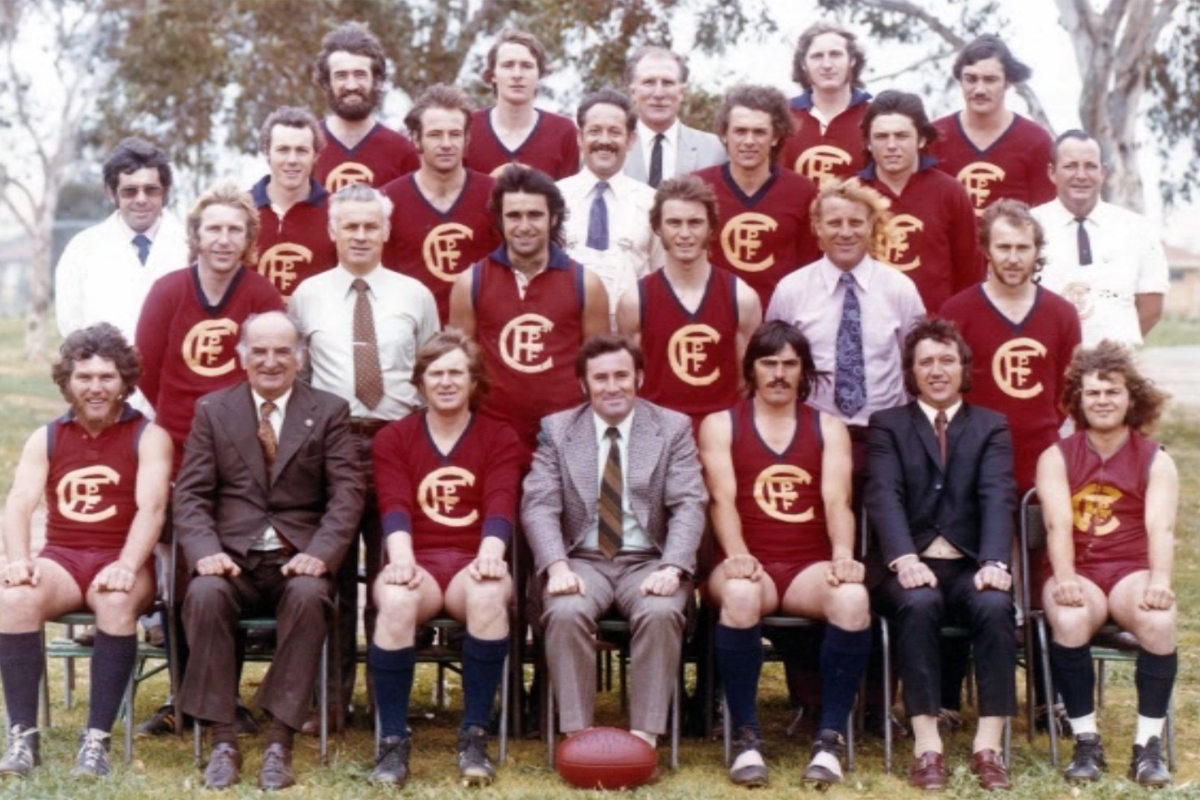 Ray Aiston, front and centre, coached Flinders Park’s reserves side in the 1970s.

A handy left-hand lower-order batsman, Spoggy returned to Flinders Park in the 1980s where he starred in an over-40s side and was a great coach and mentor to many young western suburbs’ cricketers.

In his last season as a player in 1996/97, Aiston played several matches in Flinders Park’s C grade team, which was captained by his son Steven.

Aiston went on to become a high-level Adelaide Turf Cricket Association umpire in the late 1990s.

Earlier in his football career, Spoggy was a foundation player at Seaton Ramblers in 1958 and is a life member of the club. He also coached Westminster Old Scholars from 1970-72, helping the new Amateur League club rise from A4 to A3.

Aiston and his wife Helen married in 1965 and lived in Flinders Park for more than 40 years, raising their children Steven and Linda there.

Helen died in 2015 after a long battle with cancer.

Aiston is survived by Steven, Linda and his grandchildren Cheyenne, Dylan, Nicole and Katherine.

His life was celebrated at Harrison Funerals in Queenstown on Friday.

Aiston taught the author how to bowl left-arm spin at Flinders Park Primary School in the 1980s.