Jessica Leo-Kelton, the editor of the Sunday Mail and Saturday Advertiser, will join the Premier’s department early next year as director of communications.

The department confirmed to InDaily today that she had been appointed for a standard three-year term and will oversee DPC’s corporate communications, media relations, social media, digital communications and content management, and establish a news channel for the public sector.

Leo-Kelton’s departure is the latest in a series of changes at the top of News Corp in Adelaide. Earlier this year, Advertiser editor Matt Deighton left the role, but remains with the company, while News Corp’s most senior local executive, long-standing managing director Ish Davies, announced in October he would retire from the position at the end of the year.

In a message to News Corp staff on Wednesday announcing Leo-Kelton’s departure, News Corp Australasia’s executive chairman Michael Miller said she had had a “great impact” on the company since she began her career as a cadet journalist in 2006.

Her career progressed quickly and she held a series of senior editorial positions including editor-in-chief of Messenger Newspapers. She was appointed editor of the Sunday Mail in 2019 and, a year later, also took on responsibility for the Saturday edition of The Advertiser.

Miller said the company would conduct an “open process” to find Leo-Kelton’s replacement as weekend editor.

“Her contribution across the Messenger community newspaper group and then at The Advertiser and Sunday Mail is measured not only through her campaigning journalism but her talent for innovation, product development and leadership,” Miller said.

“I would also like to thank her for the support she has shown recently appointed Advertiser editor Gemma Jones and wish her the best for the next chapter in her career.” 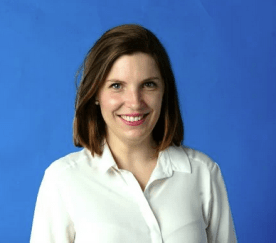 Jessica Leo-Kelton in an image from an earlier News Corp announcement.

That chapter will be in the department that leads and coordinates the Government’s marketing and communication efforts.

Leo-Kelton’s appointment is the second recent senior appointment to an expanding communications area in DPC.

Earlier this year, DPC chief executive Nick Reade appointed one of his former colleagues at Bank SA to a new position of executive director strategic communications, without advertising the role.

Jayne Flaherty, who was head of corporate affairs at the bank for five years from 2013 under Reade’s tenure, took up the role in July.

Flaherty had worked with the RAA and in the public sector for the Department of Human Services since leaving the bank.

The director’s position to be taken up by Leo-Kelton was advertised, with the job description saying it reports to Flaherty’s role. It is classified as SAES1 – attracting a salary of up to $260,000.

The director will “develop strategic communications plans that raise the pride and profile of public sector work across government, as well as lead internal communication, media relations and corporate communications activities for the Chief Executive”.

The director will also be required to oversee a new State Government “news site” – understood to focus on internal public service news – and take responsibility for the “curation” of government content.

The job description says the director will: “Lead the whole of government content strategy, including establishing and maintaining an SA Government news site and curation of across government content to grow awareness and pride in the work of the public sector”.

A department spokesperson said: “The Department of the Premier and Cabinet is delighted to welcome Jessica to the role of Director, Communications in the New Year”.

In Miller’s note to News Corp staff, Leo-Kelton said: “I’ll be forever grateful to News Corp and the opportunities and experiences afforded to me, not to mention the amazing people I have had the privilege of working alongside every day”.