News Corp Australia executive chairman Michael Miller told staff in an email that Matt Deighton had decided to leave the role he took up at The Advertiser in October 2017.

Miller said the veteran editor would take another unspecified position within the Murdoch company.

“The decision to stand down was one made personally by Matt,” Miller said.

“He believes the time is now right to make this change to provide an opportunity for a new editor to lead the Adelaide newsroom and for himself to spend more time with his family.”

The email said Deighton “remains passionate about News Corp and the role our journalism plays in servicing and advocating for Australian communities”.

“We are discussing with him a new role to be announced in due course.”

News Corp is now seeking applications for the position, which Miller said was “one of the most senior in our company”. 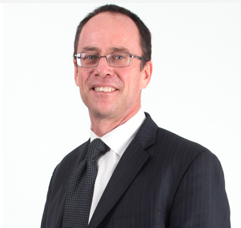 “Consequently, I am asking today for our best, most inspiring and creative editorial staff to apply for this role,” Miller said.

Deighton told InDaily that the decision was entirely his and he had been thinking about it for some time, particularly given the growing needs of his son, who has autism.

Deighton, who has been with News Corp for 31 years including more than five years at Messenger Community News in Adelaide and four years as editor of The Mercury in Hobart, said he would take a new role in Adelaide which had yet to be finalised.

“I’ve enjoyed being editor, but I don’t need to be head coach.”

He said he was proud of the culture he had created in the Adelaide newsroom and praised the growth of a new generation of editorial leaders at the newspaper.

The COVID period had been challenging but the newspaper had emerged in good shape, he said.

The change could be an opportunity for News Corp to appoint a woman to the editorship of The Advertiser, for the first time in the newspaper’s more than 160-year history.