Seven wouldn’t comment today but a network source told InDaily that the changes had been forced by the decision to cut costs by presenting the local 4pm bulletin out of Melbourne, with “inserts” from Adelaide.

Adamson’s weekend presenting role, in which she commonly presides over huge ratings wins over Seven’s commercial rivals, will go to Rosanna Mangiarelli, the former Today Tonight host who has been presenting the 4pm bulletin.

Mangiarelli is seen by the network as the successor to Jane Doyle in the 6pm bulletin presenting role, meaning she was favoured for the weekend job.

Ratings success has taken a back seat to financial realities, with Seven seeking to make $100 million in cost savings.

Today Tonight was axed in November last year, with the loss of seven jobs, despite not losing a single ratings week since March 2001.

The network source said the decision to lose the four staff was a simple matter of financial realities.

Adamson, a former journalist of the year in SA who has been with the network for more than 20 years, has been reading the weekend bulletins for five years and is one of the network’s best reporters. 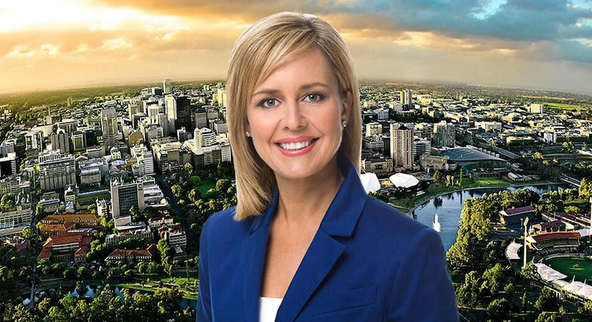 Kish and Childs are also experienced hands, the latter guiding the newsroom’s sports coverage and Kish a more recent employee, but with a long career at the ABC before that.

Noonan has been with the network for nearly 10 years.

In a statement released via the network, Adamson said it had been “an enormous privilege to tell and present stories to South Australians for the last 24 years”.

“I’ve been lucky enough to work alongside some of the best in the business on some of the biggest stories including the Sydney and Beijing Olympics, the Banda Aceh tsunami, the Beaconsfield mine disaster and the Tour de France,” she said.

“I’ve loved it all, met some amazing people and made lifelong friends.”

The changes are the latest in a grim year for Adelaide media.

Over the past few weeks, News Corp has been working through the process of making 15 positions redundant in Adelaide, with the sports team hit particularly hard.

The media giant has ceased printing Messenger titles and is working on a national strategy which will see many roles centralised.

The ABC is also planning redundancies across Australia, with managing director David Anderson informing staff today about his “five-year plan” for the national broadcaster.

That plan is expected to include up to 250 job losses.

Staff listening to the announcement have so far revealed that the ABC’s flagship 7.45am radio news bulletin will be axed, and the ABC Life team will be halved and rebadged ABC Local, among other changes.