Looking beyond clichés about miracle cures and shonky used car salesman, Today Tonight had a telling record of investigative work.

In fact, it played an important role in a profound change to criminal justice in South Australia and a growing number of other jurisdictions.

More on that later, but first the bad news.

Seven announced yesterday it was canning the program – which was once national but now only airs in Adelaide and Perth. Perhaps not coincidentally, Seven News is absolutely dominant in both capital cities.

TT first aired in January 1995 – a bold attempt to dent Nine’s power flagship, A Current Affair, then hosted by Ray Martin and a different beast from the show by the same name which still airs today.

These figures highlight a profound change in Adelaide’s television landscape: a program rarely tops the 200k mark in this market any more. Last night, for example, TT won its timeslot with 80,000 viewers. ACA attracted a measly 44,000 viewers. The highest rating program of the night – Seven News – averaged 95,000 viewers.

To add further context, the AFL Grand Final this year averaged 232,000 viewers – only a handful above ACA at its peak.

So it’s not surprising that Archer says the demise of TT – which has about 25 staff across Australia including seven in Adelaide – was inevitable.

It’s telling to note that TT was an absolute ratings success. After battling with ACA for its first three or so years, it started to pull ahead in the ratings.

Since March 2001, the program has not lost a single ratings week. It rarely loses a night.

That is an incredible record of success – but it still wasn’t enough to save it. 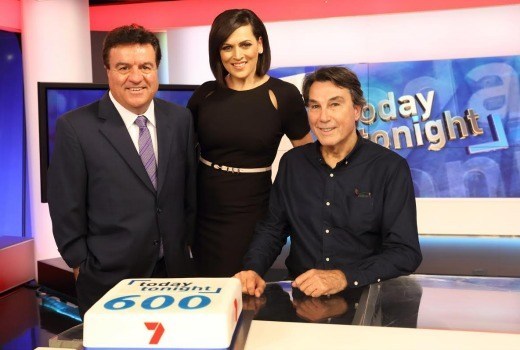 It’s hard to believe now, that, until 1994, the ABC’s 7.30 Report was produced locally. It moved to a Friday night state edition, which was canned in Mark Scott’s sweeping cuts announced in late 2014.

Nine had several attempts at a local version of A Current Affair but couldn’t – or wouldn’t – make it work.

After tomorrow night, locally-produced current affairs television in Adelaide will be functionally extinct.

As Archer says, this “death of a thousand cuts” to local journalism means fewer jobs and less support for local people who need media outlets to champion their causes.

“As much as anything, there will be no local current affairs in this state, and this to me is a tragedy,” he says.

It will be easy for some people to dismiss TT’s demise, but this would underestimate its impact on South Australia.

One of Archer’s long-running concerns – as an executive producer and on-air reporter – was the potential miscarriage of justice in a number of cases involving forensic evidence, most notably the Henry Keogh case.

In 2012, then Attorney-General John Rau introduced a Bill to allow a new right of appeal when “fresh and compelling” new evidence came to light – even after a previous unsuccessful appeal. In an interview at the time, Rau acknowledged Archer’s role in his decision-making process.

Archer believes – rightly, in my view – that TT’s prominent part in bringing about this change has been overlooked.

“That law has now been changed in Tasmania, WA and, the last couple of weeks, in Victoria,” he says. TT, therefore, helped set the agenda for standards of justice – at least in this area – in South Australia and beyond.

Whatever you thought of the broad sweep of TT’s journalism (they were regular targets of the ABC’s Media Watch), this kind of work was substantial – and not a small part of its output. More recently they’ve had significant wins, putting the blowtorch of accountability on local and state governments.

As Archer says: “This is the loss of another voice in this state: it’s another non-taxpayer-funded monitoring voice that won’t exist any more.”