In survey four, which ran from April 21 to June 29, Clarke retained her lead in breakfast – just – despite losing 1.4 percentage points of listener share to drop to 14.1.

Her fierce commercial rivals – David Penberthy and Will Goodings at FIVEaa – gained 1.5 points to move to 14.

The next most popular breakfast team – Mix 102.3’s Jodie Oddy and Mark Soderstrom – lost ground to drop to a distant third, with 10.8 per cent of share.

Penberthy and Goodings’ improved performance headlined a strong survey for FIVEaa, with veteran mornings announcer Leon Byner putting on a huge 2.4 percentage points to move to the top of that shift, ahead of previous leader Mix and the ABC’s David Bevan.

Mix now only leads in the afternoon shift and weekends, but retains the overall number one position.

Nova is the leader in drive, while evenings belong to FIVEaa, despite it losing more than two percentage points.

Overall, FIVEaa has moved from third to second place behind Mix, while ABC Radio Adelaide has dropped from second to fourth.

Nova moves up into third place from fourth. 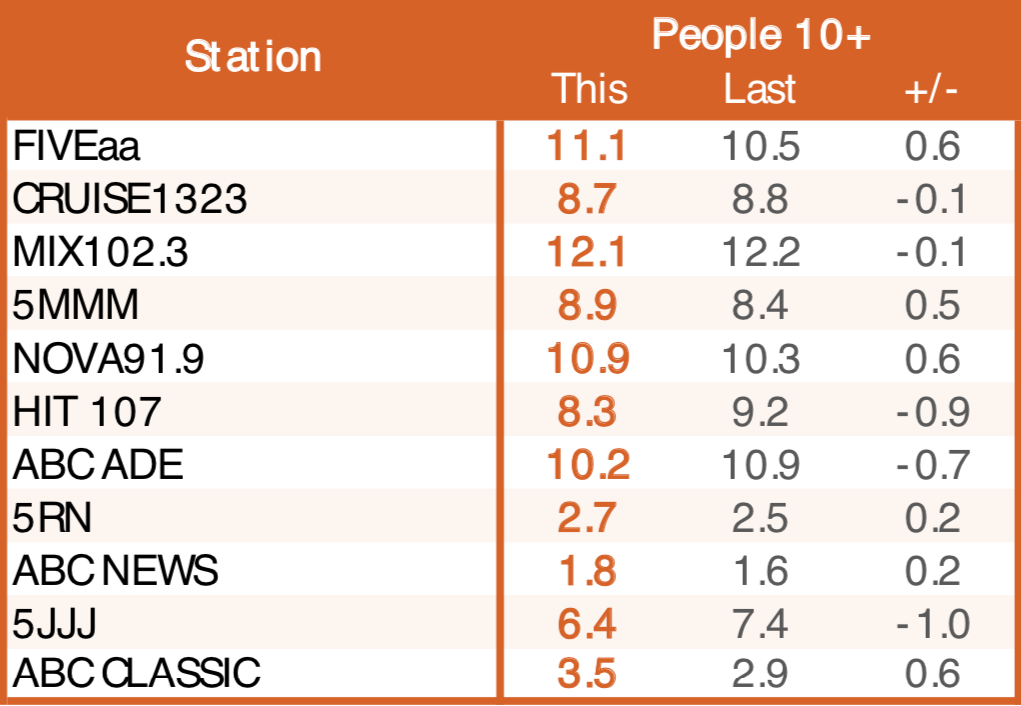