What the radio ratings don’t reveal

The radio ratings out this week spelled the usual mix of trouble and joy for Adelaide stations, but they were more interesting for what they didn’t reveal.

The wireless, as is the case with many traditional forms of commercial media, isn’t in great shape.

One seasoned media insider pointed out to Media Week that the overall numbers showed the power of the ABC – but didn’t show the growing influence of community broadcasters.

While radio formats stagnate and become hostage to national agendas and tastes, community stations are free to experiment and provide something local and unique.

Most of the ratings focus is on audience share, but the deeper measure of “cumulative” audience is more telling.

The stats, however, he pointed out, don’t show community stations, of which we have several strong performers – particularly Fresh 92.7 and Coast FM.

If you add audiences for Coast, Radio Adelaide and the small stations to the mix with the ABC, the power of commercial radio is looking weaker again.

Add personalised music services, such as Spotify and Pandora, into consideration, along with the booming podcast sector, and commercial radio’s hold on our collective ears is looking very shaky indeed.

It’s clearly time for innovation and risk-taking – two traits that haven’t been seen in commercial radio for quite some time.

Three years after the last attempt at a South Australia food and wine magazine folded, an Adelaide publisher is having another go at giving the state its very own gourmet glossy.

Sumptuous magazine, launched by local publisher Jigsaw Media before it was taken on by Melbourne publishing house Hardie Grant, survived for a decade before being closed in 2013 (your columnist was once editor of Sumptuous).

Perhaps not coincidentally, that magazine’s final editor – Sky Harrison – is on board with the new attempt, called Currant, which will be a rebadging of generalist glossy magazine Aspire.

The publishers, Newstyle Media (formerly Free Run Press), plan to release the first edition of the quarterly magazine in September.

Like some of its other titles, such as Adelaide Hills Magazine, it will be free.

They’re promising an online presence to back up the glossy mag, which will cover food and wine news, restaurants, issues, people and recipes.

Their PR blurb also includes the following line, which may or may not be a crack at some of the buzzy food and wine websites cropping up around town: “Currant goes behind the hype to get the real stories – we won’t be raving about a new place just because it’s new.” 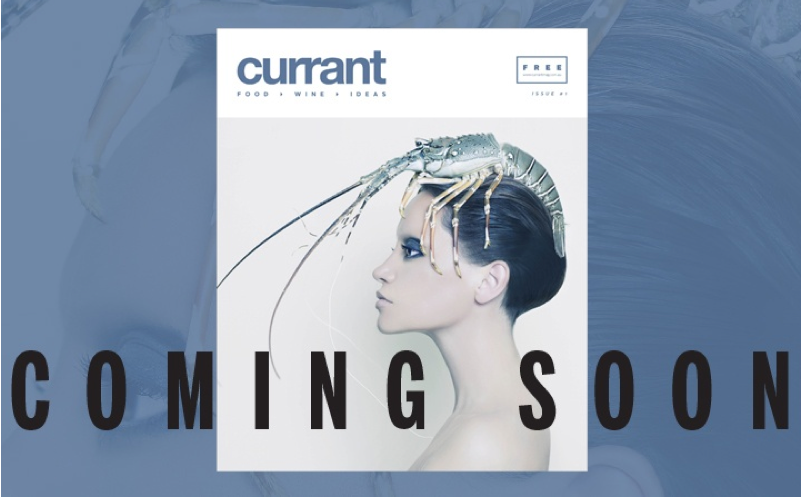 A sterling line-up of “disrupters”

InDaily is gathering an impressive collection of creative business people for our “Disrupters” event in June.

The event is designed to give local businesses inspiration and guidance about finding new ways to do business, exploring the tools used by entrepreneurs and innovative companies to find unique paths to success.

We can also announce that Elaine Stead, investment director at Blue Sky Venture Capital, will be bringing her insights to “Disrupters”.

Stead is responsible for managing Blue Sky’s venture capital fund and portfolio. Originally trained as a stem cell biologist, she has spent the last decade working in innovation and investment.

Get in early to secure your tickets here. Earlybird offer ends soon.

The PR honchos for the Adelaide and Port Adelaide football clubs are coming together to reveal how they go about managing the enormous 24/7 communications task for the state’s two AFL teams.

The event, to be held over lunch next Thursday, April 28, is being run by the South Australian chapter of the Public Relations Institute of Australia.

For details and bookings, go here.

It happens to many journalists and news outlets at one time or another – a big splash that turns out to be a big damp squib.

But sometimes, these reports can have huge consequences.

There were few page-one splashes in Adelaide back in 2013 that were as startling as the story that led the paper on January 24.

Under the screaming headline, OIL STRIKE, the paper declared that independent reports had found that South Australia was “sitting on oil potentially worth more than $20 trillion”, enough to turn Australia into a self-sufficient fuel producer.

The story went on the explain:

Brisbane company Linc Energy yesterday released two reports, based on drilling and seismic exploration, estimating the amount of oil in the as yet untapped Arckaringa Basin surrounding Coober Pedy ranging from 3.5 billion to 233 billion barrels of oil.

At the higher end, this would be “several times bigger than all of the oil in Australia”, Linc managing director Peter Bond said.

“This has the potential to turn Australia from an oil importer to an oil exporter.

“If it comes in the way the reports are suggesting, it could well and truly bring Australia back to (oil) self-sufficiency,” Mr Bond said.

The problem – particularly for the many mum-and-dad investors who bought Linc shares on the back of this great news – was that the story started unravelling almost immediately.

Linc itself warned that the Tiser story had overblown the value of the resource, even as investors were clambering on board in the days following publication.

In the years that followed, the oil price collapsed and Linc’s dreams of an outback oil strike evaporated.

By 2015, the company was declaring that a US-style shale oil boom was impossible in South Australia.

Last week Linc Energy went into voluntary administration, only weeks after being committed to face trial on five counts of breaching Queensland’s environmental laws in relation to its underground coal gasification operations.

The original story remains on The Advertiser website – a cautionary tale for journalists and investors alike.

As the old model of journalism continues to collapse, some journalists are – ironically – doing great work in explaining the demise of our own industry. This piece by Jim Rutenberg in The New York Times is a great example, starting with a ridiculously popular Buzzfeed stunt in which staff exploded a watermelon using rubber bands, and ending with a warning about losing journalism’s core values. (The pedantic correction at the end is the cherry on top.)

the watermelon … is us